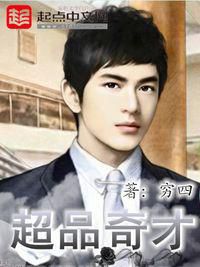 Must make on the main item

Must make on the main item

Lets him do what he pleases, historical change changed, depending on his present net worth, even if no prophet, same can mix the wind and cloud. Also looked at the development of Russia, probably he to internationally situation, did not have anything to affect greatly, these do not think that the ship arrives at the Qiaotou nature to be straight.

„Chief Feng, Chief Feng? Don't you who I said a moment ago approve?” Zong Qingxian thought a moment ago one said is very good, but he said that what didn't Feng Yu have to respond?

„, Sorry, I remember point other matters. A moment ago you said gradually expands the service of milk product and tea drink, reduces the Wahaha child oral the service is right?”

Zong Qingxian nods, although he is very curious, Feng Yu a moment ago because of any matter god, but Feng Yu did not say that he is not inquisitive.

„This point, you decide well, I completely agreed. Did the rising sun puncture vine leave the canned tea drink, Wahaha has not planned to promote?”

„Naturally will also promote, but actually canned does not compare bottled popular. Because bottled not being able to drink up can twist the cover, has not feared to sprinkle, but canned operated the cover, must drink up. Another our tea drink is not the carbonated drink, their, should be unifies the characteristics of our tea drink and Jianlibao, but I think am the weird creature, cannot develop.”

Zong Qingxian rose extremely to despise to the rising sun, this Feng Yu thinks that was not very good, once the rising sun rose to rise, wants to step on to be possible again not to be easy. However is good because of Zong Qingxian has paid attention to rising sun to rise, must have the symptom of rising, steps on again also with enough time.

„My previous time you told that promotes the matter of the fruit punch and carbonated drink, you consider how?” Feng Yu asked.

„This I also find person to do the market survey, the market of carbonated drink was very mature, we promote, by our Wahaha brand, the sales volume will not be bad. But fruit punch, market, although has very large space, but other Corporation short has also promoted, except for coconut tree juice. Does not have the fire.”

The Yeshu coconut tree juice, in the previous generation is also a legend, Company that is loses money the cannery that reforms in successive years. Before Feng Yu, does not have remember, waits for remember time. The Yeshu coconut tree juice has developed, natural coconut milk, but also has several international food patents, last year was entertained the drinks by the localization state banquet, the crest of wave is unmatched.

Feng Yu makes Zong Qingxian discuss. While the Yeshu coconut tree juice development has not expanded, this Corporation purchases, or draws back one step, the holding is also good.

But island here leadership manner is very firm, let alone was sold or controlled stock, wants to hold share is not good. The Yeshu coconut tree juice, has exported the Asian many areas, this year the goal is to export Europe and America, this type not only makes money, and can gain the achievements Company. How they will allow others to buy stock, even if Wahaha has the sincerity not to be good again.

Did you bid high, had not had a liking for the profitability of our Yeshu coconut tree juice? If not make money, why you do spend these much money?

Since cannot buy, cannot buy stock, the idea of Feng Yu is, shuts off coconut tree Corporation other projects, enabling it only to monopolize the coconut tree juice and canned food, the other services of previous generation, Wahaha starts first. For example other tastes fruit juice, Eight Treasures Porridge anything.

What Feng Yu thinks, previous generation that very famous Fenshui bright Cola, is known as the China person own Cola. At first promotes, the route in principal rural surrounding city, the effect was also good, starts to make a lot of money very much.

But when Coca Cola and Pepsi Cola collaborates, adopts the reduction to the Cola, increases the capacity of each bottle, looks after the red star represented and other method/trick, the might that the Fenshui bright Cola could not withstand two collaborations, vanished finally.

These method/trick, are very actually simple, the point of most core is, burns money!

The reduction, increases the capacity to ask the star to represent, is the matters of spending. But the economic strength of Fenshui bright Cola, definitely is unable to compare with the world two big drink giants, cannot withstand is also normal.

But this move, Wahaha can also use. On having the economic strength, Wahaha this time market value, has surpassed the past Fenshui bright Corporation peak the time, if really fights the price war, Wahaha does not fear, even can launch the price war, because the Wahaha market layout is better, artificial transports, the cost lowers compared with that two Cola Corporation a lot.

If really puts together the price war, if that two dare to lose money to sell, Feng Yu can accuse its monopoly. This is China, is the Wahaha home game, the beneficial conditions of timeliness , favorable geographical conditions , and unity and coordination of the people, can win absolutely!

Carbonated drink that Zong Qingxian most wants to start, is the Cola. Initially Pepsi can from surrounding of Coca Cola, break through a tight encirclement, although there is relations of anti- monopoly, making Coca Cola not dare to go too far, but Pepsi can grow to the present situation, fought with Coca Cola Corporation repeatedly.

Others line, as the local bully, has no reason not to be good. He lets the person now in the research fun formula, did not seek the taste to be exactly the same, so long as tasty sufficed.

The patent protection time of this Cola, already passed in any case, but formula nobody knows. But main ingredient, clarity that writes on bottle, but the proportion does not know.

„Except for the Cola, hasn't thought other? For example increases other fruit-flavors carbonated drinks, what Apple taste like, the grape taste, the orange taste wait / etc., I remembers that our China most popular fruit-flavor drink, is the orange juice?”

Feng Yu thought that only then the Cola, is not quite easy to remember, instead will make people think is the mocker, might as well promote two Cola Corporation directly in the carbonated drink type that China has not promoted, instead will enable Wahaha already to win the market, but can also win the reputation.

„Does the carbonated drink of fruit-flavor, look like these small drink factory production soft drink?” Zong Qingxian somewhat hesitates. That soft drink isn't, each city has? Even many counties have the factory.

Calling soft drink that „they produce, we produce, did not call soft drink, for example called the ice to be crisp. Don't forget, but our Wahaha the domestic beverage industry hottest brand, one bottle of water, get our Wahaha three characters, the value is different!” Saying that Feng Yu smiles.

Called the kiwi fruit like the home, from the overseas import, called the kiwifruit to be the same, was actually a thing. Similar truth, small factory production calling soft drink, but the Wahaha production, completely was different!

Zong Qingxian nod looking pensive: „The meaning of Chief Feng, is the same with the Cola , to promote around 51, catches up with the summer drink busy sales season?” Called the ice to be crisp, that definitely was falls the hot weather the meaning.

„I such considered that how to do specifically, you study well. The fruit juice is also I thinks that a very good development direction, our ad calcium milk, why hasn't been able like the drink, to leave greatly bottled? The drink type can have, this aspect you have the person to study, we must in five years, sit to leading Boss of market!”( To be continued.)

Stay informed of NEWEST chapters of Extraordinary Genius with notification directly sent to your email.