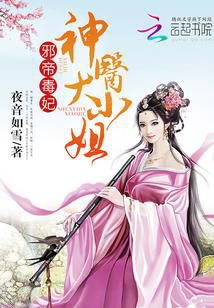 The list is a breath: "That, can you tell me who you are in the gang?"

The night feathers used their eyes to indicate the black wind and the sky, and the sky was the general manager of the gang. The record of the roster was all responsible for Tian Li.

"There are not many people, there are dozens." The black wind days, the palm of the hand flashed, and a list of members was handed to the list.

When the list is picked up, the pupils are shrunk when they see the person recorded and the name recorded above!

The strength of the bloody enchantress is enough to stand on the Ziyun continent! Although not comparable to those super-powers and ancient families, it is more than enough to sit on the side of the town.

Moving on the line of sight, Ling Feng, the ninth-order peak, Bud, the nine-level advanced repair is particularly conspicuous, more conspicuous, is the top three people.

The three-person revision is a blank, and it is obviously deliberately concealing the real cultivation.

The list is more and more heavy, and the person who can surrender Bard Lingfeng is definitely not low! Plus the one that has just been exposed by the night.

I have already determined that the repair of the night feathers must be more than nine orders!

"Heavenly brothers, I would like to ask, what are you doing now, the genealogy records, the cultivation of black and white double jade requires the same level of cultivation can be cultivated." Suzuki found an excuse for himself.

On the black wind, I smiled. "My repair is not high. Just in the early nineth stage, the black yarn is the mid-ninth, and the master is also the mid-ninth."

"The repair is not high, just the beginning of the ninth order..." The heart of the single child is bleeding, there is a kind of impulsive black wind and the vertical impulse!

At the age of less than 20 years old, the early stage of the ninth stage is still not high, and then the eight-level peak of his own... Now the list really wants to cry.

When it comes to repairing, the scene of the night feathers in the beautiful scenery flashed a scene. It was the first time that I saw the scene of the list. At that time, the left hand of the single child had traces of fire.

"Single school, if I remember correctly, when your visit came two weeks ago, your left arm was injured, and the injury was going on." Yu Yu asked.

Referring to the injury, the list looks complicated and looks at the opposite side of the black wind: "I don't want you, I have been stuck in the eighth-order peak for almost a year, and the refining technique has been stuck in the three products, no black jade hands, single It is more difficult for a family to break through the ninth order than other spiritual people. In the past few days, the frying furnace was injured when the four medicinal herbs were forcibly refining."

The night feathers gently nodded, the list was said to be the same as the dragon chubby guess.

Speaking and talking, the list looks strange and looks at the black wind: "You have no white jade hands in the black wind family. You are not as difficult as improving me. How did you break through to the ninth order?"

"This, thank you master, they helped me find this, after the refining and transformation, there is an inexplicable breakthrough." Black wind days lifted the palm of his hand, a golden flame through the body.

The violent energy is still with a metallic breath, and the eyes of the list become big again!"Let's say us, single brother, what is your white jade hand, let me see, I also open my eyes, the genealogy always mentioned, I have never seen it before." Black wind day looked curious Look at the arm of the list.

"You already have nine steps to repair, it seems to want to double with you. Repair, my early breakthrough." The list is a serious face.

The night feathers on the side were coughed up by the cicadas, and the other side of the black gauze was instantly chilly, and the gaze was staring at the list.

[At least 10 chapters are updated this evening, after 6 pm]