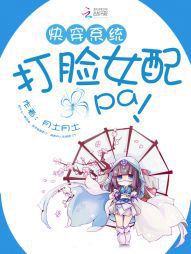 Liu was lying in bed at this time, discussing with Gao Song, and waiting for the summer to cool after the summer, how to make a good meal to her.

This sinister way is to think one after another.

For example, let her kneel on the mat with a silver needle, let her hold a hot and hot tea pot, and never let go, after releasing the hand, it is necessary to pour boiling water onto her body.

However, when this discussion came to the discussion, Liu felt that he was not satisfied. He bit his teeth and said, "These methods just make me a little dissipated, but it is difficult to solve my heart."

When Gao Hao heard this, the eyes turned, and the bad thoughts immediately got up, and the Yin smiled and said,

In this way, we can give her a rod or sell her! Even if the master is back, after knowing this, you can't say anything, only praise us for doing the right thing! ”

When Liu heard her say this, her eyes flashed and she smiled and said, "What I said is that I thought of her high. But it was the woman who bought it." Abandoning her, even if it was taken off at this time, or was killed, no one cares."

Gao Yi listened to Liu’s consent, and even praised himself. He immediately smiled happily, and then began to discuss with Liu’s very high interest.

However, just as they were in the excitement of the discussion, Yan Hongmei ran in and panicked and groaned in his mouth. "Mrs., wife, the two grandmothers got an emergency, and this is going to die!"

"What?!" Liu listened to this and immediately sat up from the bed and asked with a loud voice, "What happened?!"

"Mrs., the two grandmothers look like they are scared to death..." Yan Hongmei said everything she saw in the spring breeze, Barabara’s opening.

While telling, while recalling, I thought of the white foam in the summer, and I felt twitching, and I couldn’t help but shake.

After listening to her story, Liu’s eyes blinked and said, “In my case, I still have a living and alive. After this time, less than half an hour, suddenly I am sick. Is it not sick? ?!"

When Gao Hao listened to this, it was also awkward, and he said, "Yeah! This is too embarrassing. It’s just too sick. It’s not too greasy, the old slave is unbelievable. ""

"Oh! My wife, hey, that little grandmother is really sick! She has a red rash all over her body, and she is still twitching, her eyes are slanting, and she is sick. It’s not too human! It’s terrible! I heard them. I have already gone to the doctor, and there are two young masters, who are also scared by the mad cough. When they look at it, they will faint. The entire spring garden is in a mess!"When Hongmei listened to her wife and Gaochun and didn't believe her words, how could she do it, immediately began to increase her persuasiveness, and finally nodded, squinting, looking at Liu and Gaochun, one heart Want to get their approval.

"Is it really really an emergency?" Liu said that Hongmei said such affirmation, and this heart is inevitably shaken.

"Really. My wife, it is true. Dongxiang also said that this disease can be transmitted." Hongmei said.

"After the doctor has seen it, I will call the doctor. I have to ask myself." Liu naturally did not believe this, and told Gao.

"Yes." Gao Song said, and some regrettable said, "If that Xia is really ill, it is a good luck, let her hide."

"Oh..." After listening to this, Liu’s mouth was hooked, and a sinister flash of light flashed in his eyes. The ironic mouth said, “Hide past? Unless she dies, if not, she will wait to be ruined.”

Three days later, since I asked the doctor, Liu knew that Xia’s really had an emergency. He listened to the doctor’s diagnosis and said that it was a rash that was covered. Not only the strange infection, but if it was not good, I would probably stay. Under the print.

"Oh, you are right, that little man, people are really a good luck, this disease, but it has escaped this shackle." Liu snorted, thought of something, and said with a smile,

"She has a print on her body, and it is not beautiful. Xuaner will not remember her. When she goes down, she will be rewarded with a long-term job. When she is finished with the bad, she will be guilty of a long-term work." Then she will give her a rod."

"Mrs. You are right." Gao Yan smiled and said.

At this moment, there was a saying outside, Dong Xiang came over and asked to see his wife.

"It has been three days, and Dongxiang should come. I don't know if Xia is a little better." Gao Yan said as he spoke to Liu, and let Dong Xiang go back and forth.

"I have seen my wife." After Dongxiang entered the house, he went to Liu for a ceremony and said respectfully.

"Let's say, in recent days, the sick man and the little sister, did not give me anything?" Liu took the tea pot, took a drink, and said.

Dongxiang heard Liu’s name for his young master and young grandmother, but he couldn’t help himself. While he was in the heart of Liu’s swearing, he smiled and smiled at Liu’s smile and said,

"Two young masters are still the same, saying that one sentence can breathe for a long time, just like the death. The rash from Xia's body has improved, but it is a shallow red mark. Ugly."

When Liu listened to the words, he couldn’t help but smile and nodded with satisfaction.

At this time, Dongxiang took out an item from the sleeve and wrapped it with a scorpion, revealing a corner and said, "Mrs. What do you think of this thing? I found that Guan and the second master seem to cherish it. Looked like, secretly took it over and gave you a glimpse.

While talking, I handed things to Liu.Liu just glanced at it, and immediately rushed from the hands of Dongxiang, took it in his hand, looked back and forth, and his eyes flashed a variety of emotions.

"Hey? My wife, this thing?" Gao Yan also carefully groaned, and felt a bit familiar, and said with amazement, "Is this the old man who gave the Yuan's Cui Ruyi?"

"Yeah." Liu took this jade wishful and said, "That is, when I was still a master's room, I saw this thing and asked the lord. But I didn't want it. Finally, the lord gave it to Yuan. That monk!"

At this time, Dongxiang was amazed at the fact that his young master had learned about Liu. Choosing this thing would make Liu’s unwillingness to let go.