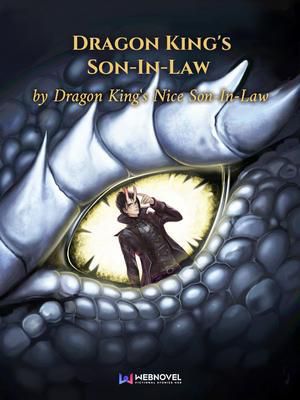 Volume I Chapter 347 The Strongest Inquisitor

Volume I Chapter 347 The Strongest Inquisitor

This news made Hao Ren a bit surprised.

"Now, the Dragon Temple thinks that I am seriously injured, my skills are retreating, I can’t perform the duties of Inquisitor, so Donghai City is in the absence of Official Inquisitor supervision, and Qin Shaoyang transferred to Donghai City, which is such an opportunity."Su Han went on to say.

Hao Ren knows that Qin Shaoyang is the heart of the Gold Dragon, and the Gold Dragon is the one with the fewest and the strongest individual strength in the entire Dragon Race. Their average strength, closest to Heavenly Dragon, is the most detached in the Dragon Race Cultivator circle.

Qin Shaoyang Since he was born in Gold Dragon, he must have his special status in the Inquisitor System. It is also his means to adjust the Donghai City gap for Su Han for several weeks without monitoring the gap in Donghai City.

Well“What are you going to do?”Hao Ren asked Su Han.

"My strength has not recovered, the breakthrough caused by Divine Pill, the realm has not yet stabilized, I am going to take a rest in this Dragon Palace. Moreover, I don’t want to make positive contact with Qin Shaoyang and wait and see. ”Su Han said.

"That is, you pretend to be seriously injured, so I dare not come out and compete with Qin Shaoyang for the power of Inquisitor. See what Qin Shaoyang wants to play, right?"Hao Ren asked her.

Hao Ren gave her Divine Pill, the effect was unexpectedly good. Actually, she is stronger now than before. If Qin Shaoyang does not have a big breakthrough, Su Han wants to suppress Qin Shaoyang is easy, but she just wants to see Dragon Temple’s attitude on this matter.

In the past, Dragon Temple transferred Qin Shaoyang to the bitter cold northwest, which was to take care of Su Han’s face. Su Han is one of the strongest in the inquisitor of the assignment. If Su Han removes the position of Inquisitor, there is one stronger in the Inquisitor System. Therefore, if Dragon Temple wants to keep Su Han, it would rather punish Qin Shaoyang.

Inquisitor is injured outside and can return to Dragon Temple for recuperation. Dragon Temple is full of resources, a variety of Spirit Pil medicines and treatments. With Su Han’s status, the resources available can be more abundant than that of Donghai Dragon Palace.

According to regulations, if the regional Inquisitor goes to the Dragon Temple to retreat or heal, then Dragon Temple will send a new Inquisitor to take over his area. Su Han didn’t go back to Dragon Temple, just didn’t want to let go of Donghai City.

But at this juncture, Qin Shaoyang came to Donghai City and temporarily took over the “defense” of Donghai City, which seems to indicate that Dragon Temple’s attitude towards her has changed.

Do not trust, don’t worry, or what…

To be sure, Dragon Temple and Qin Shaoyang both believe that Su Han is not as strong as before.

Donghai City is the closest land city to the Donghai Dragon Palace. There are also three other big cities in the Dragon Palace. The Dragon Temple is sent by the Heaven Level Inquisitor. It should be said that the four regions of Inquisitor are in the Inquisitor system. The elite of the elite has the highest status, the most power and the strongest strength in the regional Inquisitor.

As for the parade Inquisitor, it is theoretically possible to intervene in any area of ​​affairs and investigate various details, but the four major cities closely connected with the Dragon Palace are definitely the four highest-ranking regions of Inquisitor’s territory, any outside Inquisitor, if random If you intervene in these four cities, you will definitely not be able to take it.

Qin Shaoyang, who is still in high position in the cruise Inquisitor, last time rushed into Donghai City, intervened between East China sea and West Sea, challenged Su Han’s authority in Donghai City, and finally transferred to the bitter cold northwest. A small area of ​​Inquisitor.

"When is he coming?"Hao Ren asked Su Han again.

"It will come soon. I don’t plan to meet him, but you are my Assistant Inquisitor and I am destined to have a confrontation with him. Of course, you don’t have to be afraid of him. If he dares to be against you, I will take it decisively. ”Su Han said faintly.

Her tone is very flat, but her eyes are sharp.

As the Assistant Inquisitor, Hao Ren is doing the wrong thing, and that is the Dragon Temple. If Qin Shaoyang dares to do something to her people, Su Han will never be soft!

Ok, i know,Hao Ren nodded. Now that he has practiced 75 baht, his skill has increased by dozens of times. He is sure to beat Qin Shaoyang of Earth Level, but certainly not as weak as before.

"I just came over to see you, nothing else, time is not early, I will go back."Hao Ren looked at her again and smiled and said.

"Mm."Su Han nodded and smiled slightly. Unlike the cold and decisive, just moving the footsteps, Su Han, who took Hao Ren to the door, showed some tenderness.

“Right,” Su Han said suddenly and crisply. “You gave me Divine Pill, the effect is stronger than the nine-piece Golden Pill that can be refined. If there is a chance in the future, I want to talk to you separately. One Nine Dragon Palace."

“Do you know where Nine Dragon Palace is?”Hao Ren turned her head and asked her.

"The highest will be at Seventh Layer Heaven, and it will never be on eight floors. Looking for, you can always find it. ”Su Han said.

She has never relied on immortality to enhance her realm, but the effect of several Divine Pills this time has filled her with surprises. To reach the Heaven Level middle rank, it is difficult to climb to the next level. It is difficult to do it by hard work. She knows that Donghai Dragon Palace has some Divine Pill, but I don’t expect to get it from them, so I want to take another chance. Nine Dragon Palace.

"Well, if you go, call me."Hao Ren promised if he didn’t want to.

Su Han was a little surprised by this refreshing.

"In addition to the ancient Divine Pill, there are a lot of ancient cultivation techniques, the ancient magic weapon, if you can go in, you can turn around."Hao Ren said a word and pushed the door out.

And Hao Ren’s casual words made Su Han tidal. There are countless treasures in Nine Dragon Palace. If you can understand a proper cultivation technique and get through the blood of ancient dragons, then ascends Heavenly Dragon is no longer a dream.

The momentum of the dragon and the tiger seems to break through the Mountain Level?

Su Han bowed his fingers, how many days have passed, and Hao Ren has opened more than 20 acupoints? His qualifications are ordinary, the cultivation technique has its own characteristics, but it is also a cultivation technique that is known for its calmness. Is it at the level of my Heaven Level and when it is time to look away?

If you lick Nine Dragon Palace again, this kid will not be burdened anymore…

Su Han patted her chest with her hand, and Qiu Niu screamed, and still made her feel awkward. The kind of overbearing energy directly shocked her Heaven Level Expert.

If you don’t protect Hao Ren, you may not be so seriously injured. However, look now, what I did at the time is worth it…

Stay informed of NEWEST chapters of Dragon King’s Son-In-Law with notification directly sent to your email.