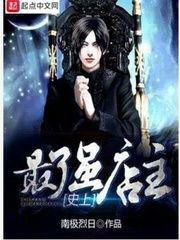 By Scorching Sun of South

Zhouyang is looking at confident Lu Buwei, that disturbance in Lu Buwei heart, perhaps is not to his reform proposal does not believe.

Lu Buwei not clear can punish him, even if 1% probabilities he cannot lose.

However he stood, explained that he was very confident to oneself reform proposal, for emerged from ten thousand Jielou the staff, this was must wrestle the future with the future.

„Worthily is the biggest upper dog who hoards as a rare commodity.”

In the Zhouyang heart sighed secretly, from a merchant to Qin prime minister who the power leans the world, Lu Buwei's success is the intelligent prudent and meticulous deployment obtains.

„What reform proposal has?”

The Zhouyang facial color is indifferent, not, because Lu Buwei interrupts his ponder to be angry.

After all is on own initiative the staff who he lets ten thousand Jielou asks the issue.

„My reform can induce is two characters, the limit.”

Lu Buwei obtains agreeing of Zhouyang, in heart restless has put immediately, on the face is glowing the red light.

If the reform proposal were accepted by the shop owner, his Lu Buwei will leave behind the dark ink serious wound in ten thousand Jielou.

This is ten thousand Jielou, in world is most unreliable the wonderful place, if his Lu Buwei can stay behind together the trace.

Even if died immediately, he is also well satisfied.

„Limits the customer to enter ten thousand Jielou the jurisdiction.”

„They can pass in and out ten thousand Jielou at will, therefore is unable to serve the purpose of hungry marketing.”

„Because in ten thousand Jielou, they can pass in and out, definitely when can wait till must use that commodity will purchase, causes the majority of value dot product to have in the hand of customer.”

„Once the customer has not been the quota, then they will lose enter ten thousand Jielou the qualifications.”

In the lounge, must wait for person high, including Zhouyang one face dull is looking at Lu Buwei, good fierce psychological warfare.

Lu Buwei deeply inspired, takes a look at the people who fell into the ponder, he satisfies to sit.

After this reform, in ten thousand Jielou the purchase potential of customer, immediately squeezed clean.

„Everybody has any opinion, can speak freely.”

They said that is also and Lu Buwei a commercial rare talent of rank, pointed out the reform proposal that Lu Buwei proposed which issues had, wasn't easy?

After Zhouyang wants to have a look at they improve the reform proposal.

„Regarding Lu Buwei's proposition, I am the basic approval.” Fan Li looks at silent Shen Wansan and the others, first opens the mouth to say.

„Everybody is very clear, closes up the cultivation requires certain time.”

„During for example closing up of practicing breathing exercises time, approximately about one day, but to building the base period, sometimes even closes up ten days of half a month, if the customer of gold/metal pill time and Yuan god time?”

If limits like this, will pass some are powerful, some commercial value many customers.

„This issue I also think, if has not punished, they strictly will observe how the quota system?”

Lu Buwei has not been surprised too big regarding the issue that Fan Li points out, because the insufficiency of his clear this definition condition.

However except for this penalty, but can also punish?

Lu Buwei eyes narrow the eyes, a face sneers, this is the procedure of most idiot.

Because, ten thousand Jielou such high-quality store, you cannot meet the expense standard, the shop owner can definitely refuse you to enter.

But if punishes the value point, then ten thousand Jielou table manners this ugly?

Because he knows, when you hate a business, you also come this business to buy the commodity, will only buy the most urgently needed commodity.

„This will create customer rebound psychology, is not the final time, they can leave a value point.”

Lu Buwei vision is staring at Fan Li, is having an anticipation, is bringing a dignity.

„ Can limit certain time, three months and five months or a half year, restores the customer to enter ten thousand Jielou the jurisdiction again. „ Fan Li placed the left hand on white beard to stop.

„If appears the second time, then the limit time increases.”

„It is not good, three months is too short, at least a half year is good.” Lu Buwei deeply looked at a Fan Li, although have not belittled him.

However he can in such quickly uncover the loophole of reform proposal, moreover finds out means of complement, he somewhat dreaded.

Good, is not the admiration, but dreaded.

Among ten thousand Jielou the staff also has the competition.

High must by loyal and diligent holds the thigh of Zhouyang tightly, Cui Wenzi is closing right up against the refine the pill of immortality talent that the ghosts and gods not measure, the big snake pill closes right up against mental illness brains

Arranges the matter to give from the shop owner each time wants high, Lu Buwei looks clear, is more diligent than loyal and management, nobody can surmount again wants high.

The big snake pill is also the successor occupies in the laboratory, several other people similarly so.

However is responsible for this in the trade, did not have the genuine leader.

Fan Li had been sent to be the steward in branch store, Lu Buwei knows that does not display itself, later he must only be able to occupy under Fan Li body.

Why this is also he rashly proposes this reform proposal, even leaves behind part of small loopholes intentionally, to give his staff makes up the hole opportunity, participates in the formulation reform proposal together......

Because of this reform proposal, basically offended all ten thousand Jielou customers.

After all each value point, has certain status in the heart of customer.

After each value point will ponder over and over, uses in the place that should use.

But his reform proposal is to let all ten thousand Jielou customers forces to spend the value point, no matter you do have the commodity that needs to buy.

If ten thousand Jielou the customer does not know that is reform proposal that Lu Buwei proposed, but also possibly is well.

However once discovered that is reform proposal that Lu Buwei proposed, Lu Buwei can guess correctly oneself fate easily.

Was beaten severely one to arrive not possibly, but will be isolated absolutely, becomes the person sees the person wicked villain.

„How this reform proposal executes, is the biggest problem.”

Does this have what issue?

Who dares to have the opinion?

This is not the fine, this is the custom.

„I suggested that takes each world to have the large-scale confusion for the reason, put forward the limiting condition, this can graft on each world rampant customer this hate.” Shen Wansan facial color indifferent say/way.

Lu Buwei was actually in the heart curses Shen Wansan unexpectedly shameless learning flattering, without a trace that but also patted.

Takes each world to fear chaotic creates box-up for the reason, the shop owner put forward the limiting condition, in the minds of all customers, Zhouyang was the sage of bemoaning the state of the universe, pitied the common people, offered this bad plan.

Not only will not hate Zhouyang, will also admire the Saint virtue of Zhouyang.

„Shen Wansan does not know when learned flattering?” Lu Buwei also somewhat dreaded to Shen Wansan, this is also a powerful competitor.

„Should better is not we begins.” Mi Zhu Qing breathed a sigh of relief, said slowly.

„Should I recruit several advisers?”

All staff vision stared on Zhouyang, the reform proposal they say again give an exaggerated account of things, money way was limitless, but needed the shop owner to give the final word.

Stay informed of NEWEST chapters of History's Strongest Shopkeeper with notification directly sent to your email.