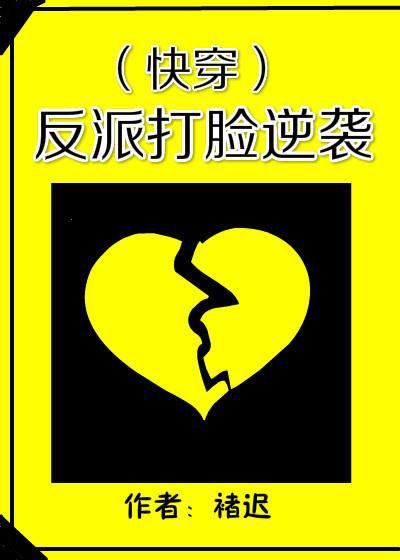 Everyone contacted Wang Ying and started talking on the road.

Because they did have a mind when they had a meeting,

Now they are not playing Zhou Xu,

If you played Zhou Xu,

In order to divert everyone’s attention,

Ding Zhaoyu said that Zhou Xu’s ability is not normal. Zhou Xu did not conceal the truth: “The zombie nucleus can increase the ability. This is the base research institute is studying.

And I am the subject of the experiment. Do you have any opinions? ”

Sure enough, everyone has turned their attention to this point, Ding Zhaoyu breathed a sigh of relief,

Zhou Xu is sneer at the corner of his mouth.

This time you can't die, it's because the players come over.

If there is still next time,

Are you so lucky?

It is hard to say.

Everyone is immersed in the things that the nucleus can enhance their abilities.

Ding Zhaoyu and Tang Yuxin only looked at the eyes of Qing Xing, who had already been transferred.

Zhou Xu took the opportunity to continue to go inside.

Because he found that Zhou Xu, whom he knows, seems to be very different from Zhou Xu, who actually looks down, the sullen gaze, your sinister sight.

It’s different from the warm man he thought he was like a spring breeze.

However, such a contradictory Zhou Xu, he is very interested.

Xia Qingfeng's brow wrinkles, why Zhou Xu has to come here, why do you continue to go when everyone is not paying attention, why is he looking around, do he know that there are people here?

Looking at the status of his father, Zhou Xu found that he was a little bit out of water because of the lack of water for a long time.

"Xiao Xu, is Xiaoxu?" Zhou Kang's nephew has been dumb, and he can only speak with his voice.

Zhou Xu held his father's hand and said, "Yes, Dad, I am Xiaoxu, can you sit up, drink some water first."

Xia Qingfeng helped to help Zhou Kang sit up in the past, Zhou Xu made an abilities, spewed a small line of water in the palm of his hand, and then put his hand to his father's mouth.

Zhou Kang's body is extremely short of water, although there is food, but after all, do not drink water for a long time, the body can not stand.

Did not let his father drink too much, because Zhou Xu knows that in this case, he can only slowly replenish water, drink too much water, and his father's body can't absorb it.

The spirit slowly recovered, and Zhou Kang could not believe that he even saw his son again.

With tears in his eyes, he wiped his tears and said, "Xiao Xu, I thought I would never see you again. I thought you were eaten by those ghosts. I dare not think... Every day, I said to myself that I can't die. I have to go back to my hometown to take a look. Maybe you are fine... I didn't expect that you are really okay, I am so happy... Xiao Xu, I am scared to death... If I can't find you home, I don't need to live..."Zhou Xu gently patted his father's back, Zhou Kang changed from wandering to choked, and finally calmed down, Zhou Xu was so holding, gently patted, as if to marry a child.

Xia Qingfeng's eyes slowly dimmed, the same father and son, there is a kind of father in this world who can go down to his son.

Xia Qingfeng vaguely remembered that when he was a child, his father was in a bad mood. He picked up the stool and squatted on himself. The stool was broken. Xia Qingfeng also lost consciousness. What was his mind at that time? By the way, it is revenge. It is the hatred that the father must kill with his own hands to support him to live. At that time, he was not more than ten years old.

He never knew what the reason was, even the mother. He never saw a good face and wouldn’t fight, but he often groaned, what waste, useless, stupid, and came.

In his twenty years of life, Xia Qingfeng's happiest day is the day when the last days broke out. The whole world is painful, helpless, and lonely, just like him.

Those desperate eyes and miserable shouts made Xia Qingfeng feel happy. He hoped that human beings would all die like this, even waiting for him to become a zombie, but in the end he did not become a zombie, and he broke out.

After the breakout of the power, he was forced to compare with ordinary people, and his father and mother began to become charming and flattering. The pleading in the eyes made Xia Qingfeng feel sick, and he even lazy to kill them.

The eruption of the last days gave Xia Qingfeng a way to vent. He could kill the zombies madly, and no one said anything about him. This unusual and embarrassing way of venting has always supported the spirit of Xia Qingfeng.

Xia Qingfeng thought that he would not be interested in everything, until he met Zhou Xu.

The first time he met, he was shocked, because the figure of the battle in the zombie group was too amazing, the movements without any muddy water, the fatal speed of the knife, and the devil’s eyes were all about the violent beauty. .

After meeting again, Zhou Xu is not the appearance of this evil. He is gentle and kind. The smile seems to have a temperature. It always makes Xia Qingfeng’s heart tremble.

Now seeing Zhou Xu, Xia Qingfeng feels that this feeling may be embarrassing, he can be so generous, he can put the whole world in the eyes of the warmth, and he does not put the world at all. Gas volume.

He has been pursuing, but now, Xia Qingfeng suddenly thought that if he could always be around Zhou Xu, whether he is a ghost or a spring breeze, it does not matter.

Perhaps, love is often the same, but in an instant, it is decided that non-people can't.

Zhou Xu wished to harvest a large number of potatoes under the advice of his father Zhou Kang. What surprised him even more was that on their way back, they encountered five or six low-level zombies. Basically, two people could not be together. Biting, then how was the father of the last life bitten by the zombies? Zhou Xu was haunted.

Sure enough, the so-called protagonist, but because his despicable is called strategy, and the demeaning of the villain can only be called tricks.Back to the base, Zhou Xu turned over all the potatoes, and the base began to grow on a large scale. The potatoes are easy to grow and the yield is high, so after a few months, the potatoes have become the main food source of the base.

Zhou Xu was also taken seriously by the top of the base and entered the leadership of the base.

At the same time, the reputation of Ding Zhaoyu and Tang Yuxin spread in the base, but this name is notorious.

Wang Ying went to the Zhou Xu several times and was completely shut down by Zhou Xu. Gradually, the heart that wanted to climb him changed.

Three months later, Zhou Xu once again led the team to the task. This time the mission was more dangerous. It was to go to a military factory. It took more than two days on the light road.

Because he is a small leader, so some people do not want to go out of the task, Zhou Xu must go, just like this one.

This time, the three teams went together, a total of thirty-five people, twelve cars, three large trucks, three medium-sized trucks, and the rest were off-road vehicles.

Zhou Xu is not the chief commander of this mission. The commander of the other team is called Yun Yun, and the remaining team leader is Xia Qingfeng.

A few times down, Zhou Xu also felt that Xia Qingfeng might be interesting to himself. Otherwise, he would not always follow him. Although he still spoke coldly, his eyes were not so fierce, at least not so fierce for Zhou Xu.

Zhou Xu admitted that he loved Han Zikui and admitted that he saw it very well. He loved him to accompany him for the first time. He felt that he had done enough. In this world, he would not be shackled by the so-called moral cage. Han Zikui’s loyalty is disloyal to himself.

For Zhou Xu, love is an additive to life, not a must, but if it is, then it is better.

At this time, the power system has also been developed, and the zombie level has been subdivided. Zhou Xu is now a level six, Xia Qingfeng is seven, most of the rest are level four, and Ding Zhaoyu is five.

At the time of the mission, Zhou Xu knew that the mission was more dangerous, but he did not expect that they had been attacked by dozens of four-level zombies when they arrived.

Because the zombie attack was too unexpected, the whole team was in a mess.

What they didn't even think about was that there were two five-level zombies mixed in this group of four-level zombies.

The five-level zombies, as the name implies, are zombies that already have consciousness, and their abilities are similar to those of the fifth-level abilities.

Both the abilities and the zombies suffered heavy casualties, and the five-level zombies had nothing. Suddenly, their team members began to kill each other.

Zhou Xu was shocked and broken. There was a six-level zombie with strong mental ability in the zombies, which is also the zombie emperor.

Just in the moment of Zhou Xu’s moment, he watched Xia Qingfeng be smashed into his throat by his teammates, and blood splashed. In the sun, Zhou Xu could even see a small rainbow appear.

"Fuck!" Zhou Xu screamed and yelled at the controlled teammate who was thrown by a water bomb.

When people turned their heads, Zhou Xu saw Yin Yun slowly stand up and step by step to the warehouse not far away.Looking up, Zhou Xu saw the top of the warehouse, and a zombie in a red dress waved and greeted them.

Stay informed of NEWEST chapters of The Villain’s Face Slapping Counterattack with notification directly sent to your email.