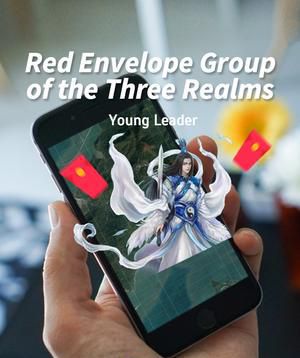 The two men behind him, there is an old acquaintance or Chen north, four families are one of the dragon, leaves home heir, Yetian Ling!

In fact, this guy Chen also met the North.

On the financial channels and networks, it has long been seen more than once.

This person is rich in the Chinese absolute sense, the contemporary master of the house leaves home, Yetian Ling's father, Ye Jianming!

His hatred of the enemy dead two poly one, this is not a good sign!

"Ah? Jianming, how do you come?" Witch a squinting, some asked, puzzled.

After all, the relationship between leaf and Bank of not so good, to the witch and Ye Jianming level, can not meet the basic is not met, Ye Jianming personally came mostly a major event!

Ye Jianming and Yetian Ling hand bend at the same time, the bow toward the witch.

Even two relations are not so good, some of the etiquette is not small.

After all, this is a witch Rendezvous four families in the highest seniority, of course, is not to be trifled most people!

Ye Jianming did not answer.

At that, the door suddenly heard a commotion, a dozen bodyguards would not achieve even the slightest effect, two shadows are directly rushed!

The young, it is known as the first Chinese Jianmen less mysterious genius of the master, Yoo Soon-Yi.

His hand still holding the sword that the false ryongyon, be replaced Chen's north, evidently no sword near future, do not know their own hands the sword was replaced by fakes.

This old guy's head and hands are still bandaged, apparently the last to be used Tomahawk missile bombing of North Chen has not hurt good clean.

"I withdrew all! Your blind dog eyes! Even the old sovereign Liu did not know, purely seeking death!"

If the dealer and leaves home together, just a coincidence, then, coupled with a willow family, but also said that a coincidence?

This three families normally have little common ground, if they have any common language, perhaps only three words - Chen North!

"Liu old sovereign but also for that person come?" Witch Yoo Soon-Yi glanced at the paper bag in his hand, directly guessed they had come.

"Good! Now that everyone's the same purpose, then please follow me into the hall to discuss!" Witch waved his hand, he said.

"Ahem!"Chen north dry cough twice, intends to highlight their own sense of place.

Moreover, three are his nemesis, Chen north course, want to go with them, listen to what medicine sleeve in the end they sell?

But witch obviously did not mean, Chen Sheng said: "!! Hao village you doing with my grandfather to go treasure-house, where the dispensary is complete."

His remark came a few new people are forced to look ignorant.

Zhuang Hao silly Leng Leng did not react when his more than a grandfather?

Even a full head of white Liu Xi Yuan, Chen has become the North nephew.

Witch explains: "Today, the old witch who do recognize the completion of the dry weight of grandchildren, so, starting today, the old witch is my stepbrother, Zhuang Hao dry grandfather the same time, but also our dealer, dedicated geniuses!! "

When it comes to worship geniuses words, witch deliberately raised her voice, his face is showing a deep sense of pride of color.

"Yes! Yes! I too grandfather medicine speaks, after what you want, you can come to him!" Bi village where his head to the side like a small point, like Jizhuo Mi, also sounded proud.

Ye Jianming Chen looked north lot, carefully asked:! "I heard some time ago, the hidden world of ancient Qingcheng faction dedicated geniuses in the making is a mysterious medicine expert after blasting Is this is ...... "

"Yes! You're an expert exactly what I Yoshie!" Witch proud gradually become proud.

Ye Jianming immediately hand over, Chen salute to the north, turned around, once said: "!!? TIANLING according to seniority you should call the doctor soon too old grandfather also froze the doing."

These are a few mean? When everyone is rushing to Xiaoye heavy grandchildren?

Chen North cheerfully said: "Naturally, like most of you know this young man of etiquette, Ha ha ha ......"

Looking at the scene, Huang Fu-ming wood heart is called a sour ah, how he has no this treatment?

"Grandpa! Without further ado, I go with you to this treasure house, right?"

Although he wanted to go to witch procedure, but there is no good reason, but likely to be forced to go with suspicion, or talk to Hao village treasury to say!

Chen Hao village along the North first enter a secret door, like a movie, like a secret door hidden behind a bookshelf.Moreover, after the secret door, there is a large section of the maze-like underground passage.

More importantly, there are a lot of precision in the underground passage of organs, forced entry into outsiders, will immediately touch the alarm, and even touched the deadly poison arrows!

There is no doubt, in order to guard the treasure house of the banker is really pains.

Of course, the more so, as evidenced by the more abundant resources treasure trove!

Turn on the key lock, Zhuang Hao his hands, pushed open the door that heavy alloy!

Stay informed of NEWEST chapters of Red Envelope Group of the Three Realms with notification directly sent to your email.