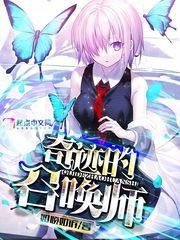 After for a long time change

After for a long time change

The center as Japanese Magical Society, Onmyou Agency's office whereabouts, are then approaching the Akihabara place.

About before one -and-a-half years, here once was hit by an attack of powerful criminal, once fell into paralysis Status/condition, and even has many places to damage.

Now, the office nature has fully returned to the original condition, this place of cultivating had been fixed, even to no longer have the same matter, by 《Binding Princess》 Yuge Mari as the management, conducted a radical strengthening office barrier, became compared with the past impregnable, was firm just like fortress.

But today, because of an urgent news, the time about one and a half years later, Onmyou Agency had a big confusion.

In some time ago, a highest instruction then issued from here.

„National First-Class Onmyouji that notice all can also act at present, conducts the emergency meeting in the Onmyou Agency first office.”

Therefore, one by one National First-Class Onmyouji hurried back to Onmyou Agency hurriedly, holds the emergency meeting to here.

In the conference room, Kurahashi Genji then sits well in first, is maintaining mental tranquility in eyes closed.

In the direction of the left and right, then sits Miyachi Iwao and Amami Daizen respectively, one with arms crossed, messy and dirty bangs covers the eye, cannot see clearly the look, one holding a paper fan, looks all around all around, an appearance looking pensive.

In addition, there is still one National First-Class Onmyouji on the scene.

More or less had some people of origin to gather with Rozen entirely in this place.

However, compares before about one -and-a-half years, these acquaintances had the change of more or less.

For example, Kurahashi Genji that unemotional callous appearance, but on the face were many many wrinkles.

For example, Miyachi Iwao's body presented some traces of burn unexpectedly, shoulders has not had in the past scar.

Again for example, Amami Daizen, although that unruly appearance, but in the eyes bright light wins, as if places in the dangerous situation general, continuously in appearance energetic is peeping at periphery all sounds.

Again then, three Independent Exorcism Officer also had the change.

The openness and vigor of Kogure Zenjirou body were short much, instead were many sharp aura, like one sharp blade of sheath, lets behind the person one cold.

Kagami Reiji cruel aura became more dangerous, in the eyes once for a while flashed through vicious and hot tempered appearance, simply like one momentarily ferocious beast that might bite, its behind, was follows one to be slender unexpectedly, is holding the long package, a face listless strange man.

Then, besides person who the above mentioned, also two people on the scene.

One is the year approximately 40, the hair combs is very neat, the side can see several white hair, the long body shou body, puts on one set of fashionable two-row to take away the suit, the chest front pocket is putting a handkerchief, the expression on face is quite indifferent, complexion also inexplicable bad middle-aged man.

One is seemingly astute capable, lets the person immediately mental association to 『Sharp』 this phrase, the physique is symmetrical, having regular facial features, the age is very young, as if less than 20 years old, same puts on the suit, only takes away the suit somewhat to put on the single line along with being popular, tie, has pair of impressive chilly eyes, is seemingly extraordinarily talented, but some self-designated extraordinary attitudes, making its whole body send out the so arrogant that no-one else matters aura youth.

The above altogether eight people, are completely National First-Class Onmyouji.

In other words , these eight people are obtain 《Twelve Divine Generals》 this given name completely Character.

Famous 《Twelve Divine Generals》 more than 50% get together in this unexpectedly, held the emergency meeting, this has never had the emergency situation.

But now, they are convened.

„This may really be the rare banquet.”

A Amami Daizen then 『Pā』 withdraw paper fan, felt that probably happy as, so opened the mouth.

„Besides that pair of twins and Shigeoka, current 《Twelve Divine Generals》 was in attendance unexpectedly completely, it seems like really occurrence any serious important matter.”

Amami Daizen's tone sounds like in taking pleasure in other people's misfortune, but listens to be able to hear carefully, hid a dignified meaning.

Responded to the Amami Daizen words was Miyachi Iwao.

„Kadei that pair of sisters is monitoring the leylines trend now, temporarily cannot leave, although Shigeoka has returned to the post, position that but to make up Kogure leaves, now is also busy and battered, it is estimated that is very difficult to catch up.”

Withstands is presenting everyone's vision, Kogure Zenjirou is actually the look slightly has not changed, was not full like the former like that vitality, instead somewhat responded indifferently.

Regarding this, Kagami Reiji was flabbergasted actually.

„Who makes you adjust in Mystical Investigation Department 《Omnipotent Sword》? Is busy at becoming this also to get what one deserves!”

But person who the proposition makes such reassignment, precisely Amami Daizen.

„Does not have the means that since one -and-a-half after before about years of event, my here manpower also becomes serious insufficient.”

Amami Daizen however is speaking such words leisurely.

In order to track down and catch these powerful Magical Society, Mystical Investigation Department took several times of actions, finally because of strength insufficient failure.

„Who lets in Mystical Investigation Department, only then my 《Twelve Divine Generals》? My also very helpless!”

only, such remarks, in the conference room, a sound made a sound immediately.

Was saying the person of such parochial arrogance words, youth who aura that precisely that sends out so arrogant that no-one else matters.

Stay informed of NEWEST chapters of Summoner of Miracles with notification directly sent to your email.