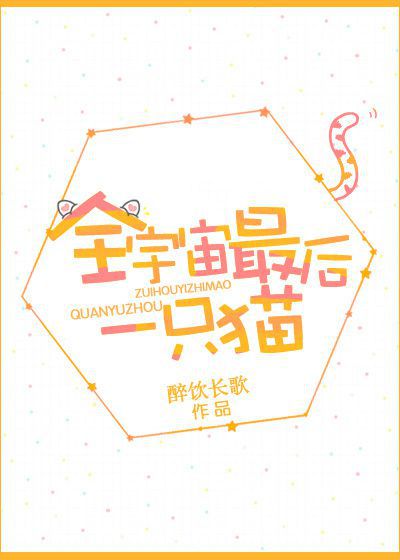 One stone really does Splash!

Media with crazy out of the news in their news, the thunder of ancient life on Earth appeared far overshadowed the return of the missing marshal.

Even on the creature called "cat" with only the media have cloth out of the picture, but this did not affect the enthusiasm of the masses.

They satellite network from the database records about cats are picking out.

Other life on Earth, but is mostly a cold name with a brief introduction, followed one after the demise of the Earth together with the ancient fade away as the end.

Earth's species is too much, just such a rough summary of the entries are sufficient to see people get confused.

But then with targeted, everything became clear, scarce information to make urgently want to know more people feel dissatisfied.

They have the opportunity to live long enough to witness the ancient organisms of the Earth, even if no way to really get in touch, but also hope to see a lot of the little guy - even if you do not see, people can search for more information, a better understanding of it okay !

It looks so petite! so cute! So fluffy!

Even Marshal gas field that has a horror of people can not refuse to get close to the kitten, the cat character is also certain level lovely soft!

People began to look for a variety of channels to the department in charge of information in this regard the petition letter, hoping to disclose more information about cats.

Positive Ku Haha finishing from all database information in a cat person responsible for the confidentiality of information of information security sector, Ji Yun Xiu took him back to the safety residence in Dili stars.

Probably the whole interplanetary people do not think, the height of fame, so several of its neighbors taut skin repair Yun season, and did not have people think a mansion.

Even in the not too scarce land resources and interstellar era, how high the hands of season with great riches and repair Yun, still live in a small building but ordinary two hundred duplex flat, with the vast majority of interstellar now residence of the people without any distinction.

The only particularity is probably the house in which the boundary is high-level and high-level military relatives populated areas, from the level of security is concerned, second only to the royal palace.

Ji Yun Xiu parents are martyrs, I am cold character and there was little visitors.

This house is the legacy of his parents, though not often come back, but now, as the only real estate marshal, there orderlies clean finish on time, barely can call the marshal's home.

After being attacked because of their special nature of this thing missing, Ji Yun Xiu most recent estimate is inseparable from the Royal Star.

Ji Yun repair permissions is different from ordinary people, ordinary people can not read the information, he has permission to view.Marshal home first thing is to run out into the brain confidential database, call up detailed information on the cat and began to read.

And the more security, it is the first time into the door to jump out.

Even nine cats, for such instincts can not resist.

Ji Yun Xiu home decor surprisingly simple and warm, although not able to detect been popular for many years people living in long-term, but the overall decoration is quite a living.

In the end can be seen through the entrance of a large hall, Chaoyang, excellent lighting, bright light and spacious, direct sunlight can shine through the windows, the room falls lucidity.

The sun is a good place.

Ann looked more a family of three photos on the wall, wandering a few laps in the living room, you move up the stairs leading to the second floor.

A door is then locked in a relentless outside.

Ji Yun Xiu lengleleng, turned to look at him, did not understand what it meant, but it is up on the floor.

Ji Yun Xiu leaned over to hold him up, "I do not live this."

Ji Yun Xiu opened the lateral side of the door, "I live here."

An out of his head looked inside the circle, "Meow."

"There is a study." Ji Yun Xiu pointed end of the room on the second floor.

Although that study, but Ji Yun Xiu have not used a few times.

Ann jumped down from the quarter repair Yun arms, walked into the bedroom, went straight to implantation.

Ji Yun looked at the Anyi Yue Xiu go to bed, jump to jump to test the softness of the bed, sat down himself aside browsing data.

See of the information, the more feel right, Mr. Marshal.

Speak the truth, but for genetic testing can not go wrong, he should feel more secure is other creatures dressed in a leather cat.

According to the information says, the AD era, the cat is a family and genus, which includes a number of large and small carnivores omnivores.

And with the more highly similar because Kay is a cat Felis subfamily animals.

Felis variety everywhere, as part of domesticated house cats, some still survive in the wild.

But regardless of Felis cat or cats or the entire subfamily of historical records, the creatures do not have any special talent.

Some cats are subject to physical fitness, is blocked by hunting every life, and a few more starved to death in the wilderness.

How to see, any kind of cats, can not have that kind of security like the physical fitness and combat effectiveness.

There are doubts must ask.

Ann rolled over the tummy, the entire hairballs are stuck into the soft quilt, only the ears and gently shook.

Ji Yun Xiu know more Ann heard his cry, and then asked: "? Are you really a cat you"

Ji Yun Xiu looked at those data is not messy tricks, think of the results of genetic testing,You can only choose to accept.

Mr. Marshal no longer tangled, and found a circle of information on cats, and neat disregard the description and analysis of the recipes and combat effectiveness.

Ann looks more like a can eat anything, this kind of thing does not have any recipes informative.

No fighting even more informative, and more secure than the physical fitness and fighting ordinary human beings do not know where to high to go.

Mr. Marshal saw what a bunch of cat door cat litter cat scratch board meal or something like that, too lazy to toss season Yun Xiu, simply smoothly gave permission to the security of the house.

Mr. Marshal final gaze stopped at the photos of all kinds of cat climbing frame.

Mr. Marshal stack of photos that will tune out, turned around and asked the Ann: "Like what?"

Ann turned around and looked at the beautiful azure □□ eyes light up, hemp slip of a stand sat up.

Marshal nodded his head, the more security will hold off from the legs, was about to give him easily plug an energy stone, it is now home and no such thing.

Mr. Yu Shi Marshal thought, shoving his brain inside to light more security, to pick a few privileges, and left the room.

An inquisitive suspended in the brain light in front of the main page to poke poke, those colorful icons did not know him in, simply open one by one poke and poke open and turn off the switch off.

When poked the last green icon on the main page, but the middle of the brain light gray palm-sized disk body to split a crack, flying inside a very familiar thing.

Before the spacecraft is flying out of the hits on the camera so long.

An squatting on the bed, with micro-lens of the camera looked at each other for a long while did not wait till a sound, he crooked head tilt, directed at the lens soft "meow" sound.

But still nothing happened.

After the security yawned, I turned around and looked a dense optical brain does not know the characters, is to poke poke poke also not something boring licked his paws, jumping out of bed.

He's not that big pads cameras followed him closely.

The house has been successfully beat out privileges little guy opened the door, he went to the edge of the corridor being rushed downstairs painted something of Marshal meow.

Ji Yun Xiu laid down his pen light, saw the safe, deadpan beckoned to him.

With the security that does not abandon not give up the camera ran down the stairs, jumped jumped on Mr. Marshal legs, take the opportunity spun around, revealing a small belly soft honking.

Although not lived here long, but recently these days is certainly to be left alone.

Ji Yun Xiu hoping to make his life happy cat life-saving grace of some.But this does not reflect the goodwill and hope he goes out of standard cold face.

"There is communication?" To see the security brought a camera down, sir marshal rubbed his leg dumpling white belly, pulled open the remote hand on his wrist ring.

Ji Yun Xiu Carter, to see the bracelet out of the projected image, shocking him with too little social platform page.

And on this page at the moment, he and his legs are live cats.