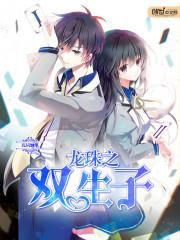 As time went by, the universes began to have a contractant fall to Arena, except for all erased conformants of the ninth universe.

Son Gohan, who formed a round back-to-back formation, Krillin and others constantly responded to the enemies who came to attack. They seemed that the early was considered a weak.

But it’s no wonder that they haven’t performed much so far, such as Cassius’s spike, or Son Goku, Vegeta’s strong attack.

There is also the unlimited power of Androids Android 17.

Therefore, it is inevitable that it will be stared at by other Universes.

Cassius slowly followed the Android 18 and looked at the crowds who were constantly dodging. Suddenly it felt a bit funny.

With a dodge, the final victory will not be delivered to the door.

Hey, what about the yellow-yellow, fat guy? With so many attacks from Vegeta, it is unscathed?

Looking around all around, Cassius said: “These people are all Universe 6.”

“Cassius!” At this point, the Android 18 in front of it suddenly sounded a reminder.

It was said that Cassius, who was still observing all around, regained his gaze and stared at the front. Then, the whole person’s brows were deeply picked up.

“You? Not Goku, is that guy always clamoring for a break?”

Yes, at the moment in front of Cassius and Android 18, it is the eleventh Universe pride team!

Dragging two arms that are just the size of a small giant, and breaking the legs, step by step toward Cassius.

Every step falls, and the gravel that permeates the ground will shake the image.

“I am the one who broke, the eleventh Universe pride team.”

Then you are not looking for Goku’s troubles, what are you doing in front of me? “Curl one’s lip, Cassius doesn’t care.”

Cassius still has a position of fifteen meters or so to stop the pace of his own progress, hanging two huge fists, looking at Cassius with solemn look, said solemnly: “Your threat, more than Son Goku !”

“So, are you going to come here to solve me personally? Or,” said Cassius, and you are planning to work together to throw me away from Arena?

The air humming constantly, Cassius blinked, the dark pupil was suddenlyly filled with golden light, and then the 凛冽aura carrying the amazing aura burst out from his body, which was like a tidal wave of heat, circumference All the smoke that blocks the line of sight within a few tens of meters is scattered.

Feel the 凛冽aura coming from the face, it is as sharp as a knife, and the weight of the smashing is more and more profound.

This guy is not an ordinary person!

Whispering in my heart, even in this moment, I came up with the idea of ​​spare no effort to bring Cassius down to Arena with the rest of the team.

It was only very quick. Once this idea was produced, it was immediately eliminated by himself.

“Too, do you want to do it?” asked the rabbit member who wore the same clothes.

Under the meditation, the double pupils became more and more tight, he was considering the gains and losses.

After a few dozens of interest, Shake shook his head, said solemnly: “It is still not good, even if we can finally put this dangerous guy down Arena, the rest of our physical strength is estimated to be almost the same.

If there were other Universes at that time, wouldn’t our eleventh universe be worth the candle? We still have to reduce other Universe members first. Turning his head and patted the shoulders of the rabbit team, he said, “This is a tough bone, let’s stay until the end.” ”

Speaking of it, the team members around the move moved around and waved, and they left without jumping back.

When the air broke out, Cassius’s mouth twitched, his body flexed sideways, and then his right hand thundered out. He slammed like a pliers and grabbed something long.

“How come?” The scorpion’s smashing scorpion, a stunned scorpion, looked at the ankle he was stunned by Cassius.

Looking at the rising angle of the corner of the latter’s mouth, revealing the sneer in his eyes like a ghost, Tis suddenly burst into a heart called “fear”. The whole body was shackled by Cassius’s ankles hanging in the air.

“Good job, rabbit!” The corner of the mouth evoked a dangerous arc, and Cassius glared at the golden fluffy hands of Tiss.

“Tis broken!” At this moment, he did not find that Tis broke, and realized that it was not good to break back. After hearing the painful sorrow of Tis, the whole person blinked red, like the volcanic eruption, the move towards Cassius sprinted.

“snort!” coldly snorted, Cassius at the top of Super Saiyan’s peaks, not afraid of it, squinting at Tis’s broken arm and swaying, and the scorpion gazing tightly at the gallop.

Obviously, Cassius intends to break Tees into a weapon for attack.

However, just as Cassius waited for the arrival, countless Energy Balls emerged from the whites of Androids, like raindrops, screaming and screaming.

But the surprise is that Android 18’s attack has not caused any slight hindrance to the broken. The latter’s Energy Ball rain for Android 18 is simply turning a blind eye to it, letting it be bombarded on its own body, completely without any intention to guard against it. .

“Bastard!” Jiao sighed, Android 18 rushed out of the whole person, a pair of speeding sprints.

“Mana, come back! What are you doing with a fool?”

That guy is not something you can deal with, hurry back to me! Cassius saw it, and suddenly became anxious.

Although Android 18 does not suffer from the exhaustion of strength and insufficient physical strength, it can’t last long when faced with a tyrannical and powerful opponent.

Please don’t forget, the Energy Ball bombardment of Android 18 just broke the guy, but there is no half-discipline.

It can be seen that the strength of the broken is not comparable to those of the former ninth universe.

“Oh, it seems that the woman is very important to you, Cassius.”

A few silhouettes, like the bones of the cheekbones, come out from the corner and cling to Cassius.

“Get out, or I will kill you!” Cassius whispered as he bit his teeth.

These guys who appear at the moment are simply not comparable to the original ninth Universe contestant. Although Cassius is not afraid, Cassius will still spend a lot of time once he starts his hand.

“Let’s get away? How could you let you do that?” The person who spoke was a man with a face similar to a detector.

As the teeth squeaked, Cassius’s face gradually became gloomy, but the golden shackles in the eyes were more and more dazzling.

At this time, like a thunderous heavy wind suddenly came from the back of Cassius’s head, the head just intended to evade, Cassius noticed that he was holding the broken right hand of Tees.

In response, Tees, who was originally subdued by Cassius, broke and stood alone with other proud team members.

It was just because the ankle was heavily damaged by Cassius, and it stood a little unnatural.

The situation has once again fallen into the cofferdam situation.

However, this time encircling Cassius’s object is no longer the second-order universe contestant of the second-rate, but the trump card of the eleventh universe, part of the proud team.

Stay informed of NEWEST chapters of Twins of Dragon Ball with notification directly sent to your email.