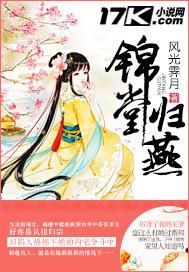 Return of the Swallow

By Beautiful Clear Moon After Snowfall

Gu Shixiong is the old ginger. Because he helped Qi Chiyan to find the treasure, after leaving the capital, the younger family of his family, with his beloved granddaughter, was tortured to death by Li Qitian. He is only left alone, and the hatred of the big week is almost in essence, and the eyes of the knife are like Shao Yining.

In particular, Qin Yining, who had smashed him in the face of the treasure, his anger was even more obvious.

He is more open than Yan Yan. Even if their efforts are at a loss, it is still the land of the Great Yan Dynasty. The people here have little sense of belonging to the big week, but they have identified themselves as Yan Dynasty people. Therefore, Qi Chiyan came back and shouted, and the people and the people in the rivers and lakes had a lot of responses.

Gu Shixiong does not think that he and Qin Yining have the ability to turn the hearts of the people!

"Yes, Zhongshun Prince will still remember our old ministers. I thought that Wang Hao is now focusing on the husband's family, and they all regard us as a beast."

"You are laughing." Qin Yining smiled and was very polite to Gu Shixiong. "You are as humorous as before. The body is still so tough." This is the beginning of the family.

Gu Shixiong sneered, "Do not bother, my old bones can not afford to toss."

Seeing that Gu Shixiong’s full-hearted malice and anger should be turned into the essence, he was busy with Qin Yining behind him, and he smiled and responded to Gu Shixiong. "Gu Lao Da Ren is tough, and Sheng Sheng can be relieved. When he was out of Beijing, he was specially stunned. However, Gu Lao Daren is an old minister, and he should be treated preferentially. It makes no sense for you to run east and west, but you are not tired."

Gu Shixiong is vigilant: "The old man is a person who has used to suffer. He does not care about these things. It is also for the sake of our emperor...the king of the town, it is nothing."

Yan Chiyan’s heart bells roared, and he looked at him with some helplessness. He listened to his voice and smiled softly: “Gu Lao’s age is high. After you leave Beijing, the capital even has you already driving the crane. The rumor of returning, the Holy One is very sad after listening. Now you are very good, Sheng Shang is also very missed for you, is the meaning of the holy is to prepare the car to escort you back to Beijing to raise old age."

Not waiting for Gu Shixiong to open, Qi Chiyan has anxiously said: "Gu Daren can not go!"

He smiled and his heart was very disdainful to Yan Chiyan.

As the leader of the Yan Dynasty, he was still a slap in the face. He spoke up without going through the brain and lost his leadership style.

"Is there any order from Zhennan Wang?"

The temperature of the proverb is as gentle as the spring breeze.

According to Qi Yanyan, he is like a snake who spits a letter, wanting to wait for an opportunity to bite his throat.

Yan Chiyan’s face is hard to see, but in the end he is now growing more than he used to be, and he knows to stay strong in front of the enemy to keep his face.

Yan Chiyan said: "Gu Lao Daren is the old Yueshan of the king of the king, and our family is no longer there. The king is a son-in-law, and naturally has the responsibility to wait for the old man to be old."Gu Shixiong is now his brains. If there is no Gu Shixiong to make suggestions, Qi Yuyan has no confidence and planning for the future.

Although the people in the city are facing Dayan, the people may not be able to firmly identify him.

After all, the old people still remember the famine of that year.

His father, the faint prince in the mouth of the people, actually fled with tax and left the capital, watching them fend for themselves.

The sense of belonging of the people gave Da Yan, but he hated the royal family who was fainting.

If Gu Shixiong didn't encourage him around him and helped him get his ideas, Yan Chiyan couldn't imagine his future.

Xiao Xiaoyan looked at Yan Chiyan. "The Zhennan Wang said that it is reasonable, and it is also human nature."

Yan Chiyan's eyes lit up, and I couldn't think of it so well.

He continued: "Just, the words of the Holy Spirit are the sacred purposes. You and I are not against the will of the courtiers."

Yan Chiyan’s smile was stiff on his face.

The hatred of Yu Chi Yan’s heart is like a flood of water.

He has already done this, can he not even keep Gu Shixiong?

"The jurisprudence is nothing more than human sentiment. Since the emperor is a Mingjun, he will be sympathetic to the courtiers' feelings." The word of the courtiers, Qi Chiyan said that the teeth are gnashing, and the anger full of anger is almost from the nose and mouth.

He smiled: "The king of Zhennan should not be anxious. No one in the holy world can change immediately. Otherwise, since you want to keep the old man around, then the king will go to the holy, for your words." Sentence, try to leave Gu Lao Daren."

Will you be so kind?

He is laughing: "Does Zhennan Wang not believe it? This kind of thing, the king does not need to lie."

The people around Yan Chiyan face each other.

Several people have begun to reverse the impression of jealousy.

At least this person is not a guy who kills people without any reason.

Yan Chiyan also has some sluggishness. Do you not know what happened between him and Qin Yining? With this alone, you can't have the slightest goodwill for him.

Did the sun come out from the west? Is there such a good heart afterwards?

Qin Yining looked at the side quietly, and could not help but laugh.

This time they came to the Yan Dynasty, UU reading www.uukanshu.com in order to stabilize the situation in the South, but also to give the North a little buffer time, so as not to catch fire in the north and south.

In such a trouble, the attention of these people is transferred elsewhere, at least when they make a decision now, they do not have time to refer to the situation of the enemy in the back of the week.

Their thoughts have long been taken away by a few words.

"If you can understand the Holy Spirit, you don't have to pay for the king's confession." Yan Chiyan gritted his teeth and told his husband that he could bend and stretch. As long as he could keep Gu Shixiong, he would have the opportunity to turn over.

Thinking about this, Yan Chiyan regained her smile and pressed her temper to give her a bow.He smiled and said: "You can rest assured. This king is the general of Pingnan, you are the king of Zhennan, we will cooperate together in the future, and jointly guard the place here, there are more places to support each other. But It’s not worth anything, it’s worth nothing.”

The atmosphere has been arrogant and hateful since the beginning of the meeting, and it has become a state in which Qiu Yanyan is seeking for people.

There is a minister proposed by Qi Chiyan: "The loyalty of the Prince’s boat, the hard work, is not as good as the advanced city."

Yan Chiyan also nodded: "The side hall has been prepared to give you a rest."

Qin Yining listened to the eyebrows.

After Qi Chiyan returned to the old capital, he lived in the palace of the former Yan Dynasty. And the accommodation for them is also the palace!

Read “ Return of the Swallow ”

Stay informed of NEWEST chapters of Return of the Swallow with notification directly sent to your email.