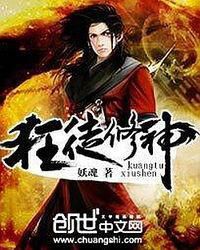 It looks like clan few head of the clan

It looks like clan few head of the clan

Ancient White Tiger saying with sound transmission: „Shui he(Water Crane) that old bastard in Water Spirit clan that many years, no one knows that he unexpectedly is this person, the plans are so deep, who knows that can inform the person of wind spirit clan.”

„I naturally am not this meaning, I am worried that the people of wind spirit clan have the water attribute strength of Water Spirit clan, in this case, they momentarily can enter the Water Spirit lake, when the time comes nine Yun Feng has the danger.” Ancient White Tiger saying with sound transmission.

Ancient White Tiger said with a smile: „This but actually is also, if unsafe, nine Yun Feng will not keep Water Spirit clan practice relieved.”

„So formidable inheritance strength, does not know after Yun Feng refining, cultivation base can be promoted any realm.” Xiao Chen said with a smile, truly is unable to imagine.

Little Fox sound transmission said with a smile: „Could make him be promoted the boundary of Monster Emperor.”

„It seems like I must try hard practice to be good, otherwise was really also surmounted by him.” Xiao Chen said with a smile, since Yinyang Shaotian appeared, the hope of Xiao Chen to strength is even more intense.

Several days later, Xiao Chen entered the Eastern Territory center boundary, the city and race were getting more and more multi-, expert was many.

These days flight, still did not have the remnant soul least bit news, but was actually the person who let many races felt strange why strange Xiao Chen released so mysterious, but formidable strength.

The cultivation base small and weak nature does not dare to say anything much, but some cultivation base formidable people, always thought that Xiao Chen is too extremely arrogant, probably is showing off own great power to be ordinary intentionally.

„Who is the boy? The release so formidable strength, really has been supercilious, but this strength is not simple!” A person said.

„The boundary of Monster Sovereign late stage, is the boy doing?”

„Good.” Xiao Chen said with a smile, immediately when picked up the speed to fly, arrived in the city gate falls the body to get down, simultaneously restrained the overbearing strength.

Xiao Chen just got down, then discovery city outside person, the vision completely visits him, Xiao Chen has gawked, does not care, walks toward the city gate directly.

„Dongyun city.” Xiao Chen looked at a city name, immediately has doubts in the people, the shock, in the strange vision enters the city.

„The boy is very extremely arrogant, who is he? The strength that released a moment ago was not simple, was much bigger than general Monster Sovereign late stage stronger.” Person of cold sound asked that the dark-cold virulent look looks at the Xiao Chen's back.

Another person shakes the head saying: „Does not know that has not seen, is a new face.”

That person of cold sound track: „Walks, with has a look, whom I have not seen to dare in the Dongyun city to be so extremely arrogant, does not pay attention to our Wolf King clan simply, snort|hum.”

Enters Xiao Chen of city, does not know that the danger was approaching, at this time on street long-drawn-out strolling, left has a look right to have a look.

Xiao Chen hear speech/words, not cares a whoop, says with a smile: „Lets them, here is the Eastern Territory center boundary, rests several double-hour we to walk, does not need to manage them.”

„It seems like is Chaos Power that you released a moment ago, caused them to pay attention.” Ancient White Tiger sound transmission said with a smile.

„Manages them.” Xiao Chen said with a smile, let alone was Monster Sovereign late stage peak, even if were Monster Venerate came, Xiao Chen did not fear similarly.

„Boy, who are you? A moment ago what you released is what strength?” Person of cold sound asked that appearance was haughty.

Xiao Chen has not opened the mouth, another person of then coldly said: „Knows where here is? Knows the extremely arrogant fate?”

Xiao Chen has swept one three people, from their looks, can see three people of cruel and merciless, but can also smell on them the strong smell of blood.

The Xiao Chen chuckle asked: „Who are you?”

Xiao Chen just asked that at this time when a Vung Tau of street resounds a noise, the people turn head to look in abundance.

„Master, front has ice-cold aura, is walking, does not know that is.” Little Fox saying with sound transmission.

„I also induced, good ice-cold aura, this was murderous aura.” Xiao Chen frowned said slightly that had a scare by this ice-cold aura.

„Is Earth Elephant Clan Young Clan Head, how did he come to the Dongyun city?”

„Good ice-cold aura, felt that the icehouse was the same! Too fearful.”

The person on street calls out in alarm in abundance, panic-stricken avoidances.

Young Clan Head ice-cold has swept one three people, looked at Xiao Chen, has not spoken.

„Yo! Young Clan Head is the look is quite scary, what's wrong? To kill us?” A person sneers to say facetiously that the appearance that looks to pull out.

„Yun Feng has said that no matter any person, so long as also has the Wolf King clan to have any relations with Earth Elephant Clan, the opposite party will regard as an enemy.” Xiao Chen secretly thought, wants to seize the chance to turn around immediately to leave.

„Boy, you had not replied that our issues, where do you want to go to?” Person of shakes the body then to intercept Xiao Chen, sneers to say.

Saw that person intercepts Xiao Chen, the Young Clan Head form dodges suddenly, a sound from out of the blue, the speed is fearful, afterward of bang crack, intercepts the Xiao Chen's person, was shaken the mouth to spit the blood by a Young Clan Head fist instantaneously, the personal appearance flies dozens meters, buildings were pierced.

Young Clan Head this take action, has scared the person on street immediately, the people know that their status, the startled string runs away in abundance, no one wants to be involved.

„Sovereign leaf! You dare.” Another person sees that immediately is angry, is pointing at Young Clan Head angrily shouted, but the words have not said that he mouth has spat the blood to fly.

Sovereign leaf take action at lightning speed, moreover is cut-throat, Monster Sovereign late stage peak simply does not have any strength to hit back.

Xiao Chen sound transmission said with a smile: „Deals with the enemy to be certainly cruel and merciless.”

„You. You dare to kill the person of our Wolf King clan, I. Our Wolf King clan. Will not let off you. Your Earth Elephant Clan! You!” That person of panic-stricken [say / way], has referred to the sovereign leaf, aims at Xiao Chen.

Sovereign leaf ice-cold swept one that person, coldly said: Person who „the Wolf King clan must deal with, is the Earth Elephant Clan friend! Since two clans are the enemies, why I can't kill?”

The sovereign leaf voice falls, is fast the fist, bang crack, the fearful strength shakes that population to spit the blood, Nascent Divinity instantaneously is broken, the personal appearance flies to shoot, the place visited, the construction wall was destroyed one after another.

Monster Sovereign late stage peak expert of three Wolf King clans, like this was killed by sovereign leaf one fist one direct second.

If Xiao Chen flew the upper air to look at a Dongyun city at this time, the discovery that Xiao Chen can shock, the people in Dongyun city disappear completely without a trace, all in evacuated the city, the guard of city also completely hides, resembles the empty city to be ordinary, coldly is clear.

„Many thanks Young Clan Head take action rescues.” Xiao Chen looked that holds the fist in the other hand Xie [say / way] to the sovereign leaf.

Xiao Chen said with a smile lightly: „Below Xiao Chen.”

Xiao Chen shakes the head, the forced smile said: „I just went to the Dongyun city today, moreover is first time comes Eastern Territory, with Wolf King clan grievances, I have not known why slightly they must cope with me.”

Stay informed of NEWEST chapters of Fanatic Martial God with notification directly sent to your email.