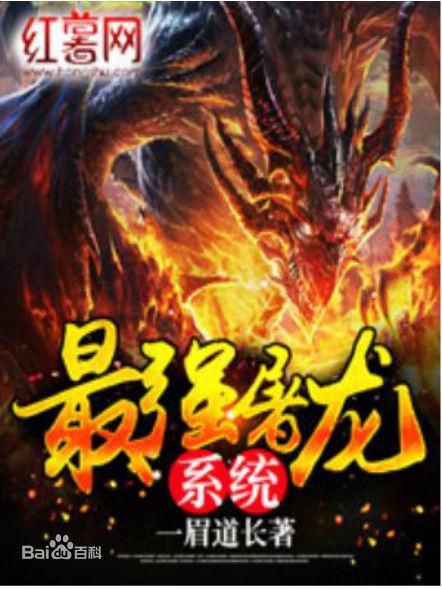 “That is the fairy prince? You can’t think of me today. I can see the fairy tales with my own eyes. This is really no way to lead the fairy city!”

“I don’t know who can have a good blessing in the future. If you can become a Taoist fairy, you will be willing to live less than 100,000 years.”

“Hehe, the prince of the prince is one of the most important disciples of Bodhi, although the Pill Refining Technique is not high, but the cultivation innate talent is terrifying, if you can take her home, the dowry of Bodhi It’s enough for your cultivation for a lifetime!”

“I am afraid that I have no such opportunity in my life, unless I can achieve the king in the future…”

Among the Dao Xian Xiancheng, many of the three lords and the four lords of creation, as long as the Human Race cultivator, will stand still when they see Ye Junjun, and their eyes will show a hint of love, and the cultivators under those creations will even admire them. I dare not show it, but dare to look at Ye Junjun with respect and respect.

“Is the Ning North Profound who killed the direct disciple in the Fairy Market and was wanted by the Pill Refining Master Alliance? I heard that he used to be a Sect Master of Sect… Yes, it is the Temple of War. It is said that it was built in a very remote place, and it was still found by people. Now there are not a few left in the Temple of War.”

“Then he will not be revenge for the Ganges River King?”

Everyone secretly guessed, but soon, they didn’t have to guess, because there were four figures coming in front of them, one of them was the Ganges.

The Ganges River King has not yet opened, and the three immortal figures around him have already smiled and greeted Ye Haojun.

The eyes of the Ganges Fairy King fell on Ning Qi, and a cold mans flashed in his eyes, and then looked toward towards Ye Junjun: “This is the murderer of my apostle. You deliberately brought him to plead guilty?”

Ye Yijun indifferently said: “I just accompanied him to a glimpse of the city.”

“Oh? What is your attitude with the Pill Refining Master Alliance?”

The eyes of the Ganges River King picked up slightly.

“Master asked me to take him to Bodhi. Before that, he was still in charge of the Pill Refining Master Alliance.”

The rest of the kings are getting this, and they have some understanding of Ye Junjun’s attitude. Or, Ye Haojun’s attitude is the attitude of the Pill Refining Master Alliance. It is the attitude of Bodhidharma. They can’t help but take pleasure in other people’s misfortune. Looking towards the Ganges, if the Bodhidharma is such an attitude, it is very likely that the Ganges of the Ganges will not be able to avenge their lovers today. This spreads out and prejudice the prestige.

Pudu Xianwang came from afar, and chose a corner at random, watching it quietly.

“That is Ning North Profound? Eldest Senior Brother, is he killing Li Chengtian?”

On the spacious street, there are a few more people coming around. Whether it is Human Race or other ethnic cultivator, after seeing these people wearing them, they choose to open a distance, but some Sect younger generations are pleased. Go up, because this group is the heaven’s chosen for the Seven Sects.

The joy of Zhao Zong coldly watch Ning Qi, in one’s eyes flash a hint of the color of jealousy, when Ning Qi and the battle of the day and night Dandi, he looked in the eyes, although Ning Qi did not win, but the battle it showed Force, but very terrifying, did not expect to see you for thousands of years, the other party appeared again in the Tao Yanxian!

“The cultivation base of this child seems to have been… two robbers?”

Xiao Wu, who is a reincarnation of six reincarnations, looked at Ning Qi with some surprise. He remembered it correctly. Thousands of years ago, Ning Qi’s cultivation base was not half-step…

“This child had that kind of combat power at the beginning. Nowadays, I am afraid that the combat power is even more extraordinary…”

“But… I heard that he had killed the direct disciple of the Ganges River after that time. Today, I am afraid that I want to leave the Taoxian City. It is not an easy task…”

The seven people came to Dao Xian Xiancheng this time, with more Junior Brother Junior Sister than last time, so they came to almost fill this road. Later, the cultivator can only look at this place from other angles.

“Your Master means… my discipline, is it dead?”

The Ganges River King laughed and stared at Ye Junjun.

Ye Yijun brow slightly frown, his eyes fell on Ning Qi, seems to ask him why he still does not work?

Ning Qi smiled and smiled at the Henghe River. “There is no death in the fierce air. You are a fairy king. The news is so incomprehensible? I turned him into a watchman, a dog, used for the town.” House evil spirits.”

“What do you mean by this?”

“It doesn’t mean anything. I remember that I said a long time ago. When I see you again next time, I want to take your head. This sentence is still valid today. Is it better to find a place to play?”

Ning Qi said with a smile.

The nearby passers-by cultivator, the Sect cultivator, which is also famous in the Central Plains, and the seven Sect Xiao Wu nights, are all sucked in a breath of cold air.

The three immortal figures around the Ganges River King swept Ning Qi and determined that Ning Qi was only the second creator, and his eyes were deeply curious.

Why can a two-robbery creator be so tempted to challenge the six robbers? There must be something wrong with this!

In the distance, Pudu Xianwang looked at Ning Qi and found that he had advancedd the second creator. However, his heart raised a doubt that others had not found yet.

“Where did this child win the creation and achieve the Creator? Did he discover a void domain…”

The face of the river is upwards and laughs, and the laughter is as bright as a thunder. He seems to have heard a joke, and the laughter has gradually stopped, and then he looks at Ning Qi: “Small Fellow, do you really want to take my head? You have to think clearly, lest you get the Pill Refining Master Alliance behind you saying that I am a big bully.”

When I said this, Ganghe Xianwang had some ridiculous look at Ye Yijun, but Ye Junjun did not have any expression, and the heart of the Ganges was even more determined.

“If you want to fight, how come you have so much nonsense?”

Ning Qi looked at the Ganges River, and his mouth rose slightly.