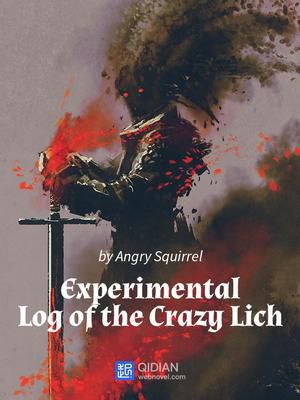 The unrecognized black cat is still snoring on his shoulders. In front of him is the green witch's unknown witch. This lineup, probably the abyss can go…Ok, I admit that it’s casual, it’s still these people, and when they come together, it makes me feel a little suffocated.

It seems that everything has returned to calm, but if it is said that it is exported, I am afraid that it will not be recovered. Many things have not changed on the bright side, but they have indeed changed.

I am not a fool. I just stopped. Now that things have passed, my mind is calm, and I have found a lot of things that I have not paid attention to in the past.

Is it really good for me to have a dead cat? I am not Beifeng, I have no love for cats. Well, it should be, at most, only as a brother. Does she really want to go to me?

But I really don't know where I will let the dead cats look. I am going to her on weekdays…Cat ball, cat frisbee, cat collar, cat carpet, cat post, cat detective…There are all sorts of excessive treatment of the Pet method. It is no luck to be found by the Druids. Is the dead cat actually having a special hobby?

Ok, just ask if you can't figure it out.

“The value of the face is high, Princess Peach is very cute, and it should be very comfortable to hold.”

I am helpless, and such an answer is honest and cannot be refuted.

In fact, how many couples are the first to pursue, not because of this most basic value.

"Why do you like her? Her character is so bad, so arrogant and unreasonable. ”

"Looking at the pleasing eye, I like it, there is no reason."

“……If she has pockmarks and birthmarks on her face, will you still see her? ”

If you are smart, you will probably answer "of course", because most of the comments will be heard by myself. If the honest guys are probably silent, they will not tell the truth. After all, they don't want to be detained with a hat to look at people.

The world has always been like this. Always use the sly words like looking pleasing to the eye and getting rid of it to describe the beginning of good feelings, but no one can say that he has never taken people by appearance. After all, whoever looks at people is the first to look at the face.

The same character. A violent woman with a high face value is a proud person. A woman with a medium value is a female man. A low value is a ugly person. Of course, women also look at men. Handsome guys always get a lot of politeness and patience.

Of course, the value of the face is not all. If you can come together, you still have to look at the feelings. However, there is no chance of establishing a relationship.

But for the individual to say, at least from the experience of those who are afraid of Dark Elf aunts, I think it is better to be a little muscular man…

Although this face has caused me a lot of trouble, but it is praised handsome, or the aesthetically high and amazing gold Elf. I am still a little happy.

That…How to say it should be handsome. ”

"You forgot my past hobby? If you really become a handsome guy or a muscular man, I can't stand it anymore, and the Elf man is tired of watching. Ah, the little boy for women is simply so cute, let my sister kiss. Goddess, you really did a good thing. ”

What is the feeling of being stunned by a cat and being covered with a barbed hair? At that point, the tip of the ear was cold and wet, and the most sensitive position was smashed, followed by a cold back. The goose bumps are all up.

The dead cat trembled and shook the cat's ear, and the tail swayed in front of me. Then he did not hesitate to reveal his bad hobbies. It turned out that she was the same aunt like Momo! She has been peeking at my **!

"Oh, I am very curious when you are long x…"

With sex.The words of harassment were directly exported, when the golden princess was catalyzed by the years into the golden queen. The solitude of Wannian eventually accumulated, and what kind of inner existence is under Loli makes me dare not go into it.

I regret it, I really regret it. It used to be undead when I naturally suppressed my desire.Hope, but also made a lot of scandals, and now help her to restore the flesh, probably also caused me a big trouble.

And I stared at her sweatyly, my heart was calculating whether to use the Gnome rocket or the gnome flying chair to send it to the moon to completely endure the trouble, the dead cat suddenly laughed, laughing still rolling on the ground.

The black cat slammed and jumped on my left shoulder. This time, the cat's tongue was on the finger that grabbed it. The side screamed twice, like a Normal Pet cat.

The words spoken in the soul link are getting worse.

"How do I be the princess of Golden Elf, even if I need a meat xx, Reyne is more suitable than you, face, and the body is much better. I said, I have lived for only a few years, not so much about dissatisfaction, just a joke, actually taken seriously, you are really narcissistic. ”

Although there are still a lot of bad words, the soul link tells me that this is the truth…Especially Reyne is more suitable than me! This dead cat actually fell in love with my granddaughter!

“……Still don't tell Reyne to be careful. Anyway, she is already a lilies of the world. ”

I am a little relieved. Even if the dead cat really intends to commit a crime, the dead friend is better than the dead, Reyne, since your reputation has been smudged, let me stop the disaster.

And by Harleys, I didn’t have the trouble to ask her personal feelings…What should I do if I ask for something more shocking?

"Go, I hope that Timiret has not hanged up. It is not easy to get some talents this year."

Wood Spirit's assault ships have stopped at the edge of the wall, and with their help, it will not take long to reach the ruins.

Roland, who shook her head toward the Wood Spirit battleship, did not see the strange arc of the cat's mouth on her shoulder. She had already achieved her goal, and Roland stopped asking.

Seeing the danger, Roland, who had a cold vest, turned back, but saw Aemila, who had been silently watching the movie. The bright smile gave people a more and more dangerous feeling, and immediately turned his head and sweated. The escape is generally accelerated.

Some words have been exported. Some people have been heard, and some fools have finally figured out their own ideas. Some of them have become eloquent in their true language, and some of them are still hidden. But since the days are moving forward, the personal relationships that have changed have been difficult, and there is no need to return to the original.

Moreover, Seven Sins is all in place. With the integrity of Roland's soul, the feelings will naturally recover. Perhaps they are just waiting patiently.

In front of the hunter's hunter, Roland may still be able to escape, but it seems that he can't avoid it for a long time.

Flowers, vines, and logs are the most basic themes, and each material is engraved with delicate patterns. But if you look at it in detail, you will find that the entire plant warship is like a beautiful wood carving.

The core is the keel and the body of the woodcarving. The wings and the jet decoration are the transparent wings of the flower. The vine is both a decoration and a defense system for melee.

We are riding a special assault ship. She looks like a "flower" with five petals pieced together, three petals are wings, and two interlaced petals are the hull, walking in it. It is like stepping into the world of fairy tales.

Although there is also a mechanical roar of the magic engine, I can feel that most of the power source is still from the natural mana.

It seems. In the past few years, the Wood Spirit's magical technology has made great progress and has made its own path with the help of the Creator Mother.

"Is this a new technology? I feel completely no wood. ”

The strange thing is that my inquiry has not been answered. In the past, in Dreamland Forest, I was treated with vip. Wood Spirit should be rushing back to my doubts.

As soon as I turned around, I knew why. The little strange Wood Spirit saw me approaching, and actually screamed, and then ran out in a hurry, while running and shouting.

"I don't want to get pregnant! HELP!

Can chat make the other person pregnant? When did I have this feature? And even if I don't ask, I know who made it!

Looking back at Aemila, I found that it was still a subtle expression like a smile…Well, considering the strength ratio of the two sides, my eye strategy has shifted. Well, it’s just a strategic shift. It’s definitely not that I’m shrinking, but surprisingly, Aemila has taken the initiative to explain it.

"What did you release?"

"I'm not so childish, it's Reyne. Her resentment is very deep. You'd better think about how to explain to her. When she took her to do so many things, she wouldn't give her an explanation when she came back."

Aemila shook her head like a smile, but didn't say much. She already knew that Reyne was coming. Since Roland said he was not afraid, he waited to watch the show.

"If hypocrite is also coming? what would you do? It is a big Demon to send a Piaget level or above, and it is not good to deal with it. ”

"Don't worry, I have a special trump card for the God Lord. He won't go back. ”

“……What? Actually have a card for God Lord? Why didn’t you use it just now? ”

I smiled smugly, but didn't answer. In fact, this thing is easy to think of innocence. I don't want to sell it for a long time.

Sure enough, after three or four seconds, Harloys showed a look of realisation.

“……That trump card is Heng, you can really squeeze out the value. ”

I nodded. The constant loss of the curse in the world is not a good thing. If anyone is thrown into the world, it will be a furious Undead Emperor and her curse. (To be continued ……

(The collection source of this book is clear, no pop-up window, fast update speed)

Stay informed of NEWEST chapters of The Experimental Log of the Crazy Lich with notification directly sent to your email.