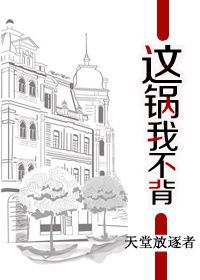 Back to the crew's hotel,

Lu did not forget to praise the restaurant guide of a few new dishes.

Jane China acquiesced in their hearts.

Li Fei came from behind him,

His clothes smell of mutton soup has long been scattered almost,

Only Li Fei ride this all the way back with him who will guess the truth.

"Your clothes, this material is not very stick taste,

You just spent three minutes in water brought into sharper focus the box, and now there is breath ...... "The next thing Li Fei can easily inferred.

Red Dragon unpaid work to be had, but also delayed dinner time,

Good talk, it would probably be one after another Red Dragon door.

"I remember a lot of that soup garnish,

A man with "You must face from the pox gums get angry tomorrow," the eyes looked,

Lightly replied: "The two members of the Red Dragon has seen."

"...... you the ability to drag people into the water is really extraordinary." Li Fei faint smile.

"They can how to do,

I'm obviously a person can not eat. Anyway, the reimbursement will be Masi who Luju Chang, since it is dead, the expensive food waste of the dead,

Or Mimi's meal and then die,

Which choice is better? "

Jane Hua put it mildly, he was not much point, nor picking up your point, except that the amount of lamb pot a bit large, not any small parts, red dragon eat two members want to cry, especially the wonderful expression.

Dinner meal back, with a big shot wide as the General Administration of closer relations, executive producer, too.

The following day to film and television shooting base, Lu guide because drank a little more, did not curse so much. Liu, deputy director of the palm to the territory that he turned over the storyboard artwork while drinking tea while continuing to write about painting.

When the crew is difficult to hide a secret is maintained, Li Fei yesterday dropped Assistant, go to dinner with Jane Hua things, has spread in the crew, even the odd jobs carrying things, passing through the studio could not help but Kanji Yan Jane is shooting in China.

"Black bamboo" is a convergence of large commercial heat element, the actress involved in auto accidents, pull out an international go. Smuggling case, the first half of the movie is a bustling city of skyscrapers, a rooftop chase and shootout, special effects Parkour game just the same.

Today this drama, to do undercover in the smuggling ring male protagonist III and fight before.

Actor and stand-in in the vicinity of the site, the script is written, the fight scenes are standing on the top of the slope one hundred-story building, the actual shooting is a three-floor terrace, with a few fans blowing, the actors in order to show the risk of foot vacant, obviously you can foot the field, but also to let the body upside down, showing extremely thrilling look.

Finally in sight of a finished shooting the film, Jane would not look at his face China's Three men, heels leave.

Chic color handsome action hero of all, suffer suffer fist is the other side, in order to show successive defeat in the insurance case, the lens to shoot Three men face. Although not a real fight,But in order to increase the take mirror clips material, they had a full four times the action, the number of NG is not added.

Three men then and crew assigned to be his stand-in actor, was Jane Li Fei Hua jointly child a dozen times, assistant director Liu looked angry enough for him more than surprised, close-up failed and must be repeated.

Again and again pretending to beat the taste of lying, of course, feel good, but the bread in this line is the way artists rely on face to eat, and sometimes face was not particularly valuable.

Three angry men walked down the terrace, looked up and saw assistant Li Fei has been carrying fragrant takeaway, dogleg ran to bring food, and his assistant brought lunch only crew uniform payment.

"I did not eat near you, you do not go running, when the assistants did not clever!"

The assistant can only be anger does not speak, he could not explain, Li Fei has cast rationing car, walk around the forest assistant out to buy some food easily, how he can do, call takeaway it? Road leading to the scenic hot springs also semi-blockade it, say so far away, send meals to be higher than the food itself.

"Well, though you can not dedicated to my family to take care of the dog, and finally other things are good." Three men dropped a word floating, rest rooms go for lunch.

He not attack, people in rebuke assistant, did not mention anything at others, who Coushang is Zhaoma.

Compared to anger almost snapping chopsticks forest assistant, Jane is oblique accusations of China is very calm, almost no reaction, he took the initiative to take-away lunch boxes, will things out gracefully.

Top yelled happy with what? Mockery of the losers could be the last straw bending them, other times irony is superficial nonsense.

Lin assistant mixed feelings, he does not believe Jane Li Fei really took a fancy to China, but this trend has no doubt led to his now Jane Hua eyes are a little wrong.

Today he should be diligent than usual, take the initiative to call Jane Hua eat, gave chopsticks to get mineral water, it is to be a simple point-hua here to find out something conclusive.

Jane Lin Hua took over from the hands of an assistant phone, cut open the screen, there is a missed call, three messages.

Although the phone is still his, but more than a phone card, a new card in addition to the original one is Jane China, as well as Red Dragon organizations, specifically for contact with Liu Shan.

Sanxi last night, Jane China the new card phone number on the penguin to Liu Shan made in the past.

Both Penguins are small, cell phone owner's name also does not match with himself, the two did not hide the fact that behind erase Red Dragon dictates of factors, Li Fei and Liu Shan do so could be interpreted in a sense get through.

High monitored by the family did not want to dry their children, do not want to be a star to get cineFinance ring handle people.Liu Shan Today's message is information on the chisel Gophers this monster.

Lin assistant Out of the corner peek, do not blame him curious, because when filming later Jane Hua Li Fei, like on the phone with him, how many days no change took place, and today is the SMS and telephone.

Because mentioned Li Fei of the English name, and my heart strange forest assistant, Jane Hua did not give the opportunity to continue his peeps, diversion finger on the keyboard, quickly edit text messages.

Not for a minute there called me up.

Li Feiqia Fortunately, this time to come back, Jane China phone superimpose his own to eat next.

See caller information eyebrow Li Fei laughed, he turned on the phone, listening to the casual side of the tirade, hurried to leave five minutes later saying "I was filming, not convenient" and hung up.

Lin assistant at a loss.

- there is a secret between my house and substitute winner! A secret he did not know!

Lin assistant wonder that many days, as if to let him wrong connection, Jane Hua directly to the phone off.

In mid-December, the crew finally ended in the North are all shooting, leaving only part of the viewfinder field.

The protagonist in the story contest organized smuggling groups, as the heroine was kidnapped, transferred from bustling cities to deep forests, half of the movie is a thriller configuration variants adventure movie.

But the second phase of the shooting, is next spring things.

Shooting ends closed, after the film star heartthrob busy to go back to take notice, end of year tour, as well as on New Year's Eve waiting for rehearsal.

Crew gradually evacuate the hotel, I heard there is a forest assistant claiming to be his girlfriend who come to him, the people are ignorant of.

Single dog forest assistant denied, and quickly went to the lobby to see.

"Oh, you just find someone to say girl? Follow a guy to go to the second floor of the cafe." Hotel front desk said.

Lin assistant Batui went to the second floor, find someone to say to the waiter, in a dark cafe around the circle, and finally found a simple Chinese conversation with a young girl in the window seat.

I'm dumbfounded assistant, spoiler did not run in the past, but the effort to work out a picture of a camera phone, then turn around! Li Fei go upstairs!

Standing in front of the pack in suitcases Li Fei, was reading a text message Jane Wafa, told him Liu Shan her door.

Li Fei open a micro letter, he made a brief speech to China "about her goodbye tonight at the restaurant, the human eye miscellaneous, not convenient to talk."

Lin has a good professional quality panting assistant, Li Fei and other hurriedly finished before the opening: "Brother Lee, Joe is impersonating me!"Lin Assistant think wrong, corrected himself and said: "! Do not be fooled by him, he has a girlfriend, or my identity posing girl exchanges with others."

Multi-residue ah! Jane did not see how China is such a person!

Lin assistant indignation, suddenly felt wrong, just when he entered, Li Fei, and say, What does it mean? Lin staring assistant, who is about to meet in the evening?

About him, or about her?

Li Fei Gay is not it? He likes people who do not Jane China?

Lin assistant head buzzing, "more than" a girlfriend thing, he has been thrown to the back of the head, he stared helplessly Li Fei, as if waiting for an explanation.

"Do not worry." Li Fei estimate can solve this thing tonight.

Lin assistant blessing to the soul of a reminder of that Tau expression calls.