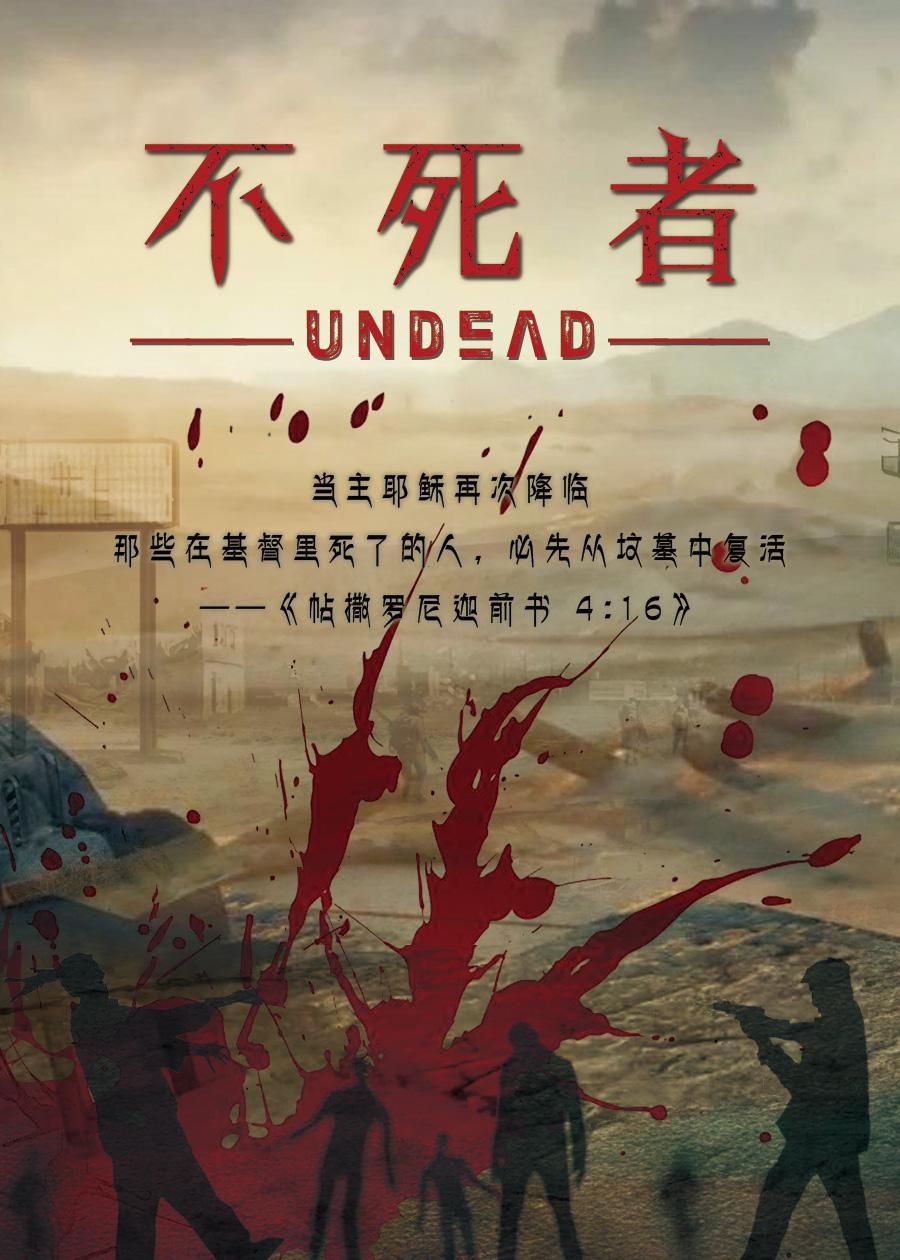 Four special forces lined up, bowed their bodies and walked gently along the rails to the platform. Zhou Wei whispered in front of the team: "What?"

Sinan is a bit uncomfortable, and Zhou Wei starts to look out. There were more than a dozen zombies swaying on the spacious platform, and the rot was very bad. There was an elevator passing through the upper floor at 40 meters, which was already out of service.

Zhou Wei quickly calculated the distance and time, adjusted the charge | gun to single shot mode, while aiming and gently said: "You saved everyone, and saved Yan Hao's life in the mall's rooftop..."

A few sounds silenced | The device sounded softly, and the zombies on the side of the elevator were all shot and dull.

"He is grateful that you should be." Zhou Yiyi lifted the charge | gun, beckoning safety, took the lead to jump on the platform.

Several people flew across the platform like ghosts, crossing the dead zombies, and the wind was generally rolled up.

The uniformed ticket inspector in front of the exit gate has turned into a zombie, facing away from the elevator, making a low humming sound. Several people glanced over it and looked out. The gate of the station was outside the gate. There were hundreds of living dead people swaying in the dark and spacious space.

The oxygen content is low, the airflow is impassable, and the zombies have not found a few more living people here.

But there is no doubt that once discovered, it will immediately become a jailyard where the zombies and the tsunami are coming.

"I feel that Yan Hao is still very affectionate to you, my brother." Sinan clung to Zhou Hao, talking almost biting his ear, while observing the surrounding environment and asking: "How do you know?"

Zhou Wei was concentrating on the station hall, not paying attention to the anomaly of the previous sentence: "I dropped to 118, replacing the captain of their dereliction of duty, and met everyone including Yan Hao. Fuck, how so many zombies here."

Zhou Wei felt that the warm gas was sprayed on his ear, and the cheek muscles were not consciously a little tight. He asked: "When you have so many brothers, Xiaoshi is a comrade? We have a distance from the destination of West B. Ten minutes, how can this road go..."

"Talk about it," said Sinan.

"...I was originally in charge of the country's escort." Zhou Wei reluctantly said: "Comrade Xiaosi, although I welcome you to stay close, but in the close attention of hundreds of zombie friends, the brother is really timid. If you don't go out, Find a place where no one is, and make sure you have a good user experience..."

The ticket collector’s zombie seems to have found something and slowly returned to the highly corrupt face.

In an instant, Kara slammed, and Sinan shot like a lightning bolt, twisting the zombie's cervical spine by 180 degrees.

"What experience?" Sinan asked the zombie body to let it sit silently, while asking.

"So why are we staying here," Sinan asked. "Can't you go from above?"

Everyone brushed up and looked up. In the heavy black shadow above the underground space, several rows of thick cable tubes and ventilation pipes were intricate, passing through the station hall and extending far away.

·A few minutes later on the ceiling, Chuncao first, Sinan second, Zhou Wei third, Zhang Yingjie fourth - the group arranged in a body, squeezed in a narrow gap between the cable and the ventilation pipe, holding the pipe wall to advance.

Underneath them are the halls where the water is leaking. As long as one hand slips down, it will instantly wake up hundreds of unconscious zombies.

"You are really fat in Yingjie," Zhou Yu gritted his teeth and climbed through a particularly narrow gap.

Zhang Yingjie was full of gray, and finally squeezed through the gap between the two cable tubes.

"One hundred meters ahead in this direction is the fire-fighting lane. After I arrive, I jumped down to blast the safety gate. You fired the cover." Spring grass held the ventilation pipe and squirmed forward: "Everyone insists, the number of zombies in front is expected... ”

The voice did not fall, Zhang Yingjie tried to move forward at the corner. He carried a tactical bag over the steel hoop that fixed the cable on the ceiling. Some sharp steel breaks cut the left side of the bag quietly.

The tactical bag is right | tilted and hits the air duct under the body.

The impact was infinitely magnified by the hollow pipe, and the zombies collectively looked up, and then a thirsty roar!

The forty kilogram tactical bag was only hooked by the right shoulder. Gravity brought Zhang Yingjie to the right and slipped in an instant.

After a slamming call, Zhou Yingjie grabbed Zhang Yingjie’s backpack belt and tied his whole person with the equipment in one hand!

Fortunately, this is at the corner of 90 degrees. Otherwise, Zhou Wei could not reach Zhang Yingjie behind him. At this moment, he has been torn into pieces by hundreds of zombies.

This is so, the unimaginable drop force is to bring Zhou Hao almost to go out, the key moment to bite the teeth to hug the ventilation tube, the feet are entangled in the pipeline, only to stop the fall.

In the hall, the zombies screamed and screamed, and Zhang Yingjie hung in the air. The nails on the toes and the zombies were only a few centimeters away. No matter how far he could not reach the air duct, the cold sweat came down: "No... ...can't do it, I..."

At this moment, "stabbing--", in the screaming of the zombies, the sharpness of the screams made everyone nervously tighten:

Zhou Hao’s field jacket could not withstand such a pull, and broke from the shoulder!

Zhou Hao gritted his teeth and his arm trembled.

"Fast, oh!" Zhang Yingjie looked at Zhou Wei's body and leaned down a few more points. He witnessed it: "Quickly let me go!"

Eight|Nine-style heavy machine guns screaming at the tongue, the bullets will sweep a zombie to fly around!

This is simply to fight for life. Several people jumped from the heights at the same time, and more zombies rushed to the landing, and they were beaten by Zhou Yan and Zhang Yingjie.

"Run!" Sinan Daxie, the second shuttle bullet passed through the 100-meter space, and the fire exit safety door was crushed!Four people rushed in the zombie tide, Chuncao and Zhang Yingjie both headed, Zhou Yudian, relying on firepower to suppress a hard way to kill a fleshy and muddy road, the shells like fireworks bloomed countless light arcs.

Everyone in the chaos felt that the zombie body had hit his chest, limbs and shoulders, but he couldn’t see if he was bitten. He could only madly pounce the bullets around, and the rows of zombies were hit as soon as they approached. Fly backwards!

In just a few hundred meters, the blink of an eye came to an end, and Sinan shouted: "Let it go -"

Chuncao and Zhang Yingjie cooperated with each other, and at the same time turned sharply to the left and right, and the charge was unrelenting. The bullets swept out the horizontal fan.

At the same time, Sinan is the top eight | nine styles, the bullet belt is like a python flying in the air, the heavy fire will tear the corpse tide in front of the security door to tear the crack!

Zhang Yingjie said: "Let's go! I am behind the temple!"

Si Nan grabbed the collar of Zhou Wei, and the force of the iron tongs dragged him to Zhang Yingjie: "Don't be awkward, run!"

After Zhou Yi retired, Zhang Yingjie and Chuncao pulled at the same time, almost rushed out of the hall and rushed into the fire exit.

From their sprint to landing, but in just two seconds - but in these two seconds, the zombie tide that lost the fire suppression swarmed up, swallowed the lonely temple in the blink of an eye.

Then there was some heartbreaking, and he broke free from the spring grass and went back in desperation!

Chuncao and Zhang Yingjie flew out together and hugged him from behind.

At this time, suddenly the machine guns started to scream, and the zombies in the hall flew in all directions at the same time. The skulls were broken and the sky was falling.

Sinan almost stepped on the top of all the zombies. He carried 50 kilograms of equipment on his back, but every time he jumped into lightning, he rushed into the security door!

"What are you doing?!" Sinan roared, his face full of blood of zombies.

The zombies in the hall suddenly took a moment, then rediscovered the target, staggered into the security door, and launched a chase in the dark fire corridor.

There are six stairs between each floor of the refuge. The four people have a total of two hundred kilograms of ordnance, but the speed of the upstairs is called the 100-meter race, and the zombies with stiff knees are quickly taken out.

Zhou Wei ran off the inner identification card from the chest pocket, and stopped brushing every time he passed the safety door, but no door could be opened. Spring grass is so fierce: "What happened, did the emergency power supply stop, or did the central computer fail?!"

"The power supply is not enough! All the access control is closed!" Zhang Yingjie shouted, turned and fired a shot, and chased the zombies behind him and fell downstairs.

Sinan squeezed Zhou Wei, and the crane gun was about to slam the door. The barrel was seized by Zhou Hao. "Wait, there is a shuttle bus in the top floor, come with me!"

They are now in the central transportation hub, and at least tens of thousands of people are rushing out when the virus breaks out. In the case that all the light rails are out of service, the possibility of killing the bleeding road from the tens of thousands of corpses to the West B area is close to zero. With the help of transportation.Zhou Yiyi took the lead and rushed upstairs. At the moment he settled, suddenly there was a loud noise on his head.

The ground moves, the wall ash falls, and it is a bit closer - bang! !

Zhang Yingjie’s soles were squatting, and the shuttle was slanted and swept up the ceiling.

Sinan and Chuncao both stood still. At this time, I saw Zhou Wei as if the giant bird was empty, and grabbed the upper escalator and jumped down.

When he landed, he didn't even hit a single one. He got up and wrapped him in the south, and he rushed downstairs: "All return!!"

The wild roar of the beasts almost rang against their heads.

The upper stairs were torn apart, and the concrete pieces were covered with four special forces. In the lush green background of the night vision goggles, a three-meter-high zombie gorilla poked his head out of the darkness, his teeth were dripping with blood, his eyes were turbid, and he stared at them.

Thanks for the big cockroach, the sugar is not changed, the gaosubaru, the cabbage, the Sansure, the Kangxin holding the goddess of Guanyin,

Thanks corafaye, glazed light glass orange juiceIt is rocket launcher of adult of all of you! ! !

Thank you for your deep-water torpedo! ! !