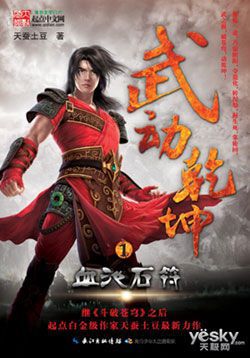 Looking at the forest move that some strange behavior, sitting in a small inflammation Pteroceltis tiger back, could not help but have some doubts Road.

Lin waved move, did not answer, looked up, color cheeky pondered looked around, and then from the four corners are a handful of black soil, the probe that wire into the soil Yang Gang extent the strength of the gas.

"Soil in the north of the inherent Yang Gang of gas, to be a little stronger."

Lin move the hands of the black soil discarded, facing Pteroceltis beckoned, and is facing north to flee the deep forest, behind, Pteroceltis also quickly pushed the small inflammation followed.

Two people, one animal to run fast in the dense forests, soft light through the cracks of the leaves, shining in the forest.

Iron wood in the village, mostly forest, but also the kind quite pristine forests, look at this appearance, apparently Lei just all the attention is on the iron wood body, so for these forests, and do not too detailed probe understanding.

Each run some distance, the forest is moving will stop the body grab a handful of soil, then after discern the direction and depth again.

This in-depth, full time lasted nearly half an hour or so, the pace of forest just suddenly stopped moving, the soil here is still showing dark, but I'm moving up when grabbed, but it is able to feel this earth among the inherent Yang Gang of gas, than outside the rich.

Pteroceltis sitting in the back of a small inflammation, on the picturesque delicate cheeks, I was actually fragrant perspiration dripping, here, and she almost feels entered the fire in general, if not insisted on moving deep forest, I am afraid she had patience is not Living.

Lin smiled and comforted move a cry, overlooking the eyes, it was found not far from the forest as if to an end, and between the faint, he smelled the smell of a beast Road, the moment my heart to bring some vigilance, fight against Pteroceltis a sign, then lower body forward, after a moment, a little bit depressed valley, is found in the forest moving into the line of sight.

Among the eye patch valley sweep of the sweep, Lin immediately eye pupil is movable suddenly in a reduction of the condensate over two black shadow at the bottom.

Na Liangdao shadow seems two Panthers, whole body dark, as if the body is full of fine black iron-clad, in the sunshine, reflected the dazzling sheen, that green beast pupil, reveals a cruel and cunning.

He looked at the two metal like Black Panther, Lin could not help but move the light inhaled air, which also belongs to the evil leopard demon black iron, but not lower than the name of the first fire python tiger, leopard after demon in adulthood , also has a master's strength comparable Tianyuan territory, and now look at these two demon leopard's body, apparently in the strongest moments.

That is to say, these two big guys, is the equivalent of two master Tianyuan environment, forest move I did not expect, in the depths of this iron wood village, there is still the existence of this and other aggressive.

"No wonder the Ray family who can not be too deep into the forest, all these places actually are so dangerous." Lin move grin, and just as he was going to quietly retreat, then press the right palm on the ground, suddenly came an unusual fluctuation.

Such fluctuations make Medellin move lengleleng,Immediately carefully climbed down the body, since fluctuations in stone symbol will be heard, it must be something to attract around it.

I'm moving to the right palm flat on the ground, then quietly sensing the kind of volatility, and his body is slowly moving forward, after a long while, and finally in a place of depression and stopped.

Looking at this side of the ground a little depressed, I'm somewhat surprised move, immediately a fist boom down, between earth radiance, is actually revealing a Chi Xu potholes the size of craters which apparently already existence, but is the soil surface to the buried it.

When this occurs potholes, rock breaks in the outgoing volatility is exacerbated by little,

Lin move hesitated a moment, then reached into the arm pit, and then a burst of chaos dig.

Not far from the Pteroceltis, looking at the forest move prostrate on the ground, his hands like pangolin generally constant from that pit and took out some of the rubble of mud debris, small face also could not help but touch surface odd look, apparently engaged in some Lin did not understand exactly what move to make.

In Pteroceltis curious gaze, forest moving arms that dig in the pit for a long time, but the Amoy out, are all some of the rocks, not anything anything strange.

Once again dig for a while, still no harvest, while on the move and it was ready to dig too full stomach Xiehuo give up quit when the woods, hiding in a hole into his palm suddenly caught a warm glowing light stone while the stone is at the start, Lin Shi dynamic fluctuations within the palm symbol emitted, just stop.

Even notice the stone breaks, forest move my heart is overjoyed, hastily withdraw arm, suddenly a light red stones is appeared in his eyes.

Stone water chestnut is not clear, reddish coat, but it looks a little with a trace of transparency, are like spar general, a touch of temperature, spar from penetrating out of the sun as a group holding general.

Lin Leng Leng looked at moving piece pink spar on the palm of your hand, suddenly fiercely inhaled breath, in the eyes, took a deep shock of color.

Yang Yuan-shih, a rather special spar, said that only just be able to be born in the depths of the volcano, within this spar, the yuan is not only absorbed the force between heaven and earth, but also through long-term ooze lava bubble, into a glimmer Yang Gang of force in which this Yang yuan-shih, for some experts to reach Tianyuan territory, is simply tailored equipped.

Lin move occasionally heard from Linxiao there, Dayan dynasty, many reach Tianyuan territory master, will always carry fired several Yang Yuan-shih, but the thing is not cheap, so in the town of Qingyang , but added quite rare.

Lin never thought of moving, even here will be dug Yang Yuan-shih, you know, Yang Yuan-shih general rarely occur alone, because the conditions of the birth of reason, Yang Yuan-shih place often occur, it is likely is there a vein, this vein, big or small, but if this is the case then, even if only a very small veins, for the Lin family, it all will be vast wealth.

"There was once a volcano, if one has a Yang Yuan-shih veins, then, the idea is not impossible ..."

Lin could not help moving mouth twitched,Then grasp the hands of the rocket Yang Yuan-shih, UU www.uukanshu.com suddenly got up and read a book.

Just when I'm moving up, and the valley in front, two black iron demon leopard suddenly issued a roar, orientation to pass that sound as if it was he here.

Hear his Sheng, small Yan is low growl, moving a step forward hooves, like a whirlwind out of the forest ...

"Well, first hand convener settled iron wood village, clearing the land of medicine as much as possible, the rest of the iron wood, cut down first, and then observed here also can grow ironwood, if not, do not put in here too the number of troops. "hall, the roar a bit in the afternoon, the skies finally stopped Lin unnecessary anger, sitting on top, looking gloomy road.

Heard, Linxiao, who is also a wry smile and nodded his head, and looked not say too depressed, I thought this can pick up a great deal, did not think, in the end it is a waste of half of Chuang Tzu.

Linxiao when they nodded, then suddenly the door of the hall is an open, dynamic figure directly entered the forest, he saw it covered in mud embarrassed look, people hesitated to speak Gang Yu, Lin is moving directly from the arms pulled out a red light spar, heavy skies on the forest on the table before him.

"Grandpa, this time we Lin, picked up treasure!"

(On three rivers, and here the trouble to ask you readers, please click on the home page of the Sanjiang recommendation, that there are a champion Sanjiang vote, I urge my friends to cast a vote Sanjiang military action, not the money thing, each account can vote trouble, thank you.)