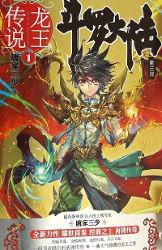 At age 26, he has defeated in the organization numerous competitors, finally obtained belonged to oneself Black Rank Mecha, that time, his entire three days three nights rested in Black Rank Mecha.

His goal, must become on Star Luo Continent most formidable Mecha Master, does not have one.

He in toward this direction has also been trying hard.

This motion already arranged, the organization must rely on the crush rank power, attacks to come from Douluo Continent Ambassador Group.

Star Luo Empire power is formidable, the Rebel Organization(s) survival is difficult, they need the external force to divert the official attention, thus gives them many growth Time and survival spatial.

Without doubt, pressure that the Douluo Continent aspect can bring, is Star Luo Empire will be most troublesome. Therefore, their this time task, must entire Douluo Continent Ambassador Group Ruin. Thus arouses two pieces of Continent contradictions.

Their this surprise attacks have carried on the strict security, before start, all communications completely by barrier, even the overwhelming majority people do not know that the action goal is anything.

But what has not thought that really has Elite to be able by strength of the to protect the compartment in Ambassador Group.

Beforehand they had known through the inside connection that has Super Rank Douluo in Douluo Continent Ambassador Group. Other is not clear. But their this time also has God Rank Mecha to come to bring up the rear.

The following aspect was actually not expected that like them is so smooth. After short exchanging fire, although suppressed the match by the strong firepower, but takes to the Douluo Continent Ambassador Group casualties to be limited. Douluo Continent Ambassador Group overwhelming majority member is Soul Master, has fighting strength of considerable degree, in addition the Mecha Brigade strength in Star Luo Empire aspect is valiant. for a moment unexpectedly assault not under.

Time did not wait for the person, the Ambassador Group requesting reinforcements signal certainly to send out, and will have the reinforcements to arrive in very short Time. Therefore, although clearly knows that continues in the long-distance attack inevitably effective situation, has chosen engaging in hand-to-hand combat, the goal must in shortest Time, completely solve entire Douluo Continent Ambassador Group.

Fenglin Wan noted a moment ago here, what he notes is that is similar to Soul Guidance Canon Platform general Gu Yue, clearly does not have the Mecha amplification, that seems in the young little girl hand staff erupts various ray of light unceasingly, intercepted rushed to here majority of attack.

Therefore he on own initiative volunteers for military service, directly soars this direction.

Will approach shortly soon the compartment, his both hands at behind an show, two handle warhammer(s) fell into both hands. Is relying on Black Rank Mecha formidable fighting strength, weapon of warhammer(s) this massive destructive force, most times be better than the sword effect.

But also at this moment, together the form suddenly enlarges on Fenglin Wan front screen.

That is a youth, seems 15 and six -year-old appearances. He leaps in airborne, body is releasing three Purple One black Four Soul Rings unexpectedly.

Does Four Rings have Ten-thousand Years? Fenglin Wan had a scare, this situation he is first time meets.

Then he saw that youth black Soul Ring of shines suddenly, thick such as thigh general glittering dark blue ray of light Vine is swarming, the goal refers, is oneself.

That Vine, has dark-gold ray of light to flash through indistinctly, looks like flood dragons is ordinary. The form of youth rapidly becomes tiny, all was camouflaged by that Vine.

What Martial Soul is this?

While curious, wipes the color of disdaining also along with it appear(ance) in the Fenglin Wan corners of the mouth place. Soul Ring is strong, is Four Rings that's all. But oneself Six Rings Soul Emperor rank Elite! Moreover there is in a Black Rank Mecha situation, how the opposite party possibly is the oneself match.

attack way (of life) that Fenglin Wan most likes is absolutely the crush on strength. His oneself is in itself also Strength Type Battle Soul Master. Is he most excels by the forcing person.

The flash that black warhammer(s) flies, the surroundings spatial as if collapse, caused a Air distortion, was oppressed fierce Air to send out a low and deep fulmination.

Vine that Bind comes in strength that in front of that Giant Hammer(s) as if too has not resisted, in abundance retraction. But strange flickered appear(ance) below.

Thick Vine of retraction from the sky interwove a big net. Giant Hammer(s) is truly powerful, after drilling into big net, haunches retreat that it oppresses instantaneously, but brunting of Giant Hammer(s) actually also along with it slowing down.

The big net transverse shift, crosswise moves, unexpectedly to borrow the strength to unload the law of strength, withstanding stiffly has gotten down the bombardment of Giant Hammer(s).

„Well!” Wipes surprised appear(ance) in the Fenglin Wan eye, this warhammer(s) is not ordinary strength attack, above also supplementary has his own Martial Soul properties, crushing. Once were hit, crushing special effect will erupt, generally speaking, the person of meeting the tough head-on with toughness can die is very miserable.

However, after warhammer(s) loads the big net that Vine interweaves becomes, on Vine bright had blue-gold ray of light clear, can see indistinctly that in that Vine as if has channels and skeleton. Then the attack strength on Giant Hammer(s) was downloaded.

Form appear(ance) of that youth but also at this moment, on Vine suddenly Bind the Giant Hammer(s) hammer handle, formerly Once saw, he in a flash, drew support from strength that Vine entrained to fly above Giant Hammer(s) suddenly gently.

„Courts death.” Fenglin Wan coldly snorted, wants to use my hammer to approach me. This abacus hits well! That makes you approach.

The black glow dodges, side Fenglin Wan Black Rank Mecha, were suddenly many a height about five meters black form, that is a whole body is sending out the black ray of light dark silver great bear, the great bear a pair of eye is scarlet.

Moreover, Fenglin Wan Mecha and a Dark Silver Bear also marvelous coordination. That is, Dark Silver Bear is relying on formidable strength, can directly use this that his Black Rank Mecha provides to single handle 2500 kilograms in weight Giant Hammer(s). That is similar to slaughters machine general exist(ence) absolutely!

Wipes the self-satisfied smiling face to reappear from the Fenglin Wan face. By the great strength of Dark Silver Bear Ten-thousand Years Soul Spirit, once approaches the match, can tear into shreds the match instantaneously. If the Tang Wulin choice withdraws, Dark Silver Bear will directly control Mecha Giant Hammer(s), brings most wild attack. Similarly can extinguish him kills. But during Fenglin Wan oneself must about one step participate in the front fighting, all strikes to kill here Ambassador Group Soul Master rapidly.

Dark Silver Bear speed is quick, but moves sideways, almost arrives in front of Giant Hammer(s) that returned to fly. Fierce fangs has revealed that the a pair of giant bear's paws open, must make the appearance that joint holds.

But at this time, behind Tang Wulin, actually suddenly reappeared a giant shadow.( To be continued.)