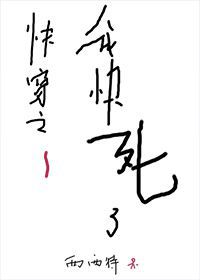 Chen almost got it,

He went to drink water,

Go back soon, the egg is eaten,

I don't know what to say.

The life here is boring,

No need to go out,

Sitting on it, stupid sitting,

Wait for the next meal in those jokes that fall back.

There is an old man talking about his embarrassing experience.

When it was time to talk about it, there was a power outage in the room.

What is the cool thing in my face?

Still very | soft | | soft |, like jelly, he turned his head and his mouth was also picked up.

The electricity is coming, the old man continues to talk,

Everyone continues to listen.

Chen found that the teenager was touching his lips with a finger.

He asked how it was near.

He Siyang pushed away Chen again.

Chen was pushed and hit on Dongzi.

What to do, inexplicable.

"Boss, are you quarreling?"

Dongzi moved to the old bed,

Give the boss a position,

"Fart is a speculation? You know if you don't?"

He glanced at He Siyang and decided to sleep here at night, not going back.

Hearing the boss said, Dongzi and Laoyu were surprised to think of it. After quarreling with her husband, the little wife who left home was angry.

He Siyang waited for a while, seeing the signs that the man did not return, he turned over and his eyes were not bothered.

I don't know how long it took, the bed next to it sounded.

Yes, Chen is back.

He really couldn't stand the stinking smell of Dongzi's bed, and had to surrender to the cruel reality.

He Siyang's sleep is shallow, he is awake and let the man slip into his bed and arm.

In the middle of the night, Chen was confused and felt that his eyes were staring at himself. He wanted to see it and was dragged away by Zhou Gong.

For a few nights, it was such a feeling, and I felt that I had difficulty breathing. It was suspected that I was pressed by a ghost.

Chen was in pain. He tore a little long fingernail and got bleeding.

He Siyang turned out to magically take out a small pointed small scissors and threw it to Chen.

Chen blinked, lying, how many things did you bring in? Where are you hiding?

He used to cut his nails, used this scissors to use it, and cut it to the meat several times. He simply used his gums. "The ceiling is so high, it is to prevent | commit | | people | hanging, but want to commit suicide, or have a way ""

"In the years I lived in, there were two dead iron railings, three dead toilets, and a few outside."

He Siyang has no expression changes.

Chen went to the other handnails. "It's not clean."

He said more clearly, "There is a floating."

He Siyang has a questioning tone, "Is it?"

"I was crushed recently and night, can I still have a fake?" Chen said, "You look like this, the woman A floats must be remembered."

He Siyang looked at him meaningfully, "Oh."

Chen and Yan’s nail movements, what did I say? It seems that there is no.

He complained to the system and said that he was recently crushed by ghosts and was dying. The system said that he could do nothing.

"What if the target is wrapped up?"

System, "..." You still worry about yourself.

Chen’s mouth was broken and crusted, and it’s broken again.

"Boss, how can you not see your mouth?"

Chen took off his shirt. "Give me a grip and itchy."

When Dongzi’s arm was lifted into the air, he was stopped. “I am coming.”

He immediately stepped back and gave up the seat, "OK, come."

He Siyang asked Chen where it was itchy.

Chen shouted with a strong enthusiasm. He was a masculine and handsome man. He also had some charms. He had a lot of swearing||people|hardened.

No way, they have been ruined, uncontrolled, and big | small | easy | lost | ban | almost a reason.

Under the eyes of He Siyang, the man's back is very wide, and each piece|muscle|meat|is full of tough power. There are several deep knives criss-crossing, which is the long past of the other.

His hand slowly descended, his fingertips crossed the man's spine, getting closer and closer to the tailbone.

Hearing, He Siyang put his hand down and his fingers curled up together. He went to the toilet.

Chen found that He Siyang stepped forward and walked quickly. He seemed to be eager to do something. He turned his eyes and tried to catch it. He was too dirty and so eager to wash his hands.

After a short time, the district head called Chen and asked.

He Siyang's business, did not mention the case, 80% is no clue.

"I have explained it, and no one will recruit him for the time being." The mayor said, "If there is any situation, let me know in time."

The head of the district couldn't help but ask, "How did your mouth break like that, what?"

Chen stopped his steps. "District, you don't say that I still forgot. There is no oil star in the cafeteria. Can you give some meat? This is always boiled melon, boiled cabbage, and vegetables are rotten noodles. , what is the strength to work."

There is meat the next day.

It is said that the radish is roasted, and it is necessary to pull the radish in the radish to pick up a few pieces of meat.

Chen can eat a lot, but he didn't want other people to ask for it, he would have to pick up He Siyang.

He and the mission goal are the deadly relationship that you can't live without, and the other party must be different from others.

"It's all fat." Chen had some food, and he began to be picky. "There is nothing thin."

Dongzi sucked the meat oil on his thumb. "Boss, the fat is very sweet, I haven't eaten it for eight hundred years."

Laoyu is working hard||search||scraping||broth, just taking the time to nod, no time to talk.Chen has raised his mouth and said, "There will be opportunities in the future. I will personally cook the kitchen and give you a full table. You will know what is the dish."

Dongzi and Laoyu sprinkled rice at the same time, and they laughed.

"Boss, you don't even cook a meal, you still have a full feast? You can't blow it!"

He buckled the rice bowl on the table and made a look of anger and anger. "Is it impossible for Laozi to imagine?"

"Where, boss, you go on fantasy, we promise not to bother."

Dongzi and Laoyu laughed with a stomachache.

He Siyang, who had no voice on the side, was thoughtful. The man’s description just described was his usual sorrow, not like a fake.

That is how the matter?

The other party does have a lot of differences with what he knows, like two people.

He Siyang converges all doubts in his heart and looks for answers in a quiet manner.

A week later, Chutian appeared in the team of No. 16 children's room. He was fierce and could not see to stay in the hospital for a while.

He saw Chen and He Siyang walking together, just like seeing something dirty, smashed a bite on the ground, screaming heavily, striding away.

He Siyang said, "I am very interesting."

Chen heard a joke like, "He is interesting? Don't tease me."

He Siyang seems to ask casually, "You are not interested in him?"

"I am not full of food," Chen said. "With that leisure time, I might as well talk to you and sing."

He Siyang lowered his eyes.

Chen also scratched his chin and said without thinking, "Chutian is very discriminating | engaging | | base |."

"It's the kind of thing between men."

He Siyang stopped and asked him sideways. "Why do you say that?"

He Siyang raised his eyes.

Chen was inexplicably nervous when he was seen. He thought about it and didn't know where to start.

After a few seconds, Chen felt that it was necessary to say something more. "Chu Tian’s kid is very arrogant, and he will be killed sooner or later."

His eyes stopped on Chutian, and He Siyang blinked and thought.

The autumn leaves are yellow and will be bleak.

In the few children's rooms, the prisoners || people | they were organized up the mountain, they licked the branches, burned the weeds, the nails were all mud, the nose and mouth were full of smoke, no one dared to complain.

Chen has the privilege. He took He Siyang to blow in the mountains, and he didn't have to work.

After so long, the value of He Siyang’s evil thoughts has remained the same.

That is to say, his mission progress is still at odds.

Maybe one day, He Siyang will suddenly give him a huge surprise, and the value of evil thought will be reduced from 10 to 0 at once.

This is not impossible.

Skilled to comfort himself, Chen grabbed a leaf and threw it forward. His eyes were melancholy, that is, he could not understand how to let this boy rekindle hope, stop closing himself, refuse or even attack others.

| Crime | | People | They have a rest, intentionally or unintentionally around the mountains, want to hear what sound.In the wild, there are blue sky and white clouds, and there are dead leaves and grass roots. The small wind blows, the beautiful young man is squatting, not only can see the scenery, but also can do something very well.

Now that a group of people are screaming at the stars, this play is not good, and it is impossible to end.

Chen looked at He Siyang.

His eyes are deep, usually in the room, all rely on the sound of water, and now it is not easy to mix.

He Siyang looked at Chen again and asked.

Chen swallowed, what eyes are not long, but long double peach eyes, you look at me like this, I will think that you are in ||hook||引||我.

He cleared his throat and put it in the ears of the young man, whispering, "Everyone thought that I was doing something big with you, you have to make a sound.

He Siyang has a simple face, "What sound?"

"Just call it dozens of times."

He Siyang whispered, "You are very good, so let's call you."

Chen Zai, "..." Brother, you play like this, you will really lose my brother.

Just finished with the compilation, I am late, forgive