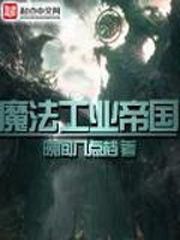 By Eight o'clock in The Evening

According to experience that on Earth obtains, Xu Yi is very clear, if he such directly appears in the front of people, only feared that will cause a disturbance immediately.

If more serious, therefore initiates steps on the event, causes the casualties also to have the possibility matter.

Therefore he has not worried to make an appearance directly, but contacted through the Magic telephone conversation box in city square center several new flying chamber of commerce staff, told own arrangement.

That is the Xu Yi whole body scene.

The people go to these Magic Power illusion projection devices the vision startled, then does not know that was who shouts loudly several, the crowd blew out intermittent violent cheering and slogan immediately.

Voice unexpectedly even shakes the city square surrounding house to buzz, lets fly Xu Yi in midair unable to bear for it heart is startled.

He has not thought, oneself made an appearance through the Magic Power illusion projection device, unexpectedly has provoked such big response.

He does not have to appear before people fortunately rashly, perhaps otherwise really may present very serious consequence.

This is Xu Yi this whole life first time enjoys these many people cheering of one voice, this not being able to bear made him produce self-satisfied of flash.

However he immediately restored calmly, has lifted both hands.

Right, this is live broadcast.

Under Xu Yi raising, the new flying chamber of commerce and Magic Power illusion projection device research and development department of Crescent Moon Chamber of Commerce cooperation has completed the technological breakthrough in this aspect at the end of last year, in Crescent Moon Chamber of Commerce vigorously under promoted truly to achieve the unexpectedly live broadcast to become the reality.

On these live broadcasts with Earth is the same, the Xu Yi present every action and every movement then can be projected by the synchronization on the display screen of that several hundred Magic Power illusion projection devices immediately.

„Hello, I am Xu Yi, now is giving regards to you through the Magic Power live broadcast of Crescent Moon Chamber of Commerce.” Xu Yi greeted with a smile.

The sound has sent out through each Magic Power illusion projection device immediately. Resounds through clearly in Bunta City by the ears of almost all people.

Crowd after staring moment, immediately responded, immediately erupted compared with also to want violent cheering and slogan a moment ago.

„Everybody, my very happy everybody such supports. Is willing to attend my individual press conference.” Xu Yi continues said. „But I think that everybody saw, the person who because comes are too really many, this small Bunta City old city could not contain, I even noticed that many people are very reluctant including the standing body.”

The people have a look mutually, has discovered each one, because crowds the distortion shape of presenting extremely, could not bear smile.

Went all out pushed toward the city square not to pay attention a moment ago, now passes through Xu Yi to remind, the people discovered oneself a moment ago were how crazy.

„My very happy everybody likes and pays attention to me, but is restricted in the present condition, obviously was impossible to allow all people to attend my this individual press conference.” Xu Yi continued. „Therefore. I am sorry told everybody, this individual press conference, can only by receiving the reporters of various invitations, newspapers participated, person in addition, but also please obey the direction of city defense force, withdrew from the old city one after another.”

Hears these words, all people stare first, along with, even if creates an uproar, almost all people have shown the extreme unhappiness facial expression.

„Is! Why the reporters of these newspapers can participate, aren't we good? We also want to see President Xu with own eyes. Listening to President Xu must say anything!”

„Is, the city square is not these reporters, are we go to sit are not good?”

„I will not draw back absolutely!”

Looks appearance that the distant place crowd burns with rage, in the City Lord mansion Belmo Count but who also observes here situation could not bear scratch cold sweat.

Doesn't he know straightforwardly, only will cause like this disaffection of people?

While Count Bell prepares to tell when the additional appointment military strength maintains is stable, Xu Yi once more opens the mouth.

„To make up for everybody's loss, our new flying chamber of commerce has set up the live broadcast point in many squares outside old city, after everybody withdraws from the old city, not only can continue to watch my individual press conference live broadcast through there large-scale Magic Power illusion projection device. Also can receive some presents from the staff hand of our new flying chamber of commerce. These presents are divided into several scales, what is lowest is new flying Magic Powered Fan, highest is a new product Magic Power passenger vehicle. Because the present is limited, therefore arriving has the opportunity to win the award first.”

This is their first time heard that has this so-called reward . Moreover the prize of minimum scale is new flying Magic Powered Fan, maximum scale unexpectedly is a Magic Power passenger vehicle!

Is the new flying chamber of commerce so unexpectedly natural?

The hesitant mentality in most people mind has continued less than a half minute, immediately turned to the hope of prize.

Must shortly since the midsummer burning hot season, if can obtain Magic Powered Fan at this time, without doubt will make this feel better in the summer.

Even if has no need, hands over to sell out new flying Magic Powered Fan that this obtains free, at least can also start 1-2 gold coins.

If the luck is better, obtained a better present, even is that Magic Power passenger vehicle of maximum scale......

The crowd instantaneously becomes turbulent, but this turbulent direction actually not toward city square, but wells up in abundance toward the old city outside.

„Naturally not.” Xu Yi shakes the head. „If already planned that will not have today this situation.”

„This was our chamber of commerce already ahead of time the exhibition that is set today to hold, preheating used for the forthcoming summer busy sales season. Now I only with letting the staff of chamber of commerce the commodity that was used to sell changed into the present to be good, did not have any difficulty, you felt relieved.”

„I believe the working ability of your new flying chamber of commerce staff, but......” Belmo Count has licked a lip, does not know that should make any expression to manifest oneself innermost feelings the idea. „Was only President Xu you such easily defuses this crisis unexpectedly, but can also help your new flying chamber of commerce make an advertisement while convenient, was really makes me admire.”

Xu Yi laughs, beckoned with the hand saying: „Some minor matters, do not have anything at the worst.”

„To President Xu you perhaps is only the minor matter, but in my opinion, well has actually studied. I think copes with these almost loses the sane crowd, can only the violence suppression, actually not think that can also you pay a little small benefit like President Xu, all cheated them...... All admonished, was really makes me broaden the outlook.”

As for Belmo Count's commendation, he was not actually at all by some shame.

In the final analysis, he also from Earth in similar the community event absorbed some experiences.

But Belmo Count has not thought that this processing mode, perhaps is also because on these aristocrats regarding Science Continent, the common people are not worth treating seriously, naturally only needs to adopt the violence suppression.

Although in old city crowded crowd, because a Xu Yi small present commitment, but retreats rapidly, but pushed eventually these many, must all retreat also has actually spent the massive time.

Until 11 : 00 am, has been away from the time that the scheduled press conference conducts to pass for one -and-a-half hours, the crowd of old city draws back almost, returns to the normal state.

However this normal state, actually does not include the city square.

In this has enough over more than 10,000 square meters giant squares, now still gathers completely the person, sweeps under an estimate casually, should have approaches ten thousand people of numerous.

„Evidently, is not everyone honestly is willing to retreat.” Belmo Count points at the crowd on city light to sigh. „Does President Xu, need to drive away these irregular person?”

„That necessity, the press conference cannot be held on the line normally.” Xu Yi shook the head, looked at a Belmo Count.

Belmo Count is understanding, has made a posture of invitation to Xu Yi, two people go down the building together, goes out of the City Lord mansion, before being located in City Lord mansion front door the city square about 500 meters away walks.

Two people just went out of the City Lord mansion front door, immediately then captured the attention of countless person.

In around city square and city square over more than ten thousand people of lines of sight completely centralized on Xu Yi, it may be said that true being a focus of public attention.

At this time, stride of a big form from the city square stepped, laughed is arriving in front of Xu Yi.

Xu Yi stretches out the arms, layer on layer/heavily hugged with him in one.( ~^~)

Stay informed of NEWEST chapters of Magic Industrial Empire with notification directly sent to your email.