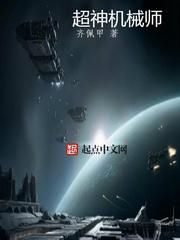 „Has not thought that Black Specter also has instance dungeon quest, how before to have appeared?”

„Was right, Germination mainline finished recently, perhaps makes our these not have participation experience of once more through the instance dungeon way, but Han Xiao is issue fixed instance dungeon character.”

„This is actually very good.”

Refuge's player has not participated in war mainline, somewhat is regrettable, but now the Han Xiao issue has completed mainline related instance dungeon with this, without doubt is compensates for the disappointment the opportunity.

player comes in swarms, but Han Xiao this time has not sent free.

This thing promotes sales the method!

The effect is remarkable, the Han Xiao first time attempt, the same day sales volume has then promoted 30%! The achievement is gratifying.

The most direct-viewing influence, is side Han Xiao becomes is more crowded than the subway, is bustling and filled with people, encircles watertight him.

Entry target is lives finally, just opened up wasteland, all people die on the path of revolution, two days passed by, finally some people of Gou passed/lived instance dungeon, however completion is horrible to look, Optional Quest has not completed, only then lowest basically completion.

Four Optional Quest are the biggest rewards, spends to attain Instance Dungeon Crystal in Han Xiao there, only takes the lowest instance dungeon reward, this is not loses money.

player is not willing, suffers hardships crazily, was been oppressive the mentality greatly to collapse.

„, This can instance dungeon play?”

„Died these many times, I draw a conclusion to obey order cannot die of base to calculate that I lose.”

„How must complete Optional Quest, is really Level 30 instance dungeon......”

Has the pro-gamer conformity information, analyzes the instance dungeon plot from five quest:

„The instance dungeon approximate trend is this, just entered instance dungeon first to be late, Haixia Agent moves, base phony intelligence revelation. second is late, Black Specter starts to take action, kills the patrol soldier, does not know that sneaks the base through any method, obtains the real information, this late completes the quest two keys. Then the base stands guard, discovers the Black Specter's trail, has the chase war, the result failure. Haixia large troop arrives, makes war directly, here has the opportunity to complete quest one, then all people defend against a siege the base, finally the base explosion must die without doubt, lived here to go through customs.”

Here has listed the form and video recording, expressed that in item that each of instance dungeon plot needs to pay attention, goes thread of conversation one revolution.

Must repel enemy large troop, I thought that must start from the information, after the investigation, I had discovered a new opportunity, begins ten minutes to prepare time, this is Haixia Agent begins the beforehand time actually, if stopped them to capture the information here, could change the instance dungeon plot the trend, but this was a fierce battle, but also nobody succeeded...... ”

„Finally, reminded general player, whatever happens|10 million do not have any contact with Black Specter! Runs into him to basically the dead plot.”

player has tremendous enthusiasm to instance dungeon, the forum issued that various analysis posts, Han Xiao itself does not know the instance dungeon specific information, because he, although has chosen the fragment, quest is actually the auto-building, but he saw the video recording of player share from the forum, then knows that player experienced anything.

„player unexpectedly is Dark Crow Valley Base faction , because doesn't have the difficulty with my same faction this instance dungeon?”

Han Xiao is helpless, suddenly the miraculous glow flashes, „this is also good, very difficult instance dungeon reward are many, the player's enthusiasm can continuous be very long. I am a litigant, nobody compared with me understood that this plot the key node, happen to can make some targeted machineries to sell to player, helping them complete quest.”

player receives more advantage from instance dungeon, is more helpful to him, his original intention does not make instance dungeon baffle all player, moreover through trading the pointed machinery helps player, can gain one.

This is an opportunity!

Han Xiao is motion faction, next day left the targeted machinery on mass produce, protects the long-distance snipe specially-made helmet, special auxiliary apparatus of fast motion in jungle, once were promoted, settled on by player that instance dungeon suffers immediately, is out of stock directly.

when there's a demand, there's a market, this is market economy, Han Xiao regarding this is clear, seizes all opportunities, has formed a new commercial chain, Han Xiao was also disinclined the number many links to gain the advantage, he only knows that big pile of small ground and soaked black beans have flown into his wallet.

Because seablue currency is not the currency of among cosmos circulating, therefore he has been spending wastefully, changes into the machinery, material and rare resources, however the money on hand not only has not been short, but also changes many in the by stable trend.

Before Great Technician Han , the player's time, one cent wishes one could to break off two halves to spend, now money are many unable to all spend, has been needed to make up the goods including the Farian warehouse by his speculative or fictious buying.

„Rich good worry......” Han Xiao to worry really, he does not want to work as the toilet paper one pile of seablue currency taking away interstellar......

Five people of squad at least one people have these equipment, was equal to basically just needed.

These money many 'small' can suddenly become 'big', Han Xiao gained big bucket of gold additionally, the instance dungeon difficulty has therefore evolved from NetEase Tencent, although Tencent frequently black, but compared with NetEase, it was the conscience.

Tencent: Does not have money to play your mb.

Both's difference probably is this.

„Becoming instance dungeon announcer, the long-term interests are considerable, so long as I in the place, does not need to be worried not to attract player. This is 1.0 Edition mainline, produces Level 60 following instance dungeon, can eat very long time. I only produce Dark Crow Valley instance dungeon temporarily, waits for player level to come up slowly, issued again new instance dungeon, this can meet the player's need throughout, carries on to be possible the continuous development.” Han Xiao calculates.

„Moreover issued along with many instance dungeon, player experiences my experience personally, deepens own impression to be very helpful consolidated to me, must make player know besides handsome, I have the innumerable merit......”

Han Xiao takes seriously player very much, after all he wants to grow rapidly, could not avoid interacting with player, but player was one group of lawless people, therefore he is not willing to stand in the player opposite...... Although lead player to be many, but player, once grows, huddles together to appear can create some troublesome, this must acknowledge that Great Technician Han never inflates.

Stay informed of NEWEST chapters of Transcendental Mechanic with notification directly sent to your email.