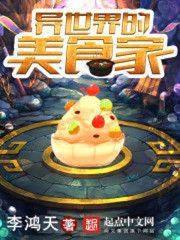 Gourmet of Another World

Bu Fang crosses the hands behind the back stands in same place, light looks at the distant place, form that approaches unceasingly.

Bu Fang remembers, after all has seen.

At this moment, the Titan God Dynasty Envoy group is annihilated, but this fellow actually is also living at present.

Bu Fang happen to can ask, exactly had anything.

Tai Fei distant is the opens the mouth, the hoarse sound resounds through the audience, making Bu Fang in the flash absolutely terrified.

As if a chill in the air, spreads from the sole, covers entire body instantaneously.

That Titan God Dynasty Envoy group, really had anything, unexpectedly caused that the entire Envoy group is the destruction.

The Tai Fei whole body is shivering, that is excited shivers......

He saw Bu Fang, but has not actually exposed the secret.

His gradually walks toward Bu Fang, unceasing nearness, is approaches side Bu Fang's all of a sudden.

Blood pond in all around, there is a black sphere in the vicissitude, this sphere Bu Fang is very familiar, exactly initially encountered the fearful black ball that arrives in netherworld Great World.

Let him and Lord Dog separated black ball in the space teleportation process.

In this black ball, should breed the incomparably fearful life.

In that black ball will hatch a formidable ominous beast, can imitate the forms of combat and strength ominous beast......

At least, regarding that ominous beast, Bu Fang has seen never.

Tai Fei arrived at side Bu Fang's, his eye has been staring at Bu Fang.

He can feel one that Bu Fang within the body spreads to let his palpitation the strength.

On the Tai Fei face revealed the look of fear and fear.

However this Tai Fei also very much awesome, comes across such crisis, unexpectedly can also live.

Then, the mind moves.

Has given that Tai Fei.

Mainly is, the Tai Fei bitter experience was too miserable.

„Eats, eats before it's too late.”

However regarding their this lives, this cuisines, simply just like the distiller's grains, being hard deglutition.

Smelling, has been full of the odor.

Is staring at Bu Fang.

He prepares to get angry directly, eats anything to eat...... Must make him swallow such difficult food thing, might as well makes him die.

Bu Fang has not paid attention to Tai Fei.

He defeated/carrying begins to turn around, looks at present that vicissitude the black sphere in the bloodshed, vision suddenly becomes cold.

Lifts the hand, in the palm has silver Divine Fire to reappear.

Above Divine Fire, the strength of fearful Principle is lingering.

This Divine Fire foundation, compared with his Bu Fang, but also is reliable.

Bu Fang somewhat anticipated that this Divine Fire after his achievement God, can erupt what kind of might!

Naturally, at this moment, Divine Fire is used to burn to extinguish at present these black spheres, has more than enough to spare.

Counts on the fingers a ball.

Silver Divine Fire changed to stream of light, fell into the blood pond.

flame enters the blood pond, the entire blood pond was boiling and has burnt.

But silver flame spreads, suddenly covered above these black spheres......

The black sphere has as if sent out miserably howling.

And has the black gas evaporation.

The next quarter, the black sphere was also then covered by flame......

flame of this fellow can burn the seed that extinguishes him to leave behind unexpectedly......

These seeds, only if existence make a move of God King rank, otherwise radically unable to destroy!

At present this fellow, looks like only has Half God cultivation base, is actually terrifying such?

Looked at Sea Oyster Wrap, squeezes in the mouth fiercely.

Disgusting taste suddenly of surges spreads, that is one type from the innermost soul convulsion, but disgusting feeling.

Their this lives, must not eat human cuisines radically!

But after just had experienced the Bu Fang's method, Tai Fei before the strength has not restored, does not dare to begin arbitrarily.

Must know, anybody has eaten his Sea Oyster Wrap, should not be this appearance.

Perhaps the opposite party also immerses in the Envoy group by the sorrow of destruction.

However, regarding this sorrow, should turn it into the appetite.

Tai Fei is dumb as a wooden chicken, is looking in the hand steaming hot Sea Oyster Wrap, in the stomach the suddenly surges is unceasing.

He wishes one could, directly at present this fellow butchering.

But he thought that oneself is not necessarily victorious.

Regarding this, Bu Fang is satisfied nod.

„You know how to go to the rallying point in Ancient Ruin?”

A while, Bu Fang is doubts inquiry Tai Fei.

Ancient Ruin was too big, flaneries seeks for Ancient Heavenly God the place of fallen, truly is somewhat difficult.

He knows certainly, his entire preparation hides in the human agglomeration.

When cultivation base restores, he can start to slaughter wantonly.

If can slaughter a city, his cultivation base feared that is fearful.

„You guide, Sea Oyster Wrap guarantees all one wants to eat.”

Bu Fang this preparatory work has been done, Sea Oyster Wrap and so on cuisines, has made at least one wicker basket.

Tai Fei hurries the beckoning with the hand name to suffice, walks in the front.

In the innermost feelings regarding Bu Fang's killing intent, has achieved pinnacle.

However, he has not exposed.

He must wait for that oneself strength restores peak......

Happen to can also by the status of this body, go into hiding into the human city.

When a soul soul two also gather to come, can slaughter all people in this Ancient Ruin......

When the time comes, he will certainly obtain macroevolution once again!

Sitting in a circle of Tai Fei dumbfound before the bonfire, does not know that should say anything.

At present this man, has likes eating, takes several roads to start to eat.

But...... These cuisines, in the Tai Fei eye, that are the disgusting thing, being hard deglutition.

But Bu Fang also on such enthusiasm, every time fills cuisines to him.

Therefore, Tai Fei can only endure.

He now only then hopes that earlier arrives at the human rallying point.

In this case, he can get rid of this glutton.

Bu Fang has worked on wooden frame, has blown the one breath.

The steaming steam surges, is sending out a fragrance.

Bu Fang took out the blue and white porcelain pots, in the jar, installs is his special characteristics spices.

Bu Fang has blown a steam, tears down the external skin of that spirit beast bird, suddenly revealed inside tender white meat, on the meat also had the oil juice to splash in the drop.

cuisines of this open country, Bu Fang also very much likes actually, pure natural, does not have many beautification cuisines, after making the person eat, as if can experience primitively was quick.

Bu Fang chī liū smooth biting next, the soft tender bird meat, making Bu Fang feel oneself as if must bite the tongue.

Little Fox early impatiently was staring at Bu Fang, in the mouth, huā lā lā is flowing the saliva.

Bu Fang dug up a bird wing to give Little Fox, Little Fox held in the mouth the bird wing impatiently to eat at the same time.

Fed the meaning of disgusting tumbling to be even more rich.

Dragon Bone Blade one, rip one, then cuts a bird buttocks meat.

Has given Tai Fei the bird buttocks, Bu Fang is continues deliciously has eaten.

He thinks himself to eat, feared that is must vomit instantaneously.

Grabs the hand of bird buttocks, as if shivered......

Tai Fei, has bit one.

In the stomach the convulsion, Tai Fei felt oneself could not bear feel nauseated.

What although Bu Fang gives is bird buttocks, but by the flavor/smell, the bird buttocks may unable to miss many compared with the bird leg.

Is insufficient to nip one to feel nauseated?

„Excuse me...... My food a little supports, actually, my some apositias.”

Tai Fei has cleaned the mouth, said to Bu Fang.

His item of light flashes.

For fear that Bu Fang gets suspicious.

However, if Bu Fang thinks to get suspicious, he did not have solution, must erupt, has killed this human instantaneously!

„Apositia, interesting...... You run into me luckily, all kinds of cuisines, I can culinary arts, always have cuisines, your non- epiglottis.”

„Believes me, your apositia gives me, I will make you fall in love with food the delicacy.”

Next quarter, in his panic-stricken vision.

The side builds all kinds of ingredient.

As one must become man who stands in God of Cooking that stands at the top of the food chain in the Fantasy World.

Cures the trivial apositia, is not a problem absolutely.

Read “ Gourmet of Another World ”

Stay informed of NEWEST chapters of Gourmet of Another World with notification directly sent to your email.