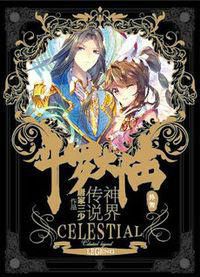 Life Goddess sighed one lightly, said: „Does not need to slaughter them, these divine beast are also innocent. They in the God Forbidden Land many years, withstood many misery. Let me come.”

At the same time was saying, Life Goddess turned around to fly toward below God Forbidden Land.

Rong Nianbing arrives at side God of Emotion, dispatches a look to him, reveals the manner of inquiry.

God of Emotion said in a low voice: „Was my father-in-law makes me ask Life Goddess to come. Life Goddess is the god's head, she will have the correct choice.”

Although with is Class One God, but this seven elemental gods is god of his teacher Rong Nianbing same time, even the history is remote, in God Realm, has the pivotal status, he should also be by treating courteously of younger generation.

Although similarly is Class One God, but must discuss the status and overall strength, God of Emotion must above the element god and Original Sin God(s), but Dai Yuhao takes over the God of Emotion time quite to be short, has not reached the peak that God of Emotion can reach.

God of Fire laughs, said: „Already listened to Nianbing always happily mentioned own disciple, was really the pupil surpasses the teacher wins in Lan! Good and good, later has time, leading the young succuba to ask me to play. The young succuba, you now seems, but is cleverer.”

Butterfly God is angry no wonder that: „Fire Uncle, you also teased me.”

God of Fire Ha Ha loudly says with a smile: „Does not dare and not dare, where I dare to tease you!”

Butterfly God ill-humored [say / way]: „How many beards wasn't the childhood has clutched your? Bears a grudge.”

God of Fire somewhat helpless [say / way]: „How many are that? You said that I grew white beard, then helps me clutch, pain I am not good. After waiting to clutch, your this girl looked to me, truly was several white. But I do not think right! Clutched was so long, such several! Finally, in your this girl another hand, is I do not have the beard of whitening, my pitiful beard, one-third made your this girl clutch to me, I have feared you.”

Butterfly God elegant face micro red, shot a look at God of Emotion, happen to saw he in faint smile looks at itself. Has pinched his, „what do you smile?”

[Say / Way] that God of Emotion treats a matter seriously: „I am thinking that later I cannot certainly have the beard.”

God of Water of blue long skirt curled the lip, said: „Naturally was fierce, she is the God of Ruin wife, the Ruin thought of God of Ruin, she can certainly explain.”

God of Water and Sea God are lineage/vein, relates closely with Sea God, naturally, is that between ordinary friends, Tang San arrives at God Realm, inherited Sea God god's position, in addition simultaneously inheritance Asura God, became one generation of High God, this regarding god of water-system lineage/vein, absolutely is the big good deed. The respect of before letting water-system god obtained, did not have.

God of Water even has several points to admire regarding Sea God, although she in the God Realm time must longer many, but does not affect her admiration. Therefore, one hear of Sea God by seal matter, she are the first response. God of Water responded, God of Fire naturally does not have the reason not to come.

This to the husband and wife, in God Realm is the famous violent temper, as incompatible as fire and water, fights and tosses about daily. But why does not know, regardless of hits is intense, others do not affect the feelings, the sentiment is very as before good.

Reason that Rong Nianbing and this seven elemental gods relates, is when he initially controlled the seven emotions, with the aid of the strengths of seven big elements, he before had seven handle god edges, separately is representing species, most excels, is the water and fire. Usually God of Water and God of Fire fight, he worked as the number of times of peacemaker to be too many.

Moreover, the Rong Nianbing also special places, that is he is a chef, initially, when his humanity plane, he was called Magic Chef of Ice and Fire, in cook, even must surmount as Food God Oscar. Usually, Seven Elements God has not been short of his there to eat the thing, the relational close degree could be imagined.

Why this is also Sea God must make Rong Nianbing keep God Realm , helping him facing the important reason of this disaster.

The splendid intense showdown must start!