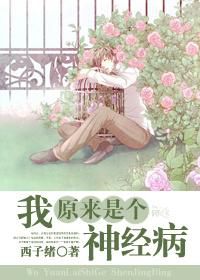 This incident seems to be only an episode in the lives of Chen Qianqing and Lu Zhengfei.

After leaving the hospital, Chen Qianqing has always been very close to the treatment of the legs, according to the doctor's doctor's advice to take medicine, rarely tempered, it seems that after the leg is broken, let him change the whole person.

However, because of Chen Qianqing’s legs, he asked Chen Qianqing not to live on campus, and he sent people to pick up and drop off school every day.

Chen Qianqing knew that her legs were inconvenient, so she agreed.

The original subject Chen Qianqing's major in the university is financial management. The courses are basically some basic things. Chen Qianqing does not have to worry about the test being unqualified, so that he can't get a graduation photo, but if he wants to get a scholarship, I am afraid it is not big. It may be.

When Chen Qianqing walked into the classroom with a cane, the eyes of the whole class were concentrated on him.

To say that the former Chen Qianqing, in their school is definitely a man of the wind, handsome, good grades, playing a good piano, but also a gentleman, almost can satisfy all girls' fantasies about boyfriends.

The only shortcoming seems to be that the body is not very good, often take sick leave, even because of illness for several months of schooling procedures - of course, this is actually nothing to do with Chen Qianqing, is Lu Zhengfei.

"Qianqing, here!" The voice of a male voice came over. Chen Qianqing looked up and saw a face that was not familiar, but it was a recognized face. The person who called his name is one of Chen Qianqing's roommates. The relationship with Chen Qianqing has always been very good. Lu Zhengfei once saw several things with him because of Chen Qianqing's affairs, so he also knows that this person's name is Zhu Mao.

Chen Qianqing walked over with a cane and sat down next to Zhu Mao.

Chen Qianqing put the book on the table and said: "There was a car accident."

"Car accident?" Zhu Maodao: "Not serious? Have you rested some time ago? Are you sick?"

Chen Qianqing thought for a moment: "I am sick."

Zhu Mao sympathetically looked at Chen Qianqing: "I thought you would not come to class again..."

When I spoke, the class bell rang, Zhu Maodao: "It’s been half a semester. You didn’t learn at all. No problem at the end of the period? Do you want to take a look at my book?”

Zhu Mao is also a master of school, almost absent from class, not only take notes seriously, but also often ask the teacher some extracurricular questions, which is simply a wonderful work in the university. This is also the case, almost every year can get a first-class scholarship.

Chen Qianqing was once one of the contenders for scholarships, but it is obviously not possible now. As long as you don’t hang on, you should be thankful.

When the teacher started the lecture, Zhu Mao did not speak. Chen Qianqing also took out the textbook and began to attend classes.The only thing that is fortunate is that Chen Qianqing is studying financial management linked to finance, rather than an art or engineering major that is very unfamiliar or highly demanding. Otherwise, it is estimated that even listening to the class is a confusing one. Every word that the teacher said is clear, but the type that does not know what it means when connected together.

Forty-five minutes of a class, two sections for a large class, Chen Qianqing has a lot of professional courses. There is no difference between the basic and the high school in the first year of the year, and most of the teachers will keep their homework and want to learn. Nature is the hard work of learning. If it is only a picture, it is not too tired.

Chen Qianqing naturally does not really feel like a young man in his twenties. He likes the time of class. He doesn't have to think about other things. No one is bothering. The teacher is talking on it. He listens below and is very comfortable.

There are two big classes in the morning, now it is the first quarter, and I have to change another class in the classroom after a while.

"Qianqing." When the class was over, Zhu Mao helped Chen Qianqing to hold the book and followed Chen Qianqing, who was carrying a cane, "Do you want to go back to the bedroom?"

"Don't go back." Chen Qianqing said: "My legs are not convenient."

Zhu Mao was silent for a while, then said: "Are you still angry with Liu Jingyang? He is the temper... Don't worry about it."

"..." Liu Jingyang? Who? Chen Qianqing did not have any impression of the name. After listening to Zhu Mao’s words, he only snorted that he had heard it and did not show his attitude.

"You are still angry?" Zhu Mao sighed: "His mouth is too embarrassing, but it is not malicious."

Chen Qianqing: "..." He really didn't know who Liu Jingyang was and what he did.

"If you have a good leg, come back and live." Zhu Maodao: "He knows that you have been absent from school for a long time. When you have a meal together, let him apologize to you..."

Zhu Mao had thought that he had said this. Chen Qianqing always gave a response, good or bad, but he waited for a long time, turned his head and saw that Chen Qianqing had no expression on his face, just like he did not hear him.

"Qianqing?" Zhu Mao misunderstood Chen Qianqing's anger. He hesitated: "I don't want to be angry with me. I am not standing on his side. I just think that I am a classmate. There is no need to make it so stiff."

Chen Qianqing knew that Zhu Mao had misunderstood. He said: "Well, I am in a clear mood and will look at it." Zhu Mao was relieved.

Unlike Zhu Mao, Liu Jingyang is the most common college student. His family condition is not good, so he often skips classes to work part-time. The teacher in the last class doesn't like to name, so he didn't come, and the teachers in this class are the second time. Point, so when Chen Qianqing entered the classroom, he saw the person who waved toward Zhumao.

The person sitting in the position glanced at the smile, and the smile cooled down. Chen Qianqing, who looked at the broken leg with a critical eye, looked at Chen Qianqing very uncomfortable.

It seems that Zhu Mao’s words are not necessarily true. Because Chen Qianqing’s experience of reading people for so many years, Liu Jingyang is probably really hating him.

Sure enough, Liu Jingyang’s next sentence is: “Chen Qianqing, how come you.”Zhu Maogang said to Liu Jingyang and was instantly beaten. He showed a sly expression and said: "Liu Jingyang, how do you say it? Why can't Qianqing come?"

"Oh." Liu Jingyang looked at Chen Qianqing's eyes full of contempt, even disdain, he said: "Zhu Mao, you play less with such people, but people are noble, where is the time to take care of our civilians? ""

For this kind of tongue-and-mouth dispute, Chen Qianqing wants to come to be too lazy to argue, even if he wins, how can he be praised at most.

He just smiled and said to Zhu Mao: "Zhu Mao, this is what you said guilty?"

Zhu Mao's face became more and more embarrassed, and their bedroom relationship has been good. As a result, some time ago, Liu Jingyang did not know what madness suddenly began to ridicule Chen Qianqing. The words were very ugly, but after Chen Qianqing left school, Liu Jingyang also converges a lot and shows some regrets. Where does Zhu Mao understand why Liu Jingyang hates Chen Qianqing so much.

Chen Qianqing does not mind that others hate him. He hates him too much. He counts only a few, and there is so much care about it.

Moreover, Liu Jingyang, the kind of person, will be the most screaming.

Liu Jingyang originally gave Zhu Mao a place, but Zhu Mao looked at Chen Jingyang and did not sit with him. Instead, he ran to the back of the street and sat next to Chen Qianqing.

Chen Qianqing joked: "You are a bachelor, this position has insulted your reputation."

Zhu Mao looked helplessly at Chen Qianqing: "Qian Qing, have you encountered any good things? Actually, will you be joking?"

The previous Chen Qianqing did not make a joke. He wouldn’t be too close to each other. It’s usually a different one. Even a roommate is a bit of a gentleman’s taste.

But his personality is not annoying, but the right distance makes the people in the bedroom more like him.

“Yeah.” Chen Qianqing said: “I have encountered a good thing.”

In one lesson, Liu Jingyang looked back at Chen Qianqing from time to time. His expression was not good-looking. His eyes couldn’t be said to be kind, and it seemed that he really didn’t want to see Chen Qianqing in his class.

When the class time is approaching, Chen Qianqing received a strange text message. He opened it a little, until the text message was definitely sent by Liu Jingyang, because there was only one sentence "Chen Qianqing, if I were you, I would definitely have no face to go to school."

Chen Qianqing’s face was finally gloomy. He could endure the provocations of others who were bored, but he did not feel the threatening information.

Chen Qianqing returned a text message "Why didn't I have a face to go to school?"

Liu Jingyang said: "Do you want me to tell your classmates about your business?"

Tell other students? They all said this. If Chen Qianqing didn’t understand what Liu Jingyang meant, he was stupid, so he said: “Let’s go out and have a meal?”

Liu Jingyang also thought that Chen Qianqing, who said this, was soft, and he immediately said, "Okay."