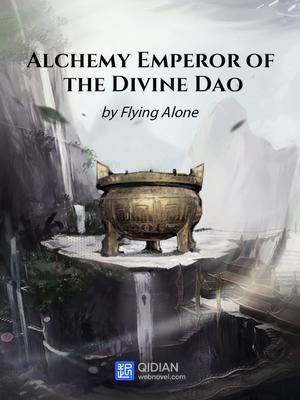 Alchemy Emperor of the Divine Dao

Mo Guohao is an alchemist, but also a businessman.

In business talks, he certainly hopes to make more money, but he knows that if Ling Han sends the improved version of the secret pill to other pharmacies, it will make the traffic of other pharmacies skyrocket.

The total number of people who buy medicines is fixed, and the skyrocketing of other stores will of course reduce the flow of passengers in the Cixi Pharmacy.

Therefore, this must be considered.

Moreover, although the proportion of sales of Cixin Pharmacy and other alchemist in Mi Li Pill is three to one, the common secret pill can only sell two thousand, that is, for each sale, the Cixi Pharmacy only Can get five hundred Xuanbei coins.

If you do this, don't look at the proportions that are worthy of the compassionate pharmacy, but you actually earn a lot, and you can increase the traffic and drive the sales of other Medicine Pill. How much?

Therefore, Mo Guohao is not stupid at all.

Ling Han Hehe laughed. As far as he is concerned, the rate of Cheng Dan is naturally 100%. The average of four stoves per well is good, so the cost of five hundred can earn one thousand six, which is naturally profiteering.

Seeing that Mo Guohao valued Ling Han so much, Pan Hu could not help but scream for luck. If he can't recover Ling Han, he doesn't know what to do with Mo Guohao.

"Mo boss, what can Dan sell here?"Ling Han asked, I can't always look for Dan on the internet platform, because the Dan of the previous grade will not be sold there.

Mo Guohao was surprised: "Do you still have the strength to delve into other Danfang?"

In his opinion, Ling Han has to provide ten Medicine Pills every day, at least three furnaces, and which primary alchemist can guarantee 100% of the rate – that alchemist must make a fly It is.

In general, Cheng Dan can reach 30%, which is already very remarkable.

Therefore, Ling Han has to refine the Medicine Pill of about ten furnaces a day. Almost no time to sleep, how can I still have time to delve into the new Dan Fang?

However, since Ling Han asked this question.

Mo Guohao took the light brain and said: "This is the Dan Fang I collected. I want to give you a little friend. I will give it to you."

Dan Fang and the Martial Technique are invaluable, so Mo Guohao’s words have really given Ling Han a great deal.

He looked at it. There are more than a hundred Dans in Mo Guohao, which are divided into three categories: primary, intermediate grade and high grade.

Mo Guohao was amazed. He listened to Ling Han's mouth Qi. He learned this probe and did not count it. He would like to learn other Dan Fang in the future.

Do you really have so much time?

"There is a specific Danfang on the light brain. You will know when you open it."He said, I feel that Ling Han is young and young, so I want to learn everything. I feel so good.

However, when you hit the wall, the mentality will be adjusted.

Ling Han looked closely and quickly recorded all the materials and refining techniques of the probe. He had gone through it in his mind. The difference between the alchemy technique of the world and the Yuan world was only one fire, another. Changed to use the missile formation to ignite energy.

Aside from this point, whether it is exploring the pulse or the secret force Dan, the difficulty of refining is just like pediatrics.

Ling Han can guarantee that he will start alchemy now, and he can easily refine the veins to ensure a success.

Alchemy Emperor is just so confident.

"Then I will leave."Ling Han said that he has completely mastered the pulse, and the next question is whether he can improve Dan and improve the chances of visiting the pulse.

"I will send you down."Mo Guohao accompanied Ling Han downstairs, and the person in charge of the cashier took 40,000 Xuanbei coins to Ling Han, which was used to pay for the ten improved versions of the secret pill.

Ling Han also has no guest Qi, anyway, Mo Guohao will never lose, the difference is just the problem of earning more and earning less.

Mo Guohao was amazed. When was this nephew sensible? He naturally hopes to have a good relationship with Ling Han, but his age is a bit higher, and it is difficult for them to have a common topic. It is not as convenient as Pan Hu.

However, he is worried that Pan Hu will do things, and that good thing will be a bad thing.

"You have to be careful!"He warned.

"I know."Pan Hu said that since the aunt pays attention to Ling Han, he will of course treat Ling Han as an uncle.

No, no, he will be more respectful, because it is equivalent to taking two people's flattering.

"Ling Xiaoyou, let the tiger deliver you."Mo Guohao laughed. "You are all youngsters. There should be a common topic."

Ling Han has never known how many years he lived in the Yuan world. It is an absolute old monster. Whoever has a common topic with him here. However, he did not care, he nodded.

"Young Master Han, please."Pan Hu is respectful and respectful. The humble attitude makes the folks in the store feel incredible. When did the second-generation ancestor actually become another person?

The two went out and Pan Hu shared some funny things with Ling Han.

He is ignorant and incompetent, the so-called funny things are related to women, so Ling Han quickly revealed impatience.

In terms of checking the face, Pan Hu is quite eye-catching. He keeps his mouth shut, but he thinks in his heart. Does this Young Master Han not like women?

Should he betray his own chrysanthemum in order to please Ling Han?

Or forget it, the sacrifice is too great, at least not yet necessary.

They got a car and went back to Ling Han's residence. Of course, without Ling Han giving money, Pan Hu rushed to pay the money, and wanted to follow up with Ling Han in the house. The result was rejected by Ling Han. .

Pan Hu did not have much disappointment. After all, it was just that he had offended Ling Han. It is not easy to fix such a situation now. How can I count on it to become Ling Han’s buddy?

He made up his mind, and from tomorrow, he will take medicine, so that he can communicate with Ling Han every day.

Hey, he is so smart.

Standing outside Ling Han's residence for a while, he took a taxi back.

Once Ling Han returned to his place of residence, he began to refine the veins.

He has a strong interest in alchemy.

Sure enough, just two hours later, he succeeded in refining the first furnace.

Shen Shi bless his luck, plus Alchemy talent, a success is not unusual.

Ling Han tasted one and savored it. After a while, he smiled and muttered: "I can improve the effect to 20%!"