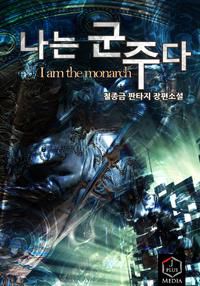 The voice of Roan Lancephil rang the battlefield.

The end of the awl, the head of the Troop.

There was Roan there.

Travias’ Spear, a flaming fire, burst out every time it hit the space.

A sharp spear scratched the ground and made a gap.

Enemy soldiers who roll down the floor in a fire.

At that time, a roaring voice was heard through the fire.

“Roan Lancephil! I get a spear of Bird Daly!”

He was the commander of Daly Troop and a rare spear writer of nobility.

Roan frowned at his side and Ardu spared it lightly.

‘Bird Daly is a nobleman who was cut off after he followed Simon in his last life.’

In this life, Roan was taking his life for a little longer while removing Simon.

Of course it will end today, right now.

“Spear is not what you write.”

A spear with a flaming spear disappeared without a trace, and it showed up in front of Bud.

It ‘s hard enough to follow with your eyes.

Bird breathed deeply and his body was lifted back.

The flames ran past his nose.

The pitcher ripened red and crushed his forehead and nose.

I could feel the pain so intensely that my mind was getting better.

The saliva was inundated and the soul was flowing down.

The flames that rolled along the Travias’ Spear were so hot and intense.

“This is not enough!”

Roan’s horses were close to him.

Gunma and Gunma were standing side by side.

Too close to spear writing each other.

‘Travias’ Spear will reduce the length!’

A sharp dagger came out from the inside of the wrist protector with a cheerful sound.

Bird would swing his arms and take Roan’s forehead.

I had an eerie smile on my mouth.

Even if ‘Travias’ Spear is a great magic spear, it is time to reduce the length …….’

Suddenly the throat was blocked and my eyes became blurred when the thought approached.

I felt the pain that the neck was cut off.

Bird lay down and looked in front of his chest.

Instead of adjusting the length of the Travias’ Spear, Roan squeezed the bird’s dagger, gently squeezing his left hand, and grabbing the neck.

In the case of Bird, Roan seemed to have caught on the fingers, but it was not really that simple.

Roan smiled faintly and whispered in a small voice.

Simply stretching the fist, pulling the nape, and all of it contained the tomb of Reid’s Battle Skill.

That’s why Bird, a well-known knight, gave him a neck without being able to grasp the situation.

Bird fluttered and turned his eyes upside down.

Roan wanted to end that pain.

A word that makes a bit of a rhetoric.

At the same time, the black and red flames skyrocketed from the left hand holding the neck.

The flames swallowed Bird’s head as it was.

It reminded me of a hell fire.

When the flames came down, Bird ‘s head was no longer visible.

Roan’s fire-mana is exactly what he made with his head.

It was a great power.

“This is not human!”

Everything looks scared and scared.

Obviously, the strong heat and the ranks collapsed.

And above it was a thousand Amaranth Troop.

The Amaranth Troop, with its awesome shape, was incredibly agile and flexible and slaughtered the Daly Troop soldiers.

Roan did not have to go any further.

“Lord, we are fleeing the enemy!”

“Break the enemy flagpole! Take the Troop machine and use it as a horse cover!”

It was originally the goal of Roan and Amaranth Troop.

He is now churning the battlefield as a stranger.

Amaranth Troop chased the escaping Daly Troop and broke the enemy flagpole and took the Troop.

Soon the sound of a horn trumpet sounded to warn of the fall of Daly Troop.

Roan looked at the battlefield, grabbing the horse.

‘Daly Troop’s collapse caused a hole in the right wing of the enemy.’

It was the desired result.

On the contrary, the body and the left arm are still thick.

But they were also pushed back a bit by the brutal attacks of Lancephil Fief Army led by Brian, Harrison and Pierce.

‘I’ll have to break the bodies of the guys.’

The next goal was set.

Amaranth Troop was already waiting for the next order, keeping the line up.

“From the West to the East! The enemy army is over! The next goal is a ranged Troop led by Walston Stark!”

The Amaranth Troop soldiers picked up the doorkeeper after they recalled it.

Everything is tightly attached to the horse’s chest.

The wind-like assault would once again begin.

Roan went back to the front and shot a sharp glance.

A voice that pierces my ears.

Soon, Roan gave his thighs strength and kicked him.

Gunma started to run off the ground.

After that, Roan’s roaring voice shook the battlefield.

“How the hell did this happen?”

“Is not it different from what you said?”

“Five fortifications, including the fortress, and one major fief, have already fallen into their hands!”

The command room was loud with all kinds of highs.

All of the commanders who were fully armed sent their eyes to one person.

Clay was the one who was glaring.

He laughed as he watched various reports on the table and a map with complex signs.

Reports and maps mean just one.

It was the defeat of the Rinse Liberation Army.

I was laughing, but Clay was also embarrassed.

Clay fully grasped and prepared everything before the war with the Lancephil Fief Army.

The number of troops, deployment, formation, logistics, information, enemy trends, predictive path, and even Roan and his followers’ abilities and propensities.

We thoroughly checked and reviewed all of them and made a perfect plan.

No, I thought I did.

But one of the things I thought was perfect was wrong.

‘Roan Lancephil, was that so strong?’

It is only a few years since I left him.

Clay knew Roan’s talent was a little better than usual.

Of course he also knew that he was a hard worker and that he had an unfamiliar luck.

‘Considering various things and circumstances, I have inferred to what extent the various powers, including the armed forces, would have grown …….’

The result of analogy is the level of the royal palace knight, which is said to be the highest level among the Rinse Kingdom articles.

However, Roan’s ability in the early battle of this war was not that high.

‘The King of the Royal Palace, no, in the Rinse Kingdom, he became the strongest among the three fingers.’

There were two reasons why he made such a big mistake when he heard about Roan from Druids and sources.

The first of these is the Elf’s blasphemy.

Clay had not noticed yet, but Aily and the Elf following her had a small scratch on the information the Druids collected.

Thanks to Clay, there were very few cracks in the results and plans that he predicted.

But in fact, the biggest reason that Clay did not predict Roan’s growth properly is.

It was because of the ignorance of Roan, which was deep in the heart.

He still believes the Roan good luck than ability to greatly succeed.

“Thanks also to put a good challenge.”

But from this moment on, I had to abandon such an uncomfortable thought.

‘He is much better than I thought.’

I could not cope with him more than I acknowledged him.

“This is purely my fault.”

Clay bowed to the commanders who were still staring at him.

Several commanders were forced to step back with a dismissive look at quickly acknowledging the mistake.

The atmosphere was awkward for a while.

Mills, who was watching the situation at that time, asked in a calm voice.

“Is there a countermeasure?”

A question that accurately picks up the flow.

He answered quickly and pointed to the map with his fingertips.

“At present, Roan Lancephil is staying at McGinley Fief, a vast plains without even a hilly hill, and he’s a good place to play.”

My fingers moved a little north.

“On the other hand, the Newark Fief in the north is a good place to be ambushed and surprise attacked by terrible terrain, we are going to organize a detachment to attract the Lancephil Fief Army as a Newark Fief. …. ”

“I am waiting for all kinds of pitfalls like a.

A voice with a hook came out.

Clay stopped and looked at the direction in which he heard the voice.

Mills and other commanders as well.

All eyes turned to one place.

The main character of the voice was a young man with a big body.

“Heather Myers Viscount, is it a little bit of a joke?

Heather Meyers, a young man in a grandiose body, laughed with a big mouth wide open.

Except for him, many commanders, especially the aristocrats of the Rinse Kingdom, were hardened.

Heather sneered at the glaring glare he was pouring into himself.

He climbed a trudge and stood before Clay.

“Clay Supreme Commander. I do not have a complicated head.”

Header tapped his wide chest with his right hand.

Both eyes shone with eerie light.

“Roan Lancephil, or what it is,” he said.

A confident look and voice.

Other commanders swallowed dry spit with a little nervous expression.

Clay, on the other hand, looked at the headers with calm eyes.

An aristocrat of the Estia Empire who knew well through rumors.

Originally, he had to assume the role of Supreme Commander of the Rinse Liberation Army.

However, Heather conceded to Mills and Clay that he could not fight as much as he would if he took office.

‘Empire’s young noble, no matter how many of the knights of the river grows.’

It was considered one of the most likely articles to become a sword master in the future.

Clay was in trouble for a while.

He could not ignore the demands of the Rinse Liberation Army’s Supreme Commander, but heather of Estia Empire’s aristocracy.

‘I also want to see the skill of the Empire article on this occasion.’

My head went back tight.

Heather could have caught Roan, and it would not have been bad to be defeated or throat cut.

‘If you win, the war is over, and if you lose, my power becomes more public.’

Heather bursts into the ring.

The strange light shined in both eyes.

A sharp momentum burst out.

It was the start of a serious war.