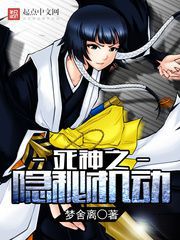 "Your Ability is very similar to me."

In the air, the Shiba Haiyan, surrounded by waves in front of Harribel looks at the accident, was surprised.

Shiba Haiyan's arm is shaking, and the forehead is covered with blood.

"Of course, because you are too weak."

Harribel's voice fell, and the body suddenly shot, and came to Shiba Haiyan, the right hand of Zanpakuto.

The waves around Shiba Haiyan slowly merged into a huge Water Sphere, but only in an instant, was opened by Hao Libei, and the long knife fell again.

Shiba Haiyan lifted the Trident block, and after the bang, Shiba Haiyan was slightly retreat.

But only in an instant, the Harribel sinking stars disappeared, appearing behind the Shiba Haiyan, the center of the right hand long knife filled with a yellow energy, and finally filled, shot.

In the face of Slash, Shiba Haiyan mobilized the waves as much as possible and gathered to resist the blow.

Water Sphere was shattered and Shiba Haiyan crossed the trident in front of him but was directly shot.

"You are weak, I don't know why you can be my opponent, this is Captain?"

Harribel's eyes were cold, but the Shiba Haiyan in the distance slowly rose up and said, "Of course I am Captain."

With the shouting of Shiba Haiyan, the waves around him suddenly flew up and turned into waves, and then surrounded by Level 1 water, forming a sea.

"The sea is rolling."

Shiba Haiyan gently groaned, accompanied by his figure, the ocean suddenly dumped, all the waters rushed toward Harribel.

Harribel tried to block and the result was knocked down in an instant, and then the sea continued to squat, slamming into Harribel's body and drowning it.

"The weight of thousands of tons of water, you can't resist."

Shiba Haiyan looks at the sea in front of it, gently said.

Along with a resentment, a figure rises to the sky, the face of her face has disappeared, the skirt at the waist is short, only to the thigh, and the both legs are wrapped in white armor.

In addition, Harriel's right hand knife has changed, no longer a hollow blade, but a huge white giant sword.

Shiba Haiyan had some unexpected looks at this scene, Harribel said: "This is my returning state, after the emperor."

Harribel said, waving his arm and seeing a flash of yellow light.

A barrier formed by sea water appeared in front of Shiba Haiyan, and the yellow light hit the sea wall.

Harribel had some surprises, and Shiba Haiyan said: "The only way to return to the blade?"

Along with the words of Shiba Haiyan, the trident in his hand crossed an arc in the air, and the waves rose into the sky, turning into a long water blade and heading towards Harribel.

But Harribel raised a giant sword and aimed at Shiba Haiyan, a huge stream of water shot in the giant sword.

The water blade and the sea current collide and collide together.

"It turns out that no wonder you said that my Ability is very similar to you. However, you can only use the giant sword to generate water, but I can control the ocean. ”

Shiba Haiyan once again wielded the trident, and all the seawater gathered and turned into a huge whale, rushing towards Harribel.

This whale, about a hundred meters long, is huge and hits Harribel.

But Harribel raised the giant sword in his hand and pointed at the whale, then the yellow light flashed.

The next moment, a huge yellow Cero shot, hit the whale, and directly defeated the whale, turning it into a raindrop.

"It's useless, as long as it's the water I'm producing, I can control it myself."

Along with the words of Shiba Haiyan, these raindrops slowly filled the Space around Harribel, and then condensed and swirled to form a huge vortex.

But at this time, Harribel raised the giant sword in his hand and shouted lowly: "Break the waterfall."

I saw a huge water column bursting around the center of Harribel. After the sea vortex was opened, it turned into a waterspout and hit the Shiba sea otter.

Shiba Haiyan controls the seawater to form a shield, which is hit by a waterspout and continually squeezes the shield.

The waterspone is slowly running out, Shiba Haiyan is unharmed, and looks at Harribel, saying: "As long as the sea is in, you can't hurt me."

"But your ocean is decreasing, should your spiritual power be consumed too fast?"

Shiba Haiyan transforms the spiritual power into seawater, which pervades the body, although both defensive power and Attack Power are amazing.

But such a method and its consumption of spiritual power, if it has been practiced in the boundary for almost 20 years, the spiritual power is improved, otherwise Shiba Haiyan has been difficult to support.

"Don't worry, I will beat you before the spiritual power disappears."

Shiba Haiyan said that the waves were attacking Harribel.

On the other hand, Tōshirō Hitsugaya looks at the figure in front of him, his face is ugly.

How come? Why is my dragon truss used at all? ”

Tōshirō Hitsugaya looks at Baraggan, who was out of trouble. I don't know why he was unharmed.

Baraggan said with a smile: "It's useless. All objects will age when they are close to me. This is my Ability."

But in midair, Baraggan was frozen, but in an instant, the level 1 of the ice layer shattered and Baraggan got out of trouble.

“I said that all objects are close to themselves and will age.”

"Was I? Then I will freeze even with your Ability. ”

Tōshirō Hitsugaya eyes picked up, and the ice wing behind it suddenly melted, only to slowly drop the snow in the sky.

Baraggan raised his head, but the next moment figure stopped, because a snow fell on his body.

When the snow touches, the blossoming flower blooms on him, one flower and one flower, drowning Baraggan.

When the 100th flower appeared, an icicle condensed by ice would freeze Baraggan.

When the ice blooms 100, the enemy will be killed.

Ageing But it will also be frozen. ”

Tōshirō Hitsugaya looks at the icicles in front of me, gently said.

But at this moment, the icicles broke again and turned into ice.

When the ice falls, a terrifying cockroach slowly appears in the air.

"How was this possible?"

Baraggan said, "Did I tell you?" My Ability is aging, objects, life, or Kido spiritual power. Everything is aging. ”

With Baraggan's words, he reached out and the black breath spread to Hitsugaya.