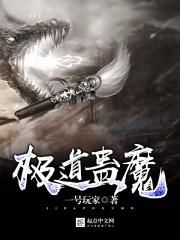 At this time, she has already seen it. This talent is the Lord, leading to the culprit of this upheaval.

The water king is just a dog’s leg that’s all.

The squadron was a group of water monsters. When they saw this scene, they fell down and slammed together: “See the king of the aquarium!”

Shen Lian smiled, said: “You made a very wise choice, I believe that the king of Heihe will make the same choice.” Folding out a wedding dress Gu, undoubtedly said: “Immediately refining. ”

See this scene, next to the water Lin Wang Yinsen smiled said: “Lingyue, whether you are sincerely committed or virtual and the snake, refining the bride of the North King of the Gu, you are a wedding dress, dare to move what mind, A thought on the king will make you die immediately.”

On the face of Lingyue, there was a fascinating color. He looked at Shen Lian and looked at it. He said: “You are the king of the North!”

The old turtle Steward had a hint of evil in his heart, and inserted a sentence, said: “Remember, this snake is the king of the North.”

“Do you raise?!” The general of Lingyue stunned and stunned. Is it Divine Beast, can you raise it?

Seeing the expression on the face of Master Ling Yue, the eyes of Shui Lin Wang twitched, it seems that he himself reacted at that time.

Shen Lian is undecided, directly instructed: “Give you three days to trim.” After that, he rushed up and broke through the water.

Looking at it, the Heihe River is wider than the Weihe River, and the mountains and mountains are undulating.

Shen Lian turned his body and flew to the east.

Came to an unknown hill.

Shen Lian looked around and thought it was not bad. She immediately took out an embryonic cub and placed it on the ground. Then he stepped back three steps and observed it quietly.

After a while, the living things in the film wrap constantly squirmed and torn, and the film finally broke open.

I saw a weak young cub, not much bigger than the grinding disc, rolling over to the ground.

The cub opened his mouth and ate the thing closest to his mouth, mixed with the mud of the rock.

This thing is under the belly, the color of the baby’s body surface has changed a lot, and the earth color appears. Moreover, the baby cub seems to like to eat the earth to eat stones, can’t stop, and then eat it all the time.

“Sure enough, the fittest survives!”

Shen Lian’s eyes are full of surprises, the youngest can eat anything, and everything can evolve!

In a moment, the young cubs grew up, the surface appeared bristles, and the limbs grew, and they were able to move.

The cubs trembled and walked over to the hill, picking up a large stone and eating it, licking it, like eating an apple.

After only a little half a day, the eating cub looks like a giant clam, three meters tall, loves to swallow the earth and rocks, and has evolved the “squatting power” and “moving the mountain”.

Shen Lian pulled the corner of his mouth and named the young cub “mountain 猿鲲” and stocked it in the mountains.

Later, he flashed into the undead space, released another embryonic cub, and fed it with a mammoth corpse. As a result, the longer the cub, the more like a mammoth, evolved into a “undead corpse”!

Shen Lian left the dead body in the undead space.

“There is another embryo…”

Shen Lian thought about it for a moment, and the palm of his hand gave a raging flame and fed the cub with anger. It is incredible that the baby’s head has a red horn and nine tails, and the body looks like a fierce nine-tailed fox.

Yan Tong, Shen Lian jumped into the Heihe River, landed on the snake’s head and sneaked to the post.

The water demon army is assembled!

Shui Lin Wang and Lingyue General, there are more than 700,000 water demons under the arm, full of power!

Shen Lian is also nonsense, riding a snake and rushing out, Shui Lin Wang and Ling Yue generals look at each other, they are all eyes cold, but the next moment is to rush to follow.

Down the Heihe River, the Shrine of the Water.

Inside the empty wall, there is a magnificent temple, with water monsters wearing armor patrolling inside and outside.

Here, the river is dark as ink!

The king of Heihe River is different from Shui Lin Wang. He is an ink scorpion and a dragon genus. According to his blood relationship, he is the relative of the East Dragon King.

Of course, the old dragon king lived for tens of thousands of years, and the relatives simply went more. He may not remember to live with him, but he can become the Heihe water god, but it is worth remembering by the old dragon king.

Speaking of this, when the young man was young, he was not honored in the sea, and he was not outstanding. He was drowned in the huge sea group and was unhappy.

Later, somehow, Central Plains’s nine Aristocratic Family took a fancy to him, giving him huge resources to support him, and his strength was led by leaps and bounds. He also took over the Heihe River with the strong assistance of Central Plains.

As a result, he also took the initiative to abandon the sea and defend the portal for Central Plains.

Therefore, he is the Heihe water god!

Being able to call yourself a god is the ability to transform into heaven and earth. Heaven and earth are immortal and God is not dead!

“haha, the Holy Court finally couldn’t sit still, sent Lin Family to the northern land to attack the Shen Lian, and there was a good show.”

At this moment, the King of Heihe is banqueting in his palace, entertaining his two old friends from Central Plains, talking and laughing, and the Northern Expedition is a hot topic in the near future, naturally mentioned, everyone has their own opinions.

“Speaking of this Shen Lian, there are indeed a few brushes. The Central Plains special envoy has dared to kill him. The bloody words can’t kill him. He completely annoyed Chu Qitian. This time, Lin Family is going north, and the situation is unpredictable. “Red 髯 old man Talks and talks, finished, the left hand toasted a big mouth to drink, right hand picked up a scarlet beauty thigh in front of him, put it in his mouth, tearing a mouth, revealing two rows of neat fangs, exceptional Infiltrate people.

“Not necessarily, Chu Qitian war is invincible, no problem, he will not play the unsure of the embarrassment, in my opinion, the king of the Northland is not much time.” Another face of the deep wrinkled Old Lady, She is short and tall, only slightly higher than the gnome. No matter how she laughs or laughs, her eyes are always in a line, and people can’t figure out what her mind is.

The king of the Black River waved his hand and laughed said: “No matter who wins or loses, it doesn’t matter to us. It is good to watch a movie.”

“That wouldn’t talk about Shen Lian, talk about the annihilation of the congregation, I heard that the sacred court has to hold a big ratio?” Red 髯 old man hearing this lightly coughed, the words turned indifferently asked.

The chunky Old Lady hearing this is also excited to stand up, his eyes slightly open a gap.

The king of Heihe nodded and sighed said: “Yes, it is the indispensable fruit of the Gu Master’s promotion to the epic level! All three worlds are the Holy Grail, the Snow Demon Mountain and the Dragon Temple.”

Stay informed of NEWEST chapters of Refining Gu with notification directly sent to your email.