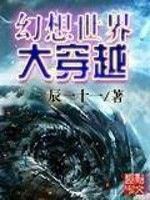 Outside the Sanqing Hall of the Taoist Temple, the horizon has been faintly white, and the dimly lit oil lamp is enshrined in front of the Sanqing statue. There are three dilapidated yellow futons behind it. The Sanqing Hall is not big, because the Shangqing Palace on the Phoenix Hill is a Not a small path view, it is deep about one zhang, Sanqing statue aloof and remote, with some tables and chairs on both sides, Jiang Taichong is sitting on one of the chairs, thinking about what.

He picked up the tea pot on the table, and the good Longquan kiln tea was covered with glaze like a clam shell. “Today’s hot water is slow!” Jiang Taichong thought, “I will talk to them later.” The hands and feet are a little bit better, and immediately this is coming, so you can’t be so slow!”

Thinking of coming to the hospital, Jiang Taichong is somewhat proud. This is his god’s move. The small village of Yi Village often comes. He thinks that he is also a Taoist. Who is going to take him through the courtyard? Who knows? There is such a big fish behind him – Xia Maoshan, evil outside the road, the confidant of this sect… When Chen Jiugong was there, how arrogant the arrogance?

Benzong had to shun the house, I heard that I had a fight before.

At that time, Chen Jiugong was also a famous person. The grass-rooted people could actually find such a large family business. When the Maoshan Mountain was full, the three real people and the 19 Taoists were suffering from hundreds of Taoist priests, such as burning fire!

Although it is now lost! But how many families can be left, who can make it clear?

Maybe… there should be some implements! Counting up, maybe even the magic weapon… I thought that Jiang Taichong couldn’t help but feel hot and dry, and he subconsciously lifted the tea pot, feeling a light hand, only stunned: “Today’s hot water is too hot. Slow! Wait a moment, reprimand the firework…”

Jiang Taichong was worried that Yi Village’s two widows had the tools and even the magic weapon. This sent the message up. Otherwise, his Jiang Daoshi also recognized some of the three things, and touched the door and killed an old. Man Children are not simple, but under the Maoshan Gate, it is not that simple!

It is a patriarchal figure of the three religions.

Otherwise, why did he give the oil to the priests whose eyes are higher than the top and whose noses are facing the sky?

Jiang Taichong sighed, looked up, counted the time, and… one day, two days… and five days, five days from Maoshan, this is already a very fast speed. If there is no instrumental symbol between the Taoist priests as a means of communication, the time from here to Maoshan is saved. How fast? It is not so convenient for the court to send a report to the court.

Except for the East and West Factory and Bright Gown Guard to arrest people, who dares to trouble the court to worship the Daoguan group of uncles? At present, the governing ambassadors of various provinces have not fully realized the Daofa communication. In some remote provinces, there are no Taoist enshrines around the governor, and they also use the station to pass the memorials, and the text… The poor, the Jiangnan group puts money. Businessmen have a day to listen to the messenger like this!

Jiang Taichong counted the time here. He didn’t dare to send people to monitor the small Maoshan embers. Based on the monitoring methods of the priests under his hand, he said that it was almost the same for the evil priests in the Maoshan Mountain. That is the ancestor of the side door! ,

At this time, the Taoist priests and Taoist children in the Taiqing Palace have begun to concentrate on the Sanqing Hall. The other two sects of the right priests can naturally enter the Sanqing Hall, but those Taoist children…the biggest beard Have you seen the white boy? Muscular, martial arts, chest and arms are more than a woman’s magnificent ‘Tao Tong’, it is not rare.

These ‘Dao Tong’, then only on the patio below the Sanqing Hall, with a futon to squat!

A muscle-knotted ‘Dao Tong’ may have been late, and this rushed from the cloister path to the Sanqing Hall. The sky was a little dim. He saw a Taoist in the fireworks… Dao Tong, carrying a teapot I hurried to the Sanqing Hall, and the child’s body was shaped like a young boy.

Outer disciple, read as ‘Dao Tong’, wrote the man who is a Taoist, beater, and guardian. He intended to rush to the fire priests and hit the people, only to chuckled, and eagerly looking at the firework. The Taoist guards the wolverine scene of the teapot, but he only sees that the fireworker’s priest looks like a wolf, but it is attached to him by the side of the wolf. The teapot filled with hot water is lightly held in his hand, and the other hand grabs him. The face of the door.

The man felt that he was holding the thin, big hand on his face, like a cast iron, and he was squatting at him.

The big hand twisted slightly, and there was a clear sigh on the silent corridor –

The man’s head reversed the angle that a normal human can do. The silhouette that looks like a fireworker is just a little force, pushing the heavy body behind a bunch of weeds.

In the back of the place, Wang Chen also wore a wide Great Way robe that was not fit. The face was covered with some pots and ash, but it was very careless compared to the cover of the fireworker. It is. He carried a wooden tray and blocked most of his face, with delicate pastry on the tray.

The cakes wrapped in white icing are quite delicious.

When Wang Chen left the firework, he slammed a knife. After all, it was a faction. In the Taoist temple, the cows were slaughtered, and there were always a few good butchers. The killing of the sheep and the knife was quick, and the killing was very good. The true Taoist Taoist Temple, Wang Chen can find two kitchen knives for the TOEFL! Like now, the ear of the ear knife is in the hand, killing the heart.

The closer they are to Sanqing Hall, the more likely they are to encounter other Taoist priests. Before the corner, Wang Chen almost touched a Taoist child with his nose. He screamed, but he did not see clearly. Wang Chen The ear knife was sent to his body. The knife was obliquely inserted from the diaphragm between the chest and abdomen and poured into the lungs. The boy was already an adult, but he was still young, a young one. The face was a bit stunned, and I didn’t understand what was happening. The blood with a pink bubble spurted out of my mouth.

Wang Chen calmly twisted the knife handle, turned a half circle, slowly pulled out the sharp knife, pulled out a white cotton cloth from behind the robe, carefully wiped the face cleanly, and continued to move forward without changing the color.

With a weapon, kill yourself!

Wang Chen went two steps forward and turned to the patio. There were already Taoist children in twos and threes on the patio. With futons, they were ready to meditate. They looked at the Sanqing main hall, Jiang Daoshi and the other two. The Taoist, sitting there, the old Taoist priest was carrying a teapot and went up.

Wang Chen lowered the tray and walked forward with ease. When he arrived in front of several Taoist children, his hand trembled slightly, and two cakes with frosted sugar fell on the ground, and the whisper next to him shouted, Wang Chen Pretending not to see, continue to go up, he saw that the old Taoist priest had already mentioned the kettle, and someone shouted at the back: “The thing is gone… the sugar cake is on the ground!”

On the Sanqing Hall, the division’s palace pumped up the hot hot water teapot, and suddenly violently splashed toward the faces of the three Taoist priests.

Wang Chen picked up the tray and went back. He used his fastest speed in the life, and moved towards the Sanqing Hall. The screams of the Jiang Daoshi on the Sanqing Hall were just sounded. The old Taoist priest had a lightning-like teapot. When he stumbled on a person, Wang Chen made two steps and made two steps. A cow ear knife directly passed into the belly of a Taoist who barely opened his eyes. He hugged the priest and even three barrels.

Release the already soft Taoist, and use his body as a shield to block behind. The next moment, the fire and the violent impact came from the patio, and then there was a huge explosion. Even though Wang Chen blocked a file, the powerful impact remained. With him, he fell to the back and slammed into the pillar of the great hall. The violent impact made Wang Chen’s eyes black and the painful internal organs were not their own!

Stay informed of NEWEST chapters of Fantasy World Transmigration with notification directly sent to your email.