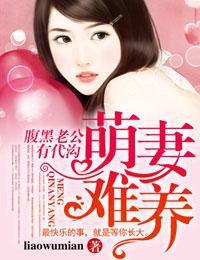 It’s Hard to Raise a Wife

Lu Huanzi looked at Mo Lichuan with a cold face.

I know that Mo Lichuan is sure to be angry.

Because this morning, Mo Lichuan originally disagreed with her going to school to take the test.

In Mo Lichuan's eyes, her body is the most important.

However, Lu Huanzi still feels that the results are more important.

Fortunately, it is now finished.

Just as Lu Huanzi’s bit has been hung up.

The nurse came to pick him up.

When Lu Huanzi stood up, he was still a little dizzy.

Mo Lichuan simply walked to her side and took her shoulders.

The distance is so close, Lu Huanzi only thinks that the smell of his brother-in-law is very good.

When I got home, it was only seven.

But she is not hungry at all.

Originally, Mo Lichuan was letting her have dinner and rest.

Go back to the room and go to sleep.

The brother-in-law did not leave.

She has been guarding her at the bed of her room.

Lu Huanzi woke up a few times in confusion.

She let Mo Lichuan go back to the room to sleep.

Lu Huanzi knew that her husband had been afraid of her accident and did not leave because her fever had not returned.

If it weren't for a big accident, today the hospital really has no place.

According to the character of my brother-in-law, it is definitely to let her stay in the hospital.

May be still suffering from fever.

However, my brother-in-law is tired of overwhelming it over the forehead with a towel and washing it with ice water.

Lu Huanzi will feel refreshed for a moment.

In fact, this was the case once again.

Lu Huanzi had an acute cold and a high fever, and Mo Lichuan took care of her overnight.

When I woke up occasionally, I saw Mo Lichuan still beside me, only to feel very embarrassed.

Especially when I saw the brother-in-law’s eyes are bloodshot.

Lu Huanzi knows that Mo Lichuan is very busy and tired, but he has to take care of himself.

Finally, after Lu Huanzi woke up again, he suddenly grabbed Mo Lichuan’s arm: "Brother, you sleep in my little bed."

Lu Huanzi was still confused at the time.

I don't know if it is because of a fever or a sleepy sleep.

But she just couldn't bear to care for Mo Lichuan to take care of him all night.

Since he refused to go back to the room to sleep.

This is the only way.

Mo Lichuan listened to this, but it was a slight sigh.

Then there is some funny expression, the usual tone: "Okay, don't worry about me, you can sleep soon, when you fall asleep, I will go back."

Every time, my brother-in-law said this.

But Lu Huanzi knows that his brother-in-law is not at ease.

So Lu Huanzi suddenly took Mo Lichuan’s arm and pulled it hard. He said, “Brother, you sleep with me, sleep now.”

Stay informed of NEWEST chapters of It’s Hard to Raise a Wife with notification directly sent to your email.