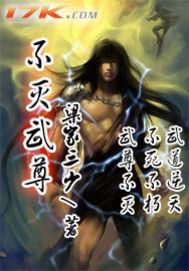 This heaven defying creature, a Great World of Great Dao Law, may only be able to breed one.

However, the vitality of undying divine medicine, although heaven defying to the extreme, but there is no cultivation base, will be caught by other cultivators, using its divine liquid to become Extreme Dao divine pill.

Only Gu Fei, the existence of heaven defying, can easily be made into Extreme Dao divine pill, because his medicine refining stuff heaven defying to the extreme.

“Ten drops of the Didy liquid of the Undying Divine Tree?”

Gu Fei heard the words of Fan Xiu Monk, and it was really a bit of a heart. It was the divine liquid of Undying Divine Tree. One drop is equivalent to a life!

Even if the Extreme Dao Paragon was badly hit, even severely dying, a drop of Undying Divine Tree’s divine liquid will allow it to recover in a short time.

Ten drops of Undying Divine Tree’s divine liquid is so precious that even the Extreme Dao Paragon will be jealous.

However, Gu Fei himself has an ancestral dragon undying medicine, and Inner World has Divine Life Spring and ten drops of Undying Divine Tree’s divine liquid. He doesn’t care much.

“Yes, if Brother Gu is willing to take it, ten drops of Undying Divine Tree’s divine liquid is Brother Gu’s.”

Fan Xiu Xiao Monk’s phantom said, although separated by a very distant distance, but by signaling dao talisman, he can talk to Gu Fei in Monster Race Ancestral Land.

“I have no time at the moment, just like this!”

Gu Fei said that his right hand waved, and the phantom that floated in front of him disappeared into the void.

“A dozen drops of the Didyine Divine Tree’s divine liquid would like to ask me to shoot?”

Gu Fei shook his head very disdainfully. The higher the price of Van Xiu’s Monk, the more difficult it is to do this. The West Purgatory is not a weak one.

Eternal Great Ominous Profound Yellow is one of the seven purgatory masters.

With Gu Fei’s current cultivation base and battle strength, even if you use the Star Beast, I am afraid it will only be a match with Eternal Great Ominous Profound Yellow.

He doesn’t want to use Nine Heavens Star Sword anymore.

“Just let Van Xiu and Profound Yellow do the first thing, then hit the Van Xiu Monk one.”

Gu Fei is talking to himself.

Just then, a person silhouette came in and the person was Old Turtle.

“I have received news that there is a major event in Xi’an, where the show Monk and the Eternal Great Ominous Profound Yellow are doing.” Old Turtle is busy.

“Cut, I am still thinking about why.”

Gu Fei does not agree with the said.

But this time, Gu Fei will not easily shoot.

Because he knows that Eternal Great Ominous Profound Yellow is hard to do.

At this time, Fan Xiu Monk was sitting in front of three Buddhism powerhouses, one of whom was the golden body Buddha of the powerhouse.

There is also the Xilin Buddha Lord of the ancient temple of Xilin and the disciple of the Eternal Buddha Lord.

Even the burning Buddha is respectful in front of Fan Xiu and dare not have any scorn.

“Does this Gu Fei refuse to shoot?”

Xilin Buddha Lord is secretly scared. Fan Xiu Buddha is willing to come up with ten drops of Undying Divine Tree’s divine liquid, which is the divine liquid of the legendary undying Golden Buddha tree.

This kind of Didying Divine Tree’s divine liquid, one drop will make people stand up to the Buddha.

“This Gu Fei is also too fail to appreciate somebody’s kindness.”

Golden body Buddha ignited Buddha child said, this fuels Buddha Lord, and the burning Buddha child, is the fellow apprentices, one of the twelve eldest disciple of the Eternal Buddha Lord.

And this fueled Buddha child cultivation is the supreme technique of fleshy body becoming a Buddha. Even if it is not fighting with the major people, it does not promote buddha strength. His skin is still golden light, and the eyes open and close. There is a golden glow flashing.

“Senior Brother just came out of the mountain and naturally didn’t know what Gu Fei was.”

Burning Buddha child sighs, he has already known from the mouth of the Buddha Lord of Xilin that Gu Fei is there, it is the ability to defeat the founder world, Founder Demon Race!

“Cut, how good he can be, his Divine Beast is really amazing.”

I saw Buddha, who was not convinced by Buddha child. He closed the endless years in the inner world of Wan Buddha Mountain. He has been guarding the Buddha Palace. Even the Founder Demon Race and Gu Fei’s Heaven-shaking, Earth-shattering failed. Alarmed him.

However, the Buddha Lord is one of the three great Buddha Lords in the West, and is well informed.

After the war, the Founder community, which was unscrupulous and arbitrarily attacking Heaven World, began to become honest.

The Founder community powerhouse, which has some grievances with Gu Fei, left the Founder world directly.

Burning the Buddha directly interrupted the voice of the Buddha Lord.

“Without Gu Fei, I can solve those purgatory masters.”

When he saw the Buddha, he stood up. When he moved, his body immediately heard a faint wind and thunder, and there was a golden glow in his body.

A powerful aura emerged from the body that burned Buddha.

Fan Xiu Monk and Burning Buddha child have nothing, then the Buddha Lord is turn pale with fright, from the burning of the Buddha’s body, the pressure unexpectedly is pressed, he almost breathless.

Just then, a powerful ominous evil aura came from a distance in the distance and mighty, and a black city of giant appeared in the sky.

That Xilin Buddha Lord is even a big change.

Eternal Great Ominous Profound Yellow, that’s the real Peerless great ominous, he is the real Boss in the West Purgatory.

The current Eternal Great Ominous Profound Yellow is definitely one of the existences of Heaven World strongest because he can ignore Heavenly Punishment.

In this Heaven World and Human World, dare to ignore the Heavenly Punishment’s powerhouse, there will never be more than five, Van Xiu Monk counts one, Gu Fei counts one.

This Eternal Great Ominous Profound Yellow is also considered one.

But aren’t they all coming to the Eternal Buddha Lord and other purgatory owners?

The next moment, a great hand directly looked towards the Wan Buddha Palace. In the past, the violent to the extreme of the Buddha Sect broke out and blocked the entire World.

Just then, a sneer rang, and then a golden buddha light rushed out of the 10,000 Buddha Palace, breaking through the fierce force and shooting into Eternal Ominous City.

When the loud noise rang, the entire Ominous City shook.

However, the next moment, a silhouette of a buddha light rushed out of Ominous City, powerful to the extreme power fluctuations and mighty ten directions.

Immediately, a fiercely violent silhouette came directly from Eternal Ominous City, directly catching up with the Buddha, and great war.

Eternal Great Ominous Profound Yellow is not a good class.

Burning Buddha Buddhism directly flew out, there is a fist seal on the chest, but, soon, the fist seal disappeared, just like never before.

This powerful Buddha body is hard to really hurt, especially when it comes to burning Buddha. He is taking the freshy body to achieve Paragon’s supreme technique.

Eternal Great Ominous Profound Yellow simply does not put the Buddha in the eyes, just take a shot, it will burn the Buddha statue to evade, almost no effort to fight back.

Among the Wan Buddha Palace, Fan Xiu saw this scene, his face was very dignified.

Burning and the others staring at Peerless powerful Peerless violent silhouette, buddha strength vast and mighty, can be shot at any time.

The power of Heavenly Punishment is starting to move, whether it is Eternal Great Ominous Profound Yellow or burning Buddha, their power has reached the limit that Heaven World can tolerate.

If the power they show is promote, Heavenly Punishment will really come.

Of course, whether it is Fan Xiu or Profound Yellow, there is no fear of Heavenly Punishment.

When Profound Yellow said, he had a terrifying dreadful power fluctuation, and the next moment, Vault of Heaven directly lowered the Heavenly Punishment thunder tribulation.

It was only a moment that the ruin of the billions of treacherous aura was filled with every inch of void.

But at this time, the Eternal Great Ominous Profound Yellow pointed out directly, a devastating light rushed out of his fingertips, a golden bloody glow suddenly appear.

The chest that burned Buddha’s chest was directly penetrated by Eternal Great Ominous Profound Yellow, and a blood hole was punctured before and after, and the golden Buddha’s blood oozes out of the blood hole.

Profound Yellow disdained said, this guy can’t even pick up one move he got serious.

Burning Buddha and frightened and angry, he rushed back, but Eternal Great Ominous Profound Yellow’s current cultivation base, has broken through to Extreme Dao Secret Realm, fearless Heavenly Punishment.

I saw Profound Yellow slap it out, and directly lit the golden body Buddha statue like a worm, and flew away.