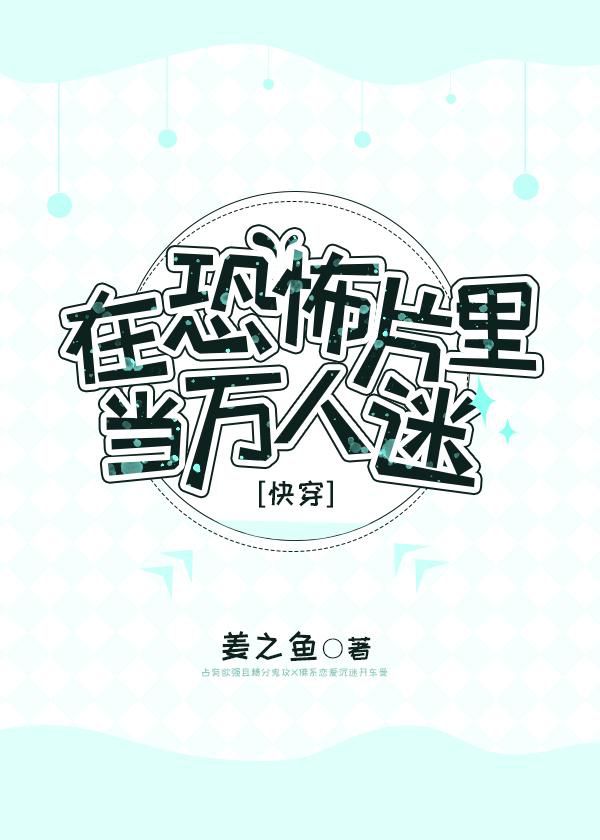 To Be a Heartthrob in a Horror Movie

Lin didn't feel any problem with what he said.

The time before Liu Lili, someone asked him if he was wearing a red dress.

Of course not, he is afraid that he will be killed.

Lin grinned one day: "I don't want to be unwilling."

Su Shi did not want to wear a skirt, and that time he was completely set up in the script.

And the reason for the script is also strange, because there are no boys in the underwear store outside the school, how is this possible...

Su Shi deeply felt that the screenwriter who made this script might have a bad taste.

He shifted the topic: "Don't say this, have you heard other things from Teacher Chen?"

Lin shook his head in one day. "Students have changed."

It’s been several years since Mr. Chen’s death. His students have graduated for a few years, so they have no way of knowing.

The school also has a new teacher, and the topic will not be on him.

Lin’s day’s whimsy: “Mr. Chen is quite famous among students. You said that this greeting card is an accident, not a key point.”

Su Shi does not agree with this idea.

What can happen in this horror film is basically useful.

Birthday card, photo, seventh floor, and Suya and Jiang Hui are good friends, and they are also students of Teacher Chen.

All kinds of signs indicate that something unusual happened on the seventh floor a few years ago. The big reason is related to Mr. Chen.

Lin asked one day: "Why do they jump in the office building and hang in the dormitory? Is it too much?"

Seeing Su Shi indulging in painting, he said to himself: "I feel more and more that this is not easy."

I finally got a reply this time.

Su Shi painted a diagram of the character on the paper, thinking while asking, "Where are you not talking about it?"

Lin thought for a day and said: "Any two of us are not an alarm? Then the police came to take Chen Ke's body away, and did not ask us to do anything."

The first time Liu Lili had asked about it at that time.

This time, Chen Ke’s body was found in the dormitory, and the police did not ask.

This thing doesn't seem to be simple.

Lin was shocked, "How did you get in?"

Lin Xiaoyu closed the door, "Auntie did not stop me."

Lin was shocked on the day: "Sure enough, there is a difference between girls and boys. I will not be able to enter your dormitory."

When you enter the door, you will be blocked by the aunts, and you may even be given the title of a satyr.

Lin Xiaoyu said: "Su Shi, can you come to our dormitory at night?"

Su Shi thought for a moment, "Can you just pass?"

Lin Xiaoxuan said: "Yes, I don't even check my dormitory now, so you don't have anything to wear."

Su Shi was happy when she heard it.

Lin came together one day: "I have to go!"

Lin Xiaoyu said: "No, I am too strong in the forest, unless you can pretend to wear a skirt."

Lin was deeply hit by the day.

However, this topic has also been terminated. Lin Xiaoyu’s purpose is not this, but another.She also said the clues she had heard: "The girl who jumped off the building was called Su Ya, and the other one was Jiang Hui."

Su Shi put the photo aside.

The girl on the left is jumping off the building. He used to see it in the stairs of the office building. On the right is the girl dormitory.

Lin Xiaoyu gave the things on his mobile phone to the past. "What others told me is that Jiang Hui himself hanged in the dormitory. It was discovered by the aunt in the evening."

It’s really shocking to hang it under the electric fan.

It was already a holiday time, so everyone didn't know who was there. Until the auntie went to check if each dormitory was locked, I found that the dormitory door was open. After entering, I saw Jiang Hui's body.

The school was directly pressed down.

"She died on the birthday of Teacher Chen?" Su Shi looked up and recorded the record. "No, it was the day before."

Jiang Hui died on the day before Teacher Chen’s birthday, and the greeting card was not sent out.

Suya should have died on the birthday of Teacher Chen. I don’t know if I jumped from the building or forced to jump.

At the same time, there was a fire in the office on the birthday day.

Lin Xiaoxuan said: "I am also surprised that this is why I hanged the day before. The public statement is suicide, unless something happens."

Suicide should be true.

Lin suddenly said: "Hangke? I asked the person who said that Chen’s hanging rate is very high. Is it because the hanging department is too much stimulated?"

She has been hanging up so many times and has not thought about committing suicide... but maybe, maybe the other person’s personality belongs to that kind of thing.

After all, the school is a well-known school, and it is too bad to graduate.

There are water drops on the birthday card, he thinks it may be tears.

Then he was placed in the middle of the bedboard and was only discovered until now. If it is not related to Teacher Chen, she should send it out.

Lin Xiaoyu wondered: "Mr. Chen may threaten her with a hanging department?"

Su Shi shook his head. "We have no way of knowing about it for a while. After all, we can't see the specific scene at that time."

Maybe only after he returns from the cinema, he can see the real answer by watching the movie again in the ordinary way.

Su Shi said: "I am going to the office building tonight."

Today's tip is the office building, and the previous thing happened on the seventh floor. There are still two days, maybe you can know everything tonight.

Lin quickly said: "You can't do it alone. Let's take care of it together."

Su Shi seriously thought about this proposal. "If you can't sleep at night, you can also be together."

Lin said one day: "Then I certainly can't sleep."

So the itinerary is set.

There is still a class this afternoon.

There have been several police suicide cases in the school, and people feel that there may be other things.

No one dared to sit around Lin’s seat except Su Shi and Lin.

There are even girls who are shouting around her.Lin Xiaoyu is very optimistic. She only has one idea. If she doesn't die, she will do it. As for others, it is not the point.

Then he opened the book and saw a female ghost with a cloak lying in the middle of the book. Her face was bloody and fuzzy, and the facial features became a hole. Especially the two blood holes in the eyes were unfathomable.

The female ghost screamed again and again, begging for help: "Little brothers don't want this, I just want to see you..."

When Su Shi opened again, the female ghost inside had disappeared.

He turned around and looked around. Nothing else was discovered. Lin was still watching socialist videos on the side.

Since entering the horror film, the ghosts have become scary.

Su Shi thought, it really is a bad film.

After 8 o'clock in the evening, Su Shi and Lin wearing a skirt wearing a wig will be mixed into the girls' dormitory.

Their parents have been here before, but these things will not be cleared until the police and the school have notified.

So Lin Day and Su Shi either do not sleep tonight or sleep in their bed.

Su Shi has no idea about this.

Lin Xiaolan turned a lot of concerns and gave up his bed. "I am new to clean up today, don't give up."

Su Shi didn't have a good disappointment. Anyway, the girl's bed is cleaner than anyone else.

Lin sat in a chair one day and asked: "When are we going to the office building tonight? Do you want to go out and buy some characters?"

Su Shi casually said: "Of course it is late at night."

Lin Xiaoyan suddenly interrupted: "They are all so past. I may be like them tonight."

Then maybe I will die there, not even knowing what to die.

She remembered that Chen Ke’s death method last night numbs the scalp, whether it is dying or hanging, she is suicidal in the eyes of outsiders, she does not want it.

He took the lead to climb the bed and put on the headphones. This time, he was ready to download several videos and listen to it all night.

Lin Xiaoyu did not say more.

Seeing that both of them went up, Su Shi could only go up. As for the lights, he was shut down by him.

Just lying in the bed, a cold hand was stuffed into Susie's hand.

Followed by, the sound of Jing Xian sounded: "I am cold."

Su Shi didn't want to take care of him, but he gave him a little bit of position. Although the quilt was air, there was a ghost in that place.

One person and one ghost have nothing to say.

Su Shi coughed and asked, "You have been here for so long, know what happened in this school?"

Jing Xian said: "Do you want an answer?"

Su Shi grinds a bit, and may say it himself, the other party will say "what do you want to exchange".

So he shut up.

Perhaps it was not how to sleep for a few days in a row, Su Shi actually fell asleep after ten minutes.

It’s already eleven o'clock when he wakes up.

In the darkness of the dormitory, Su Shi opened the phone and looked at it. He found the dormitory door open, facing the black lacquered corridor, and the wind was bursting.

Just then, he felt that something was wrong and looked at the center of the dormitory.Lin Xiaoyan stood there, staring at him blankly.

Su Shi rushed behind the chill.

Seeing that he turned his head, she pulled out a strange smile and then quickly ran out of the dormitory.

The author has something to say: Lin Day: I am listening to socialist videos, and some people and ghosts have begun to be quilted...

I just caught up with it and loved it yesterday. I announced that I have stopped for more than two weeks today. I think about the month of the month because the death of the King of Thailand stopped for a month...

What is my unlucky constitution?

Red envelopes will be sent~

Read “ To Be a Heartthrob in a Horror Movie ”

Stay informed of NEWEST chapters of To Be a Heartthrob in a Horror Movie with notification directly sent to your email.