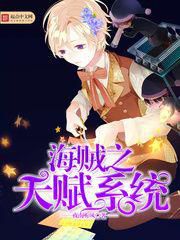 The place distance seacoast of shipbuilding is not far.

Finishes in the ship thoroughly, after Ross and Robin have also looked, old Fizes then directs many boatmen, holds on the thick long cordelle separately, prepares to draw the seacoast the ship.

Ross looks that they entrain there furiously shook the head, arrive at the position of stern, according to the stern, proceeds to push single-handed.

A troop boatman went all out to entrain, the ship that can bit by bit proceed to transfer, was promoted by Ross single-handed, slides on the sand forward.

Numerous boatmen and porters who in front entrains realized that has not suited, turns head to look discovered the entire ship is proceeding unceasing transferring, cannot help but cries out strangely is shunting toward the both sides.

When numerous boatmen and porters noticed that Ross is supporting the stern single-handed, drives the entire ship proceeds to move the time, Boss who cannot help but the eye stares.

„A person ship promoting, this is any strength, the Giants is also mediocre!”

A short time ago had naval battle near north bank, their these boatmen and porters, although knows, but actually did not know the concrete details, has thought was one group of pirates and Marine exchanges fire, finally Marine killing.

Ross pushes fast, a moment later, his both hands that the ship is moving according to the stern, push furiously, the entire ship then fiercely forward runs out, cuts open the ocean waves, has crashed in the sea water.

After the ship enters the sea, old Fizes boards the ship once more, arrived at the ship's bottom to inspect, after not discovering any issue, returned to the shore.

The porter and odd job on Ross of ship shore, is transporting various types of cargos hurriedly, majority is food fresh water, there is the junks on beforehand hooker.

Arrived noon, all have handled finally.

Old Fizes stands in the harbor wharf, to haunching the ship's sail, waved in Ghost Shadow Ship that under promotion of wind power is far away from gradually.

In the pupil of his pollution flashes through clear, if as expected, this should be his last ship of construction sails to the sea.

Ross is looking at shore old Fizes slightly Issho, after looking gradually changed the small harbor wharf, has turned around, looks at the vision to the distant place boundless sea level.

„In the world the speed quickest sailing ship is going on stage in light of this, World Government also has Marine, regards the fellows of unimportant person me can destroy completely conveniently, does not know that you prepared not......”

After the half a month.

Nico Robin arrived at the cliff edge, looks below not far away was stopping Ghost Shadow Ship, jumps to leap, the innumerable arms spread to depart from her arm, combine a small wing, fans along with the whereabouts.

After removing impulse that tenesmuss, Robin dexterous falling to deck.

Ross is sitting one set of furniture that places before the deck, looks Robin dexterous falls, by the chairback, the thigh muscle that collapses also once more relaxes.

„Thanks to your, this luck is very good, two information had the whereabouts completely.” Robin walked, on the face shows a smile.

Robin with a smile looks to him, said: „Rewards?”

„Next time will approach shore, gives you to compensate the bookshelf of study room.”

Ross hit a sound to refer.

The Ross vision dodges slightly, said: „ Can rout the West Blue branch base,

This double sword pirate group strength is actually good. ” Present West Blue, hung the bounty 30 Million above pirate already not that many, because by Ross killing many, above 20 Million also similarly was cut to kill one by Ross in large numbers, the pirate influence entered the winter.

But in this time, double sword pirate group actually defeats the Marine fleet, this has inspired and roused the West Blue evil forces without doubt once more.

„No, not only strength issue.”

Look that on the Ross face reveals having a relish.

Here, Robin serious and earnest looked to Ross, said: „We must change the goal, not with the double sword pirate group front impact?”

„No, still as scheduled carried on.”

Ross chuckle, said: „Because if defeated troops on Grand Line must change the goal, how that also does go to Grand Line?”

Robin knows oneself are mostly impossible to change the decision of Ross, has not shown the expression of any accident/surprise, instead is slightly Issho, said:

„Then is the second information, about Demon Sheriff Laffitte, he once was a security officer, because abused the violence, afterward was deported by the country......”

„What coincidence is, this once sheriff mister, with double sword pirate group at present position, in same sea area.”

Ross has stood, takes out the sea map tranquil opens the mouth saying: „Completes two goals to be good one time, which sea area are they at?”

Ross nodded, after on sea map looked, puts out the compass to judge the position, said: „Distance is actually not far, at the Ghost Shadow Ship speed, if the full speed advance, within five days can arrive.”

Stay informed of NEWEST chapters of One Piece's Talent System with notification directly sent to your email.