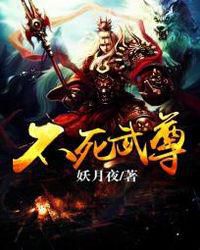 &\; nb at this time, the people of many large clan fall, in the person sovereign top on this huge incomparable broad field.

&\; nb does not have day of Young Master and Swallowing the Heavens Young Master presents the best quality king bodyguard.

&\; nb does not have the day of Young Master white clothing to be floating, the temple sends Feiyang (flies upwards), appears the abundant god like the jade, making the person be infatuated with, even though in the middle of these powerhouse he is also such attention.

&\; nb at this moment, does not have day of Young Master also to stare at the front.

&\; nb top front void in the person sovereign, has Divine Stage to be hanging.

&\; nb „, so long as touches this Divine Stage, can communicate the person heaven boundary.” Does not have day of Young Master to smile lightly.

&\; nb „.” Does not have day of Young Master to smile, in this smiling face, as if has several points of immeasurably deep, is similar to regarding the Swallowing the Heavens Young Master so-called Grand Dao chance, does not spare a glance, but, he had not said that but is staring at front Divine Stage, silently here is waiting.

&\; nb sees only him to take out Divine Seal.

even though &\; nb this powerhouse dissipated in the middle of long river of history, Divine Seal that leaves behind overawes eight sides as before.

because &\; nb this integrated Divine Seal of potential surface will.

&\; nb immediately, on Divine Stage Dao Mark wriggles, as if has formation mark to be activated.

&\; nb treats soars to the heavens rays of light to appear, vast Dao Mark also gushes out from that Divine Stage along with it.

&\; nb then, the people then see, above the vault of heaven, suddenly flood ripples, has the dim light runes twinkle.

&\; nb then, in the middle of that vault of heaven, as if has gateway together to open.

in the middle of &\; nb that dim gateway, whether there is to perform dao prestige to shake.

&\; nb „can person heaven boundary open?” After this dao prestige shakes, Spiritual God that the person the sovereign top all gains ground, in the middle of that pupil has filled fiery rays of light.

&\; nb „so dao prestige, eternal truth complete Grand Dao, if can enter the person heaven boundary, must be able to sense, even touches god King Jing.”

&\; nb at this moment, they felt that own blood in boiling, in the middle of the double pupil completely is rays of light that hopes eternally endless.

in the &\; nb vault of heaven, in the middle of the light beam, has the Dao Mark twinkle unceasingly, these Dao Mark interweave, changes into sections of stairway, from Divine Stage, but on has connected that light gate.

&\; nb „stairway became!” When this sound resounds, these Spiritual God are ready to make trouble.

&\; nb, sees these top level people not to leave outstandingly, they are also waiting and seeing.

&\; nb „person heaven boundary, has the potential surface will to suppose the rule, during since the antiquity end, after having trod the boundary of being enthralled king, cannot visit, if steps into stairway rashly, potential surface will take action, at the appointed time, even though is the god king also disappears the body perishing [say / way], therefore, god King Kemo must from harming.” Jiang Yuanxu opens the mouth once more.

&\; nb „Hehe, Brother Xiao, does not have day of Young Master, please!” At this time, ginger northern heavens pupil light moves, said toward Xiao Yun as well as not far away non- day Young Master.

&\; nb „Hehe, such being the case, I am then impolite.” Does not have the day of Young Master clear and resonant voice to smile, at once said that „Swallowing the Heavens, we leave.”

&\; nb afterward, he then directly turns toward front Divine Stage to stroll to go.

&\; nb „did not have day of Young Master to move.” At this time, the Spiritual God pupil dew that the person the sovereign top is fiery, „by his natural talent, should be able to step into the person heaven boundary easily!”

the [say / way] gate of &\; nb person heaven boundary opens, actually does not mean that during everyone can step into.

during &\; nb only has the extraordinary natural talent talent to enter.

&\; nb as for these ordinary Spiritual God, or is ordinary person (mortal), directly by the dao prestige crush, light severe wound, heavy die.

&\; nb such matter in antiquity times, presented many number of times.

&\; nb does not have day of Young Master to step into Divine Stage, was covered by Dao Mark completely.

the strength of &\; nb potential surface will tilts under.

&\; nb „potential surface will!” Does not have day of Young Master to smile lightly, then took a step, stepped stairway.

when &\; nb his sole touches stairway, the entire world trembles, Dao Mark shakes, with terror god's prestige, attacks to him.

if &\; nb looks from afar that can discover these Dao Mark turn toward just like Thunder Dragon generally does not have day of Young Master to wreak havoc to go.

&\; nb is only, does not have day of Young Master is a face is indifferent, whatever he these Dao Mark wreaks havoc to come, that step is actually solid visit on stairway.

&\; nb then, the people are noticed that these Dao Mark invade his within the body.

but &\; nb, does not have day of Young Master such as a bystander to be the same, the stride takes a step directly.

&\; nb saw only does not have day of Young Master such as a bystander to be the same, who mounts that broad stairway hero alliance with fighting.

&\; nb, he resembled to integrate stairway gradually, integrated in that Dao Mark, the people have not been able to see his personal appearance.

&\; nb then, Swallowing the Heavens Young Master also takes a step to go.

&\; nb same, he is also such as strolls, these Grand Dao divine runes absolutely do not have an injury to him.

&\; nb is obvious, the sensibility of this two people to Grand Dao has surmounted many Spiritual God.

&\; nb is only he appears slightly the slowness, steps the first stair.

after &\; nb may slightly, the week is similar to also very smooth ascending to heaven step by step.

when &\; nb falls on Divine Stage, Xiao Yun felt that own such as is contacting with Grand Dao, that dao prestige is too vast, was too pure.

a &\; nb potential surface will tilts, with strength of the rule.

&\; nb he felt that own as if entered in Grand Dao.

&\; nb that feeling is very subtle.

&\; nb at this time, Swallowing the Heavens Supreme wants to sense Grand Dao, unceasingly progresses, has not continued to hide in Xiao Yun within the body.

&\; nb that Swallowing the Heavens Divine Tower, was fused by him.

because &\; nb this time , if also evasive, did not have the significance.

&\; nb is only, the prestige of vast Grand Dao has not wreaked havoc.

the person in &\; nb distant place can the clear feeling say that Dao Mark is gentle, integrated Xiao Yun within the body.

&\; nb that feeling, Grand Dao like the water, with former Dao Mark crazy Tyrant Rulong, had the difference of heaven and earth simply simply.

&\; nb then, Xiao Yun almost does not have a hindrance has stepped into on stairway.

&\; nb „that Dao Mark so will be how gentle, was stairway has problems?” Sees this, Spiritual God of various clans stayed in completely same place.

&\; nb is relying on formidable god knowledge, they can the clear induction to the aura change of that Dao Mark.( To be continued.)

Stay informed of NEWEST chapters of Eternal Martial Sovereign with notification directly sent to your email.