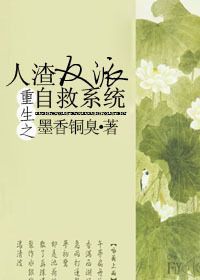 Chen Qingqiu said with a smile: ".. However, they do not care too much if you can not be strong, I'll be by your side to protect you ah."

Los ice really want to become a monstrous big BOSS in the future that people realms of fairy magic aspect, he might as well have been such a delicate and charming small white flowers, Chen Qingqiu do not mind close at hand to take care of his life.

His idea is so simple, others fell on the ears may not the case. Los ice has completely dumbfounded.

No one has ever, he promised to be so straightforward and earnest commitment.

The world is great, there are a few people can say, you do not have to become strong ah, there I was, naturally will not let you bullied it wants?

And not talk. Chen Qingqiu say do it, just do it. He has proved it several times, he would rather hit, is not willing to Los shred of ice damage.

Chen Qingqiu cough for a while, painful to find in a dream not cough bleeding, screw screwed his arm:. "Well to help me up."

Los ice on the wrist that is screwed over the place pointless, suddenly a ray of climb numbness exciting moment, immediately noticed the moment the state of mind, his heart a few curse, all this time like some others did not It is really disrespectful to Master. Busy rectify mind, Yi Yan and the line.

Suddenly, a voice sounded abruptly. That hoarse voice, "Hey," a cry, Qi said: "Boy actually be able to break through the enchantment of the old lady, is not simple."

It sounds as if coming from the valley, comes response. And lingering in the two around, the debate is not sent out from which direction. Chen Qingqiu elated: BOSS finally appeared this off it! That guest star finished, he could leave it! Get out quickly fast protagonist took the BOSS!

Los ice leaning Chen Qingqiu did not get up, alert eyes flashed. When Chen Qingqiu nightmare of injuries occur, the situation can be said to be a big disadvantage. He made up his mind, if the nightmare to kill, even modest strength, but also efforts to pin down the other, fight for a chance to fight for the Master.

He determined at this moment, however, the voice spoke again:. "You come over and let the wife see how the young hero, have this ability."

Los glacier watching Shen Qingqiu. Teachers have not spoken, the disciples should not decision without authorization. Chen Qingqiu good mood, there are thought to tease him: "They ask that you, the young hero, answer a message?"

Los Ice blushed, turned and broke: ".. Get rid of the older enchantment, all rely on the force of my Master's young hero never dare."

Chen Qingqiu know why he wants to sing. Here is the Los ice dream, can only rely on his own strength.Although he for Los ice blocked a note attack, they can finally rely on fast ice Luo Qingming sanity to break enchantment.

But Chen Qingqiu even bother to explain, and he followed the development of what will be learned by heart, he asked: "? But you nightmares predecessors"

The voice said: "Naturally, I kid you let up, do not want the sky mountain camp who also came to repair, let him take a nap now."

Sure enough, the case when the original and rather infants and infants in exactly the same, except for the ice Luo people, will be nightmare to play back.

Chen Qingqiu burst of headache, and fell down.

Los Ice shocked, and busy hold on to him, call out: "? Master"

Dream Magic: "Do not worry about the old lady just send him into a dream within a dream, sleep more you sink it, come here..!" This time, it touches can hear the sound is coming from the west in a dark cave of.

Los Ice revive Chen Qingqiu, he gently flat on the ground, turned to the sounds of the road: "I heard your predecessors Master said, I naturally also to be polite to you, you also do not want to embarrass Master. "

Nightmare Hey smiles: "Boy, I read your memory, you are the master of you is not too good, why do not I just put him to get rid of me, but to help you ah?."

Mostly he looked past the original goods and Luo Shen Qingqiu glaciers along memory. Those memories indeed the majority wants ......

Los Ice shook his head: "Master what you think the older generation is not how to say, Master is Master, to me how he can, but do not disrespect his disciples.."

If this time Chen Qingqiu still hear his roar necessary in mind: Morocco, blackening the future you hope they also remember what I said ah!

Nightmare hum: "pedantic human community the right way, is such a hypocritical morality does not control his division division, respect do not respect other people bully me whenever harm me, he knows you got to the repair is insufficient to meet!.! hammer days, still send you to play, is the motive, you do not understand? "

Los Ice faint authentic: "At that time, even I do not believe they can win the Master but believe me, not only giving me the opportunity, also a test of his way to encourage my last, I really won..."

There are a word, he just said to myself silently: Master to save me, for I blocked two attacks. He treated me, it is really good.

Nightmare also saw some random fragments, do not understand the Shen Qingqiu man, I do not want to dwell too much on this issue. But the attitude of Los ice is great satisfaction: "Boy you touches Emotion Shigeyoshi person.."

Los Ice said: "Master inferior to me just in case."

If you have nightmares mouth, it would have twitched. He decided to change the subject.

After thinking a moment, the dream Magic: "Naturally, I feel your body, there is a very great thing, although I do not know what it was.."

Los Ice slightly surprised: "There is even something that you can not see??"

Nightmare Hey said: "I have family who can afford men, there are more outstanding than the old lady who seal what in your body, is not impossible."

Nightmare unlikely centuries old head do not, that he came to deceive teenagers. He disbelief: "The older mean,My body and stuff ...... inferno relevant? "

Nightmare should laugh and said: "? How is not happy and anxious to distance themselves from the inferno it??"

Los ice shock did not last too long. His thoughts turning very fast, silent for a moment, tough authentic: "Devil kinds of evil, Master repeatedly hurt me, I naturally never been associated with them."

Nightmare depressed and said: "Boy, do not you dare leave you three guess that Master old lady, you have to ask the next one, I question the older generation, is there a way to remove it from me yet??"

Los Ice smile: "Even if I ask, the older generation will tell me?"

Nightmare laughed: "This is not the old lady did not want to tell you too can do nothing but the old lady could not see even look real, but also to talk about either you remove this kid unpredictable, as early as the two of you also.? together killed, how interest involved on this for a long time. when you are idle old lady do? "

Los glaciers do not speak.

He wanted that the entity you are gone, just a mass of parasites in others only dream of the ghost. You who do not idle idle?

Although he is naturally good-natured, but since this is the truth ......

Nightmare did not know he Fufei myself in my heart, and said:. "I can do nothing to get rid of, however, is not no way to suppress"

His heart sank, cold voice: "You want me to repair magic?"

"Repair magic, what is wrong? If you can repair magic, you've got that one thing, you will have significant benefits for the repair. Leaps and bounds, on the overriding million people, not just words, in time, even fairy magic are supreme cinch! "

Hear the last sentence, Los Ice hearts of a move.

On leaps and bounds, people, fairy magic supreme. ...... that should be the strongest there is, right?

Soon, he immediately rejected the idea.

Master demons hate the most is the way, this nightmare if they could not help the temptation of evil ways, how to face the Master?

Whether Chen Qingqiu is heartbroken, or Thunder furious, we are by no means they want to see.

Nightmare sneered:.. "If you refuse to follow me, afraid I can not suppress your body now hidden deep magic gas, can not tell just fine, old lady can feel it, your body is changing and weak seal it is one day break the seal out that the evil you to better master slayer guardians of their responsibility, how would you? "

Mention the most reluctant of Los ice things, his face Shen Shen, said: "? Nightmare predecessors, the next just ordinary little every repair, you have to compel why I can not repair magic"

This question too has the level. In addition to the author, who also do not know, exactly why all of the Warren Supreme protagonist are always clamoring to make their apprentice / successor / son.

No, in fact, probably even most of the authors may not know the answer to this mystery through the ages.

"Boy, they must Bushitaiju! Naturally, I am watching you who are charged with odd-shaped, I do not want a secret with flesh vanished,How many people ask, seek not come! "

Los glacier face expressionless. Nightmare see he did not take it, suddenly took an ominous foreboding.

Sure enough, then ice Los opening time with a touch means unknown smile.

He spoke: "The older so eager to teach me, I am afraid not only did not want his secrets successors, right?"