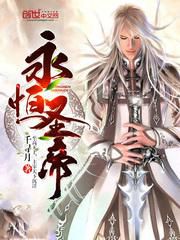 The head has a long horn, four abdomen, and a dragon scale that is icy and cold. It is only one foot long, but the body is distinctly strong and strong.

At this moment, I sneaked into the palace of Ye Chen’s retreat. I wore a black cloth on my head, wrapped my head, carrying a parcel, and there was no majesty in the dragon. On the contrary, it seemed quite wretched. Be careful, like a thief.

This dragon is too strange.

Ye Chen is a bit stunned, but I don’t know why, I always feel familiar. This kind of gesture seems familiar.

After seeing Ye Chen, the dragon didn’t panic any more. Instead, he swayed and walked over the two lower limbs. The dark golden dragon looked disdainfully and glanced at him. “Kid, look what, see you.” It’s such a handsome and handsome dragon to the uncle Ben Long, who is really a child from the country. It’s rare to see you and despise you.”

The thief saw Ye Chen’s smile, and somehow, there was a feeling of deja vu.

That feeling is like the person of the year.

It’s just a slap in the face. It’s just an illusion. The whole dragon flies up in the air, looking down at Ye Chen, with his two claws on his hips. He’s cold and proud: “You know who the uncle is, but The greatest ancestral dragon between heaven and earth, seeing that Uncle Ben is not hurrying down, maybe after Uncle Ben is happy, he will give you some advice and let you cultivate base advanced by leaps and bounds.”

This thief, not seen for many years, is still like this. Ye Chen shook his head and smiled.

Ye Chen suddenly rose to the sky, the speed is reaching the limit, directly in front of the thief dragon, waving the golden hand directly cut a little, the sparks splashed, creaked, void teared open.

This slap is that the sacred soldiers can definitely shoot a deep slap in the palm, but the thief dragon actually only rolled a few laps in the air, it seems a little embarrassed, but did not suffer much physical damage.

This point, even if Ye Chen is amazed, it is worthy of the legendary True Dragon, except for some differences, it is no different from the pure blood True Dragon, the same strong and strong, bloodline is strong.

The thief was angry, and the young man not only did not respect his grandfather, but he also shot it now, which really made him angry.

“Boy, you made Grandmaster Ben Long angry, and now Grandpa Dragon lets you understand how powerful the real dragon is.”

It has a long dragonfly, the dragon phase collapses, wearing a golden dragon scale, Longwei majestic, rumbling and long-sounding, the entire suspended Shendao is difficult to withstand Longwei, is about to collapse.

However, Ye Chen’s footsteps, the world portal with the body immediately emerged with the power of the majestic world, and fixed the entire island of God, not to collapse.

And he took the initiative to attack, the golden body was immortal, directly attacked, and once again shot the golden palm.

True Dragon had suffered a loss before, and now how can he continue to go on, and immediately screamed, but also a dragon claw shot.

The entire void has been shattered, and the palace will be broken if it is not the stability of the world.

Ye Chen is not retreating, watching the thief dragon have to sigh, it is rumored that the rumor is True Dragon’s heterogeneous, with the body 淌 has the purest dragon blood, can be turned into a real dragon at any time, this is not a false statement, and It is true.

Appropriate and the thief dragon directly hit a blow, as strong as the battle of Saint Physique, such an immortal golden body can not be close, and the golden palm of the hand is slightly numb, have to lament the thief dragon’s dragon body .

But all the thieves and dragons just flew a few feet back, nothing more.

The thief’s dragon and the dark golden dragon’s dragon eye, looked at Ye Chen shockedly, because its dragon claws were actually smashing, and even the golden golden dragon blood appeared.

The greatest True Dragon in the world, for the highest level of life, is born to be strong, can not be called the strongest column can not be overemphasized.

But today’s fight is a wound, this is simply impossible. In the past, it was only the one who faced the killing of a knife. This is where the kid is coming out. A mess can be compared with the previous guy.

Ye Chen smiled. He understood that there was a thief in front of him. It was guessed, and immediately laughed heartily: “Old ****, have you forgotten me?”

As he spoke, he rushed forward, and a golden hand cut his hand, creaking, sparking and splashing, throwing out the whole body of the thief, and rolling in the void.

“I rely, really hurt!” The thief screamed, and immediately looked forward to Ye Chen, could not help but horrified: “I #¥%…… Are you really the one who kills thousands of knives?”

Ye Chen directly attacked, and the whole person turned into a golden light. Before rushing to the front, he shot 18 slaps in succession. Each slap was flashing with golden light, constantly cutting on the thief dragon. The sound is ringing and the sparks are constantly splashing.

The thief is a big cockroach, and the dragon scales are erected one by one. The dragon force is running, and it is counterattacking.

But Ye Chen within the body also has a dragon force derived from terrifying, which is terrifying in combination with the fight against Saint Physique.

Just in the blink of an eye, it was pressured by Ye Chen. Golden’s palm is like a monument in the crackdown. If it is a tens of thousands of people, it will not be able to break free from the thief’s struggle.

“Enough, kill the kid with a thousand knives, hurry and stop, Uncle Ben is killed by you.”

The thief had almost no power to fight back, and he slammed into a glass of golden lightning.

“I rely, really hurt, you kid will not be lighter?” The thief screamed, and then looked at Ye Chen with a big eye: “The damn thousand months of killing a thousand knives, you really are not dead.”

“Don’t believe it? Do you want another one.”

Ye Chen smiled. Kim raised his palm in front of him. When the thief saw his move, he left with a flash of lightning. He didn’t dare to lean forward. Before that, it was a lesson of endless pain. Head.

“long time no see, the corpse corpse, you old ****.” Ye Chen gently opened his mouth with a sigh of relief, and the old man, no, is the dragon greeted.

“Roll!” The thief cocked the middle finger in the dragon’s claw and seriously defied Ye Chen.

Stay informed of NEWEST chapters of Eternal Holy Emperor with notification directly sent to your email.