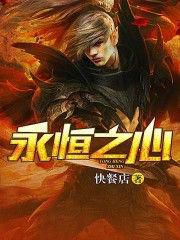 In city an ebullition.

The Qi Country high level also all looks to space, in the eye completely is the astonished color.

But this move, Chen Yu not only broke the Sword Dao attack of Chai Elder, launches the attack on own initiative.

In the agreement, Chen Yu only needs the anti- next three moves then to calculate the victory, does not need to attack completely on own initiative, too take risked.

But what is accidental, the Chen Yu speed is extremely fast, the Erupting strength is also strong, has repelled two steps Chai Elder unexpectedly.

This, making one shock.

„Chai Elder surely is careless, was taken advantage of loopholes by this boy, otherwise impossible to be repelled by him.”

Stands in Chai Elder that school of Elder, for its argument.

But the people can look, was the Chen Yu instantaneous Erupting speed was too a moment ago quick, hits Chai Elder to be caught off guard.

The speed is fast, is part of strength.

„Although Chai Elder has only used 30% strength, but Chen Yu can repel it, its strength only feared also close Returning Origin Boundary.”

Before Returning Origin Boundary and Qi Transformation Boundary, has a huge gap.

Can in Qi Transformation Boundary, have to compare the Returning Origin Boundary strength, ten points of rarity.

Chen Yu is extremely young, and has to jump the ranks the ability of fight, this grade of Genius, so long as does not fall from the sky, the future achievement, will really be hard to imagine.

As the Chen Yu enemy, Chai Elder to ignore Chen Yu will definitely not grow.

If this last move, Chai Elder does cut to kill Chen Yu not at any cost?

„Boy, you left was too extremely arrogant, in front of the old man was fears the severe wound you, therefore fully, this last move, the old man whole-heartedly, you did not have any odds of success.”

Actually, he had determined that Chen Yu Powerful, has exceeded own imagination.

At this moment, the Essence Energy god perfect integration of Chai Elder, is at the Peak condition.

All sword waves, accumulate in together, indistinctly becomes the lotus flower shape.

Duanmu Elder calls out in alarm one immediately.

Can be listed as taboo Killing Move, generally is might very Powerful, and will cause the harm to oneself, naturally also has individual special existence.

„But, Chai Elder has not violated the agreement, although he use taboo Killing Move, what probably as before use is 30% strength.”

Chai Elder this move, Powerful is incomparable, the possibility that Chen Yu can keep off is not big.

Actually, Chai Elder this move has used 40% many power, moreover taboo Killing Move, even if Returning Origin Boundary Initial Stage, may not shoulder.

But observing only felt that Chai Elder has used 30% at this moment absolutely incessantly, are many many, is not clear, did not say.

Moreover, they are indefinite, should help Chen Yu. After all Chen Yu is only the potential is big, now is also not Returning Origin Boundary.

When the people intertwined and worry.

„He He, this move of also image point appearance.”

Chen Yu does not fear counter- #.

„Courts death, delivers unexpectedly on own initiative, my Jin Lian jian kills, will cut the innumerable flesh lumps you.”

Other outside people, in great surprise, thought in abundance Chen Yu was silly.

Facing the Sword Dao attack of Chai Elder so Powerful, Chen Yu unexpectedly does not draw back instead enters, does not defend to counter-attack.

This last move of confrontation, Chen Yu Heart is at the Erupting condition.

That Golden sword lotus, with one group of Demon Scales photospheres, collides together.

However, these two have actually refused to compromise 12 breaths, does not have very obvious victory and defeat.

Shocking in Chai Elder heart, is hard to be accommodating.

According to the situation that he observes, Chen Yu has very big possibility to keep off this move.

The regulations, facing this strike, Chen Yu is a little also strenuous.

Although Chai Elder has only used 40% many power, but this good and evil is taboo Killing Move, but Chai Elder Cultivation also achieves Returning Origin Boundary Initial Stage Peak.

A sword brandishes, the Golden sword lotus that Chen Yu Demon Scales Protecting Body and that bloom, was all torn to pieces.

„This is, half Spirit Artifact!”

This sword flies to shoot, when attacks to the Chai Elder front, explodes loudly.

Chai Elder feels a crisis, the mind with amazement.

He just prepared to use 30% power defense, discovery own True Origin guard shield, rapidly was actually embezzled by the attack of Chen Yu.

The Chai Elder personal appearance revealed that his clothes damaged, the front presents a big hole, body surface Blood and Flesh was fuzzy.

All people stare the big eye, incredible looks at the sky.

Under Chen Yu not only keeping off a Chai Elder taboo sword, launches the attack, its wound.

This simulation to the war, has gone beyond the expectation of Chai Elder.

But finally, he unexpectedly also by the Chen Yu counter- wound.

This is his life most humiliation one!

Shamed the anger to become confused his instantaneously, he was red the double pupil, held up the Golden treasured sword, fierce dividing chopped.

After Chai Elder lost, has not called a halt unexpectedly, but also under killer to Chen Yu!

However, Chai Elder this sword, Fast is incomparable, she stops without enough time.

In this time, in the eye pupil of Approaching Sword Sect Old Ancestor, blooms astonishing Sword Intent, made all around high-level mind one startled, shook in abundance draws back.

That blue Sword Finger, the speed is extremely fast, rushes to the clouds instantaneously, penetrates that Golden sword rosy cloud, leaves behind a hole above.

He is not worried about the attack of Chai Elder, but Approaching Sword Sect Old Ancestor that optional finger, the speed is extremely fast, is disillusioned the Chai Elder sword to incur with ease, making Chen Yu have one to dread.

That sound is deafening, is similar to the heavenly thunder, tumbles in the sky unceasingly, forms a piece of enormous and powerful pressure.

So fearful, the sound of anger, as if Tianwei, made the fear respect of person instinct together!

But the Approaching Sword Sect Old Ancestor this sound, aims at Chai Elder together.

Chai Elder mind crack, the next quarter, he is terrified, falls gently to Old Ancestor in front.

Chai Elder is helpless, the intense enunciation is unclear.

Meanwhile, his facial color is pale, Aura is somewhat feeble.

After this uses the taboo sword has incurred the side effect.

„A moment ago, you had violated the stipulation, you used about 70% power bang to disperse Chen Yu that to strike!”

The Approaching Sword Sect Old Ancestor facial features are desolate, does not get angry from the prestige.

If a moment ago, Chai Elder did not use stronger power, will be injured incessantly that Simple, had possibility heavy injury.

This point, presents all people obvious to all, Chai Elder is unable to quibble.

„Among you matter, did not need to continue to argue!”

The meaning is very obvious, this matter, will frame Ye Luofeng and Chen Yu to end by Chai Elder!

Old Ancestor spoke personally, this matter in light of this conclusion.

„This matter you have made the mistake, quickly apologized the apology to Ye Luofeng and Chen Yu!”

Approaching Sword Sect Old Ancestor makes noise once more, during the words is having the dignified angry look, does not allow to refute.