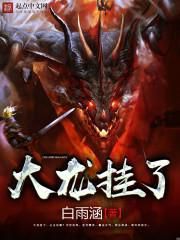 Laird Truth is forgiven at the cost that he will serve the flame kingdom for life and will contribute all his knowledge and information he has mastered.

The founding time of the Guishuang Empire has been unreliable. It is said that it was a kingdom that originated two thousand years ago. After combining the three surrounding kingdoms through marriage and other means, it formed the federal empire of Guishuang. In the next two thousand years, the royal kingdoms of the four kingdoms merged with each other, leaving only one royal family.

There are some differences between the royal family of the empire and the kingdom and the duchy.

Each generation of the Great Emperor receives the best resources to cultivate, and the length of his life is very long. He often adopts the method of inheritance from generation to generation and passes on to his grandson.

In the event of a grandson’s death, the son can stand up and continue to train new grandchildren.

This generation of emperors directly inherited the position of the great emperor from their grandfathers, and already has a grandson, the blood of the royal family will not be interrupted. Jupiter the Great himself is the Dark Dragon Knight, his son is also Dragon Knight, and his grandson is also cultivating Jackie Chan.

“Is there a lot of emerald fruit and precious cream royals?”

“I don’t know, even these secrets can’t be snooped, right. I have a doubt that I always want to unravel. You can ride so many dragons alone, is it also holding the emerald fruit?” Laird The eyes of the truth are staring at Liszt.

For the legendary Jade Dragon, he is curious about all the relevant information.

Liszt asked inexplicably: “Why do you ask?”

“When Jupitt made a deal with me and asked to assassinate you, I told you that a knight had no external help and could not ride a second dragon. The three empires have mastered the emerald fruit. With the help of emerald fruit, Ssangyong Knight was born.”

This is an important message. Obviously, the Jade Dragon is indeed divided into corpses and throws the entire legendary continent, and even the Mafa continent.

The family with the body of the Jade Dragon is obviously able to become a long-lasting family of dragons. Without a shortage of enough dragons to make up, it can grow into an empire. For example, the flame family founded by Liszt, after several hundred years of normal development, has a proper model of the rise of the empire.

“I don’t know what to say.” Liszt was alert in his heart, but his face was disdainful.

Laird shook his head: “I don’t know about the secret forces of the Guishuang Empire, but I am very familiar with Judith the Great. Once he wants to get something, he will pay for it at a big price… The invisible dragon is in your hands, He won’t give up and will only continue to look for opportunities to steal.”

“Then let him come, so even the magi and the shadowless king teamed up to assassinate, can not hurt me, I do not believe he can have any means!” Liszt’s self-confidence is from a source, this assassination once again proved that fate The power of the ignorance of him, all intrigues and tricks are invisible.

Next, Laird talked about the strength of the face of the Guishuang Empire.

The Imperial Dragon Nest is home to thirty-one dragons, including twenty-two dragon knights, which are much stronger than the general kingdom. Fortunately, most of the dragons in the Guishuang Empire are used to fight against the glory of the glory. Otherwise, it is easy to annex the small countries around, and it has already expanded to the east.

Then Laird talked about the political pattern of the legendary mainland.

The glory of the glory is recognized as the first strong country, followed by the Blue Dragon Empire, and finally the Guishuang Empire. These three empires often fight, and the pattern is similar to three pillars. Next are the eleven kingdoms, as well as countless duchys, and three major city-states.

The city-state is a small family of dragon-raising families. It exists in the form of a mercenary group. It is mainly used to fight against the Guishuang Empire. The Guishuang Empire is the only empire that likes to plunder small countries.

Because the distance is too far away, the magical civilization has unexpectedly declined, which makes the expansion of the empire more difficult. Otherwise, in the past few thousand years, there will always be a dragon who can unify the legendary continent.

“So what do you think of the destruction of the ancient moon empire?”

“I don’t know, but according to my persistent exploration of ancient ruins for many years, I can judge the age of the moon empire, and suddenly a huge destruction of catastrophe broke out. From then on, the whole magical civilization collapsed overnight, and then knight was in this film. Developed among the ruins of civilization.”

“Are you heard of Mafa mainland?”

“Do you know Mafa?” Laird couldn’t help but look at Liszt. “Yes, there is indeed a Mafa continent similar to the legendary continent. There are close contacts between the two continents in ancient times. On the Mafa continent The magician also completed the unification, called the Sun Empire.”

“What is the ending of the Sun Empire?”

“It’s hard to say clearly, but I personally infer that at the same time as the Moon Empire, the Sun Empire collapsed. And the old sea also has civilizations, that is the civilization ruled by the mermaid. Some of the relics I have discovered have appeared in the sea, and Ship in the sky.”

“The ship of the sky?” Liszt raised his brow.

“The flying ships that fly to and from the Devil’s Sea, the moon empire, the humans of the Sun Empire era, don’t like to ride ordinary boats, they always fly in the sky, shoulder to shoulder with the dragon.” Laird is very emotional, for every magic As a teacher, the magical civilizations of the ancient times were ideal countries.

“How much do you know about the dragon?”

“Of course, this magical creature has been studied a lot. They are the embodiment of the magic limit and represent the embodiment of some truth. As far as I know, there should be thirty-six kinds of gem dragons, seventy-two metal dragons, eight kinds. Elemental dragons, five sacred dragons, and three evil dragons…but the specific types are not very well understood.”

“Do you know the evil dragon?” Liszt is interested. “What do you know about them?”

Laird sighed: “So you know the evil dragons…you shouldn’t, here is the ridiculous countryside. The little kingdoms such as the eagle, the steel ridge and the blast furnace are not getting the news of the evil dragon. ……Yes, it must have been taught by Aisha Lord Roydes. I didn’t expect her to be so young, so she learned so widely.”

This is heard in Liszt’s ear, and it always feels so unobtrusive – is he teaching Aisha, not Aisha to teach him!

He is the recognized scholar of the Fire Kingdom Magic Guild!

Stay informed of NEWEST chapters of The Defeated Dragon with notification directly sent to your email.