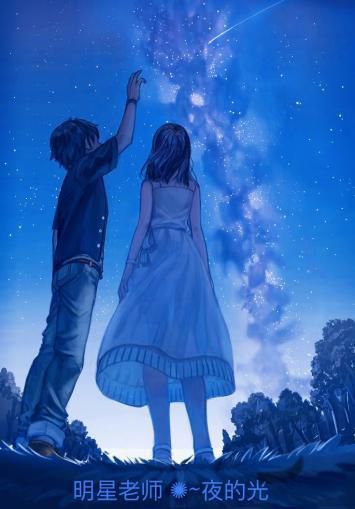 This micro-Bo has no title.

Straightforward, very beginning is a short sentence: 'married', three words. Before and after these three words also added fireworks to celebrate expression.

And then another one, 'there is a special someone in a poem, oh. 'Song when you are old original poetry is luminous next to the pool Liu smoke reading.

Willow pool to poetry smoke made a microblogging luminous know, or he read a sentence, Liu pool smoke a sentence to remember it, but he did not know Liu smoke actually the pool to get married, also micro-Bo ah! The original pool Liu smoke in the car say is true!

Luminous forehead cold sweats, think about the tens of millions of fans willow pond smoke, there are a few who know will not be mad crazy extreme, it was not really flesh out then people hate go die ......

Weibo also attached a picture, this picture is not to let the luminous guilty.

Liu Xin loss pools cigarette and gave him a way out, only took a marriage certificate housing, which is not open to shoot, that I do not really want to hide their relationship made public directly, and luminous felt him this morning and not just to be awakened by the phone so relaxing, yes, I have to get up luminous gas that was awakened by the phone has a relaxing thing.

Luminous make up a bit of his brain was exposed and then Willow pool crazy fans anger hate smoke, strange and deadly various die, shudder.

Catkins 10086: "map with the truth, alas, Liu goddess had married, sad, feeling not in the pink."

Catkins 583: "Upstairs roll, pseudo-powder, Liu married a goddess even if we have pink in her life but really sad!!"

Xuan know: "! This is a big news ah Liu goddess had married incredible?."

Catkins 102: "You are not stupid upstairs Liu goddess can get married do not think about what day it is??."

I let fly: "I say, I forgot, see the news when too surprised, forget today is April Fool's Day how could Liu goddess of marriage.."

Catkins 411: "Liu goddess too naughty, but still open to us this April Fool's Day joke."

Catkins 109: "This shows that we are approachable goddess Liu family thing."

Catkins 832: "If I had the IQ line, I almost believed Oh, April Fool's Day joke, silly missing are taken upstairs.."

Fans willow catkins pool cigarettes have been claimed, Liu pool yesterday microblogging smoke out of it, and instantly fans on the bombing, at the beginning there are a few fans thought the pool Liu smoke say is true, (indeed true) but then someone realized that yesterday micro-Bo Liu pool when the smoke is April Fool's Day,Liu smoke on when the pool is in and they opened April Fool's Day joke, behind the surprisingly consistent wind comment actually, all that smoke is in Willow pool and they opened April Fool's Day joke.

Secondly, Liu pool smoke in the public eye has always been beautiful, pure and noble image, suddenly, marriage, little news and no, it is unexpected, then the subconscious mind of many fans also do not want to marry Liu cigarette pool, nature gave found himself a seemingly perfect excuse, April Fool's Day joke!

Luminous relieved, continue to look at the comments below message.

Domineering: "Liu poetry goddess and the day before yesterday, it also has a!."

Waiting for love: "But one man loved the pilgrim soul in you, you love the pain of aging of the face wrinkles that I was a conquered if someone love me so much, I immediately married.!."

Nanyang Han: "according to a burst upstairs, as long as the length of passable brother to marry you!"

Catkins 662:. "Write too beautiful little doubt it is not written by a willow goddess."

Prowess: "Indeed not, did not see the goddess Liu said someone write it?"

Catkins 451: "That's silly upstairs Liu goddess of marriage in order to meet the April Fool's Day joke to say this is our home Liu wrote goddess!!!"

The truth Dili: "If it is not April Fool's Day joke?"

Catkins 051: "Before upstairs online trouble with IQ, April Fool's Day in your home to get married ah?"

Luminous Khan, well, me and your family, do not! Liu Goddess I and our family is those two fools. In a message read some of the comments, actually are not talking about things slowly to get married, but more concerned about the issue of smoke Liu pool poem, and occasionally jumped out to individual users questioned about the marriage thing, immediately it would be considered a large number of married April Fool's Day joke is wise to spray the users can not take hold! In the end, not even being talked about things willow pool married smoke, as if the smoke had not said Liu pool general, are trying to focus on talking about Willow pool smoke issued the song "When You Are Old."

Luminous took a deep breath, felt picking up a life. Thank you for your wise friends!

It would be Ganqiao, Liu smoke and luminous pool marriage is April Fool's Day, under no coincidence that it is exposed in the Civil Affairs Bureau, Liu thought luminous pool so the smoke will certainly be the first without the knowledge, turned around and did not think she micro-Bo. Although there is no marriage certificate inside shoot out, but this is considered as clear as noonday made public a Okay. Liu pool because the smoke is angry,So let the fans really want to hate dead luminous? impossible!

Luminous grew more and more surprised, Zhe Nizi want to do? He seemed a little afraid to get married thing to be exposed? Would dare openly micro-Bo, also yesterday was April Fool's Day, we all thought it was April Fool's Day joke, or pool Liu smoke microblogging an issue, even if fans do not have to write a letter, but who believe there is absolutely no less online get a copy uproar. I will not speak luminous problem will not be a fan of fury hate death. Liu said the pool of smoke, he is not afraid to get married trouble and brought her influence?

Luminous do not understand.

Stay informed of NEWEST chapters of My Star Teacher (updated) with notification directly sent to your email.