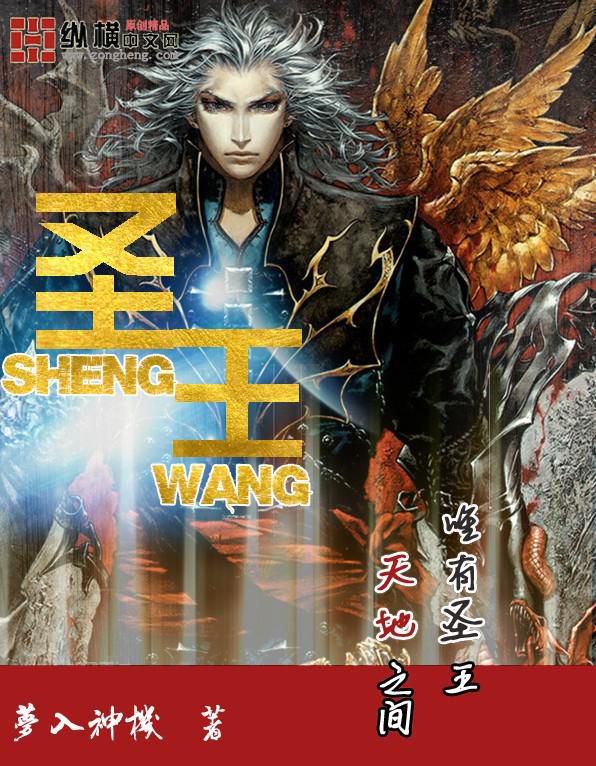 The golden cockroach, named “Tyrant Heaven Golden Mace”, does not know who made such a mighty arrogance, but the attack power is indeed powerful. Yang Qi was hit, and it is based on Divine Grade Qi Art. Fighting the power of the stars, the power is sent out and the Gate of Space is blasted.

Otherwise, this force goes directly into the body and is still unbearable.

Of course, the Great Emperor Tower can also enhance the solution, but still have a meridian backlash.

In the golden shackles, full of sturdy golden energy, energy is like gold liquid, very pure, shining, seems to have driven a golden river into it, a very advanced kind of energy, between the waves, the whole world Can be turned into a gold country.

“Good baby, I am not attacking Crown Prince without weapons. This golden scorpion, mighty and overbearing, exerts all the power, I am afraid that even the Great Saint can hurt, and a sniper can make Crown Prince’s head bloom.” Yang Qi Grab this weapon in your hand and start refining. The energy in the body is crazy into the golden shackles.

Just then, the sudden and violent whistling came from afar: “My Spirit Origin Path weapon, Tyrant Heaven Golden Mace, is Antiquity Great Saint. It is the treasure of Zhenshan. Who dares to snatch refining? Condemned!”

The whistling voice arrived at Yang Qi not far from the people, and the atmosphere was arrogant.

This man is a middle-aged man, wearing a battle armor, blood stains on the armor, seems to be extremely trembling, just returned, the devil’s breath is still wrapped around the body.

Obviously it is the return of the devil from the battle of heaven.

He held Jin Zhenyun with one hand and entered true qi. You can see that the true qi of the alcohol and Jin Zhenyun’s body injury were all made up, and then a pair of eyes looked at Yang Qi: “Why are you in our Spirit Origin Path? The site is in chaos? Don’t hand over the Tyrant Heaven Golden Mace, get to the door of our Spirit Origin Path and plead guilty, we can let you go.”

Yang Qi saw that with the breath, I felt that the middle-aged man with blood-stained armor was a stronger Half-Saint than the Undying Transformation powerhouse.

Half-Saint, the Crown Prince, is a man who can make Great Saint in half a step. It is much more powerful than Undying Transformation. It can burn the sea with a little movement, and the law of escapement is like a duck.

“I also killed devil in the sky, occasionally landed, hit realm on the site of Spirit Origin Path, with some of your primal qi, but I gave you enough compensation, and you are next. Why? Want to kill me?” Yang Qi said a faint tone.

“Senior Brother, that’s it.” Several people next to me quickly went up to explain the powerful “Half-Saint”.

“This is indeed the case, Senior Brother, this person suspects that the head is very big, has a very high plane of blood, so we advise Jin Zhenyun not to do it, but he still started.” That Lantian Bo continued.

“This thing is worth discussing.” Half-Saint middle-aged man looked at Yang Qi, his eyes lit up: “This friend, Tyrant Heaven Golden Mace wants you to return, this baby is no different, once lost, my Spirit Origin Path I must be all out, even the Great Saint Grade will be alarmed, come to kill, and you can not refining this baby, which has the will of Antiquity Great Saint, can not be suppressed. Once forced refining, must encounter backlash, Instead, there is a great disaster.”

“Is this the etiquette of your Spirit Origin Path?” Yang Qi waved a little gold and swayed the golden ocean: “I was almost killed by your people, and I expressed enough goodwill in advance, you are not Apologize, but ask me for this gold?”

“Let’s relax!” Jin Zhenyun’s face was dull, and he spurred his own true qi. A stock of gold true qi emerged. It seems that he is going to take back the gold.

However, the golden cockroach was caught in the hands of Yang Qi and did not move.

“fiend, you dare not let go of Tyrant Heaven Golden Mace, you must die without a place of burial!” Jin Zhenyun looked fierce, like a wolf like a tiger, was made by Yang Qi, his face could not be hanged, especially he saw many Sect has a taunting taste on the face of the door.

And Yang Qi is Legend 3 Transformations, Void Transformation. The level between the two is different by six levels, but he is now completely crushed and has no chance to fight back. This is a joke.

Yang Qi ignored him and waited for the answer from Half-Saint.

If the Half-Saint powerhouse didn’t answer well, he left. Now the cultivation base, it is calculated that the Great Great is chasing him, and he may not be able to kill him completely.

Going deep into the storm of time and space, looking for the hell monsoon, nothing happened.

“In this way, you give Tyrant Heaven Golden Mace to us, all the things, a write-off, you can also go.” Half-Saint indulged for a while before slowly speaking.

“That Jin Zhenyun took my cultivation and rushed me with Tyrant Heaven Golden Mace, even if it was?” Yang Qi said.

“What about you?” Half-Saint’s eyebrows are vertical. “My Spirit Origin Path is one of the three thousand Grand Dao of the Chendan Continent. It has been passed down from Antiquity Great Desolate! This thing has already given you face? Are you really? Want our Spirit Origin Path to apologize to you? Who do you think you are. The character of Great Saint Realm? Or the antiquity overlord? Or, do you want to find an excuse to swallow this gold?”

“Ha ha ha ha!” Yang Qi heard this and suddenly laughed: “Sitrit Origin Path, Tyrant Heaven Golden Mace, I accepted it! You are so self-sufficient, this baby, still want to return? Tell you, after that, don’t I thought, I will leave, you should look for it.”

Yang Qi flew up and rose to the sky.

“Let’s stay!” Half-Saint middle-aged man finally couldn’t stand it anymore. With a palm of his hand, the sky was soaring, a bright military song rushed to the sky and slammed against Yang Qi. For a while, the world seemed to There have been thousands of horses and horses, and they have been smashed and killed. Countless soldiers have appeared in the air and turned into a cage.

Half-Saint middle-aged man punched the void, and the teleport reached Yang Qi’s side and hit it with a punch.

The flames of the four-faced war have fallen, and the Half-Saint middle-aged man’s boxing is like a martial art. The offensive is sharp, and the gas is like a sword. It runs straight through a blood-stained road.

“Good!” Yang Qi is not weak. He is now promoted to Void Transformation. The primal qi has reached a certain level. He is trying to compete with people to test his success. This person is a Half-Saint, Crown Prince is also Half-Saint, he fights this person, it is also to warm up for the Crown Prince.

Bang! Yang Qi palms condensed, a spear appeared, straight against the stamp, Spear of Nether God’s trajectory with Heaven’s Fate since ancient times, the temperament of the war, pierced the martial law, and attacked the palm of this Half-Saint .

“Let you be true qi how strong, how high energy, but after all, the change is too low, let you see, my heaven and earth! Bing!”

The half-Saint middle-aged man screamed and grabbed the palm of his hand. Suddenly, a true qi ancient character with a thick breath, shattered nothingness, appeared in front of him, resisting Spear of Nether God.

Antiquity, the operation reached the extreme, making the primal qi between heaven and earth become his soldiers.

“What is this Qi Art?” Yang Qi’s spear was blocked, but his martial technique was ever-changing, and the assassination was changed to sweeping. Suddenly a spear swept over, smashing the army and shaking in the sky.

“Young people, come down to me!” Half-Saint middle-aged man tumbling, primal qi big mountain one by one, thousands of heavy, any primary qi energy has become his army, at this moment he is primal qi commander The thousands of horses and horses are in his palm, ordering the world, and dare not.

Qi Art cultivation base, really only one step away, it is the best in the world and enters the Saint industry.

“boast shamelessly!” Yang Qi is pedaling, his face is indifferent, and Spear of Nether God is expanding again. Every hit breaks a piece of prime qi. He screams and screams in the sky, and there are countless white holes in the moment, appearing behind the body. , the white hole is open, hehe! Millions of Void God Thunder were sprayed, the Yangtze River, the hail landed, and the body of the Half-Saint middle-aged.

“You can actually understand the Void God Thunder? This is the means that the Great Saint has!” The Half-Saint middle-aged man supported it, and a huge mask appeared around him, resisting the baptism of the gods, and he attacked again with five fingers. The left hand “Bing”, the right hand “Army”, the two major attacks, one shock, broke the thunderstorm: “Unfortunately, I am Half-Saint, these Void God Thunder can’t help me! Give me a win!”

After repeated offensives and vain, the Half-Saint middle-aged man must tear apart Yang Qi and the world behind him.

Yang Qi opened her eyes and looked solemn. The blood in her body was in Surging. First, various lights rushed from his body, and Angel’s Wings opened.

Half-Saint’s middle-aged man’s attack fell through, and even the soul could not be locked. He completely lost the shadow of Yang Qi’s.

“Not good!” The Half-Saint middle-aged man immediately returned to his heart and tried to shrink his mask to make it more protective. As he concentrated the mask, a spear appeared from the moment. The cock hits behind his back.

“The force field is distorted!” Half-Saint middle-aged man was stunned and angry. He did not expect to be forced to reach this level by Yang Qi. In the violent roar, his body mask, Qi Field, instantly turned into a field.

A battlefield, centered on his body, appeared. He lives in the battlefield, and the primal qi space in the whole field is all battle flags, drums, and army……..