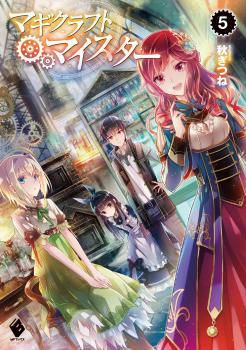 “Jin, that’s bad, but there are places to go soon”

Marcia took the arm of Jin who is thinking,

“I can not participate without registering today.”

Jen also has to hurry if asked if it is the deadline of registration.

I will run down the street in the order of Marcia, Jin, Reiko. It was the central street of the port town, where we arrived at the big stone building that attracted eye-catching eyes.

“This is Potlock’s town office”

As I said so, Marcia opened the door and entered into it, Nitatsu followed it too.

So the person who called out is the same as Marcia in the age or slightly above, gray eyes on brown hair. I wonder if it is a nobleman, I am dressed in disgusting clothes and I have two escorts.

Marcia replied as so and the man gave a small tongue. Regardless of that,

“I’d like to participate in the golem boat competition,”

Marcia who applies for special reception.

“Yes, then we will check the members.”

As the staff at the reception said so, Marcia beckoned Jin.

I am Marcia. Golem Production Manager

As I told you, Marcia asks to Jin.

Or is it in something? ”

When Jin answered, the clerk,

I said. Reiko who heard it progressed.

“What is the problem?”

I managed to ask somehow. Then,

“If you can make something with the materials prepared here”

I said that and pointed at the door to the next room. Jin is

Then I headed to the room with the staff. On the way back,

“Marcia, Reiko. I will return soon”

And the door was closed. At that time, there was no one who saw a dark smile on a man who called Marcia.

There is another staff member in the room,

“Then, please use this to make something and show it.”

The clerk placed a piece of copper on the table and said to Jin.

“Okay, what shall we make?”

Copper lumps are smaller than fists, and not much to make. Cup, dish, candlestick ……

Hitoshi decide what you make is, immediately put the magic in hand.

At that time, although I felt a slight incongruity,

I activated magic regardless of it.

It was what you found. ”

on the other hand,

In the hall, the previously bad guy was talking to Marcia.

If I do not approve it I will not qualify for competition in the end. ”

“As the word is, he is a man with only his tongue,

What if you are not something? ”

Mariaia was resented when he told me so.

“Do not be silly, Jin is not like that”

Marcelia who forgets to use the polite speech and shouts at the ground. However, the bad guy does not care,

“Well, I do not know. I can understand it soon.”

While doing so, the door opened, an officer and Jin came out.

The clerk kept silent and showed up the things I got.

It is a bronze statue about 10 cm tall. No, it should be called a doll.

In the orphanage era, Jin was part of a bite and helped in the prototype production of figure figurines.

Although I am not good at original design, it was Jin who made it better than others if there was a model. That technology

However, it was demonstrated without regret.

“That’s fine, why is this swimsuit!”

Marcia complains about dyeing his cheeks. That clothing was a one piece swimming suit.

“Why then do you know my swimwear figure !?”

“No, there is imagination.”

I accept that it is ”

“You did it, Marcia”

“Since it is OK at a later date, please register the team name”

Marcia who receives the presented participation chapter and embraces her chest.

“Since I won the championship, I do not need it”

Beside that, the bad guy pulled off clerk to the shade,

“No, no, I let you work with that table, as I said! But he made the statue in the blink of an eye so quickly, because the person in charge of the exam was also watching, I could not make it misleading ”

“That’s a table that contains the magic team of magic invasion disturbance, is not it a different table?”

“There is not it, I have confirmed the landmark properly”

“Damn, did you grab a defective item?”

The bad guy was going to regret, but I thought whether he thought of it, laughing disgustingly,

“Well, there is still a hand”

Potlock town mayor, the chief of the competition chairman, was looking at Marcia figure Jin made. And a word.

“Yeah, this year’s official swimsuit will go with this!”

Reiko seems to have thought about seeing himself as Jin’s work, but it seems to be a big fuss if it does it.

Before, there was no pointless disturbance. And a bad guy, the name did not come out this time.

And the competition chairperson ……

I was surprised that the idea of ​​the ship from everyone arrived like a mountain. I was deeply aware of the desire of my idea. I am sorry that the answer will not come out this time. Although next time a rival will come out for a moment, it is a while ahead of Jin to start.

I’ve almost finished writing this chapter for the time being.

So, we added Marcia in this swimwear appearance to the setting collection.

Thank you for reading.

Since swimsuit charges are also included, 10000 Torr is the correct answer.

Stay informed of NEWEST chapters of Magi Craft Meister with notification directly sent to your email.