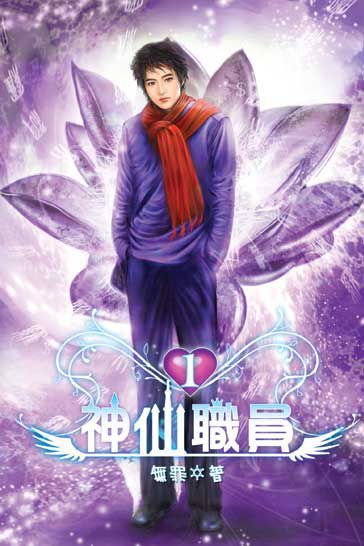 "Aunt has not done any large-scale excavation here recently."

"Ah no, is there any empty house for rent or resale here?"

At the door of the community, a middle-aged man dressed in a suit and looks like a successful person is chatting with the two aunts who are sunbathing at the door. And he was parked next to a black Audi a8. It looks very grand.

"There are empty houses everywhere. There are a lot of people who want to resell them. It’s just the feng shui here..." The two aunts are very fond of this seemingly successful person who sees this middle-aged man seem to be building here. When I was very interested, the two aunts also wanted to kindly remind the middle-aged people that the feng shui here is not very good. It used to be a mass grave. Many people bought a house and didn't live here.

But the two aunts haven't finished talking yet, but the middle-aged man in front of him looks straight and white like a ghost in the day, and his hands and feet are a little shivering like a convulsion.

The two aunts followed the eyes of the middle-aged man, but now it’s two big priests who walked into the community before the big one, and the two weird priests used a more An eccentric gaze looks at this straight-eyed middle-aged man.

"Do you know?" The two aunts asked the middle-aged man's reaction very strangely.

After this sentence was exported, the middle-aged man couldn’t say a word as if he had been exhausted by all his strengths.

"Dragon Tiger Photographing the demon bell to enlarge the mixed-size towel. Avoiding the evil jasper scorpion mother-in-law away from the soul sword. Any magic weapon on these two people can take their own life and Longhushan and Sanqingshan arrogantly the world's famous door decent Demonstrating is already, but they obviously see themselves, but why don’t they care about themselves? What kind of plane do they want to do?”

When the middle-aged man fell on his car, his body was already as cold and sweaty as being washed.

"The two people must have come out of the madman or want to confuse me and swindle money." Zhao Lingjun said to Meng Xue when he closed the door. "Is it still older, does my age look so big?"

Meng Xue listened to Zhao Lingjun and said that he couldn't help but laugh. But seeing Zhao Lingjun still shining with the faint blue light, Meng Xue felt a sadness.

"You can take a break before you sit down." Zhao Lingjun quickly took up his underwear that was casually thrown on the sand and shouted at the bedroom: "Little white, white..."

"Little white?" Meng Xueyi said, "Do you still have someone else in this room?"

"No." Zhao Lingjun did not see Xiaobai ran out of time when he was a little nervous. "Little white is the stray kitten that I adopted."

"Oh." Meng Xue secretly breathed a sigh of relief. When Meng Xuezheng wanted to talk to Zhao Lingjun, Zhao Lingjun had already entered the bedroom anxiously."What's wrong?" Meng Xue looked at Zhao Lingjun, who was looking up and down in the room and looking around.

"Little white is gone." Zhao Lingjun's forehead is already covered with a dense layer of sweat.

"Maybe run out to play." Meng Xue did not know why Zhao Lingjun was so nervous. "Maybe you will be back when you stay."

"No." Zhao Lingjun carefully looked at each corner of his bedroom and said. "White is very embarrassing, it won't run around."

"But it is a cat again." Meng Xue looked at Zhao Lingjun's anxious look to persuade Zhao Lingjun.

However, Meng Xue saw that Zhao Lingjun, who had not found the kitten in every corner of the bedroom, stood up and was a little lost. "Little white is not an ordinary kitten."

"What are you talking about?" Meng Xue finally felt a little wrong.

"The kitten also ate a blue pill that was exactly the same as what I ate today." Zhao Lingjun looked at Meng Xue and took a deep breath and said slowly.

"What?" Meng Xue suddenly stared at Zhao Lingjun after a big meeting. Meng Xue was incredulously asked, "How did your pills come from?"

"You said this medicine is in the black box that fell out of this lotus flower?"

Zhao Lingjun spent more than half an hour to get this black lotus flower and how to feed him Xiaobai. He took a medicinal medicine and carefully told Meng Xue about it. Meng Xue looked at Zhao Lingjun from the cupboard. The black lotus can't believe that a big black metal box can fall out of the thumb-sized black lotus.

"If someone else said this to me, I wouldn't believe it." Zhao Lingjun smiled a bit and then placed the black lotus in Meng Xue's hand. "But you can throw it on the ground and try it."

When the heavy feeling came from the palm of his hand, Meng Xue couldn't help but tremble slightly. But after taking a deep breath, Meng Xue finally stabilized his heart and threw the lotus flower to the floor of Zhao Lingjun.

Zhao Lingjun also took a deep breath and prepared to watch the black lotus bloom in midair. However, Zhao Lingjun only heard a bang.

Zhao Lingjun only saw the black lotus lying on the floor after playing twice on the floor.

Zhao Lingjun blinked his eyes but the black lotus did not change as much as before Meng Xue’s hand fell.

"How could this be? Is it a failure?" Looking at Meng Xue’s stunned eyes, Zhao Lingjun could not help but

The black lotus was caught in the hand and then dropped on the ground.

The scream of "ah" sounded through the entire community in Zhao Lingjun's bedroom.

"How do you lose it without responding? I will react if I lose it?" Looking at the black lotus floating in there, Zhao Lingjun could not help but look at Meng Xue.At this time, Meng Xue finally calmed down and looked at the lotus flower Meng Xue, who was floating in front of him and was constantly lit with colorful light. He couldn’t help but want to reach out and touch it.

“How could this be?” Zhao Lingjun vaguely remembered that when his fingers touched the petals, the petals were as warm as they were. But now Meng Xue's fingers seem to have just passed through a group of virtual light and shadow without touching anything. "Do you have any feelings?"

"No," Zhao Lingjun said as he subconsciously extended his finger and clicked on the floating lotus. "Not so...."

Zhao Lingjun originally wanted to say that it would not be so weird.

A black metal box slammed in front of Zhao Lingjun and Meng Xue, and Meng Xue was scared and eclipsed.

"I rely on..." Zhao Lingjun looked at the metal box and suddenly caught it.

"Is it really what you said in this box?" Meng Xue was blushing and asked Zhao Lingjun with a mosquito-like voice while Zhao Lingjun was staying.

"That is what I opened for you to see." Zhao Lingjun said that he was going to open the box.

"No need to use it." But Meng Xue immediately blushes and shakes his hand. "I will go to the bathroom first."

"Oh is over there." Zhao Lingjun ordered his bathroom. Zhao Lingjun was awakened when he looked at Meng Xuefei and ran into the bathroom. "I want to show her the s*m appliances that seem to be really sloppy."

Such a thought that Zhao Lingjun felt very embarrassed, or he quickly put the box away. But when Zhao Lingjun wanted to reach out and click on the lotus, Zhao Lingjun suddenly heard a scream in Meng Xue in the bathroom.

Stay informed of NEWEST chapters of Celestial Employee with notification directly sent to your email.