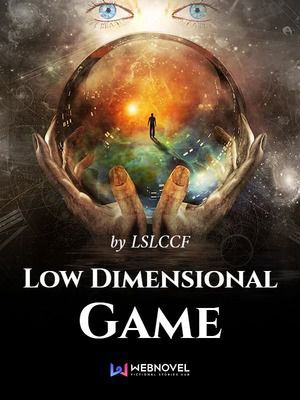 Before the palace of Primmonius, the ceremonial squadron of the squadrons greeted the two teams with a sword, and Verdantti wore a skirt with a bright silver helmet on his head, kneeling on the knees of the aged King Nalando.

All the way, wherever he passed, Verdant and her dragon squad were treated as heroes. Flowers, applause, cheers, and worship were always with them. This time, no one in the whole kingdom knows Dragon's name.

After a series of ceremonies, Verdantdi took over the ring given by the king and the book of the Baron. From this moment, she became the master of Valtu, the northernmost land of the Kingdom of Ngido, where all the year round. It is very cold, but it has a lot of forests and minerals.

But it is also the most chaotic place in the Kingdom of Ngdo, where there are prisoners of exile in the kingdom, close to the Amos Ice Sheet, and there are hundreds of thousands of orcs of various tribes. No one wants to be the lord in this place. Because most of them only have to go back.

And Verdant insisted on choosing this place. At the time of the canonization ceremony, Ai Pu Li stood behind the king and wore a gorgeous costume, and instantly became a noble and holy princess.

Verdantti took the ring that symbolized the baron and stood up. He immediately saw everyone cheering in unison, and everyone shouted a name.

For everyone, from an ordinary person, to a knight, leap into a baron, slaughter a dragon, rescue a princess, get a fief, such a story, just like the legendary knight story in the novel, and such a Things happen directly in front of them, watching a poor boy with nothing, step by step on the peak of life, this shock and impact is huge.

Everyone tells the story of the Dragon Slayer, and even more hopes that he can become the next one, as if his legends and experiences can be replicated. Anyone who can bring courage and a little luck can become The next protagonist, whoever thinks that he is a special one, will not think that he is bad luck.

A few days later, the Dragon Squad, who enjoyed the general treatment of heroes in Primonius, was ready to travel to the North to accept their territory after feeling the glory and glory that belonged to them.

Will Dante drove a horse, wearing a armor with a long sword, pulling the reins and gradually moving away from Primusius, followed by Ibrahim, Aaron, and Tiertan, three of whom were personally enshrined by her, four rows of people. As soon as he was ready to leave Primonus, he saw a figure in front of him wearing a cloak and holding a white horse waiting on the hillside.Ibrahimovic and Aaron immediately took the reins, and the horse stopped after a moment of squatting. They immediately looked at Verdanty and whistled. Verdantty turned red and was overwhelmed. The horse came to Ai Pu Li.

Verdantly stared at Eply with shame and annoyance: "What do you want to do?"

Ai Pu Li’s mouth smashed and she didn’t want to be a werewolf. Instead, she was more like a fox: “Come to you!”

Ai Pu suddenly asked: "What is your real name?"

Eplimo read it twice, and nodded with satisfaction: "Weil Dante, we will meet again!"

At this moment, Aaron looked at the figure of Verdanty, then turned to look at the south. Wherever he crossed the endless territory of the orc kingdom, he could see the world of mankind, and the original look of Lang Lang became gloomy at once. It is cold.

"The Cretan Empire, and the Church of Light, I will give you to me, and I will give it back to you!"

With a ride on the smoke, Verdantti took her knight, and finally began her new journey, which opened the curtain of the orc revolution.

According to the records of Nimoson Dodd of the human historian Dodd family, it is also considered to be the ultimate important year for the rise of the orcs. The king, the king of heaven, the Lord of the Holy Sword, the Holy Seville emperor, and Will Ilanberg, who has countless titles, finally rose in the northern part of the Kingdom of Ngdo and began his legendary life.

In the capacity of Baron Valto, Lion King, the 100,000 orc tribe on the Amos Ice Sheet, was integrated into a chaotic situation scattered in the northern part of the Kingdom of Ngdo and became a large lord of the mercenary side.

In the same year, the king of Ngdo died, and Ai Lili’s brother Raymond Gayton took over the old king’s scepter and crown and became the new king. The new king, Raymond Gayton, was a arrogant and arrogant man. The incomparable people are extremely vocal about Will's reputation as the orc country and its influence in the country, not to mention that Will also holds a heavy hand, also belongs to a member of the Ngiddo royal family, and has the right to inherit the throne.

This made the new king, Raymond Gayton, very jealous of the Earl of the North and his brother-in-law Will Ilanbergi. From the day he became a king, he tried to suppress the Northern Landlord Will Ilanberg.

The friction between the two sides has escalated, and in the political struggles and public opinion struggles, Raymond Gayton has always been at a disadvantage. This has caused the prestige of King Raymond Gayton to be hit again and again, and originally supported the new King Raymond. Gayton’s major lords and aristocratic classes gradually lost confidence in him and even maintained a wait-and-see attitude.In the thirty-eighth year of the Gregorian calendar, Raymond Gayton declared Will Ilanberg as a traitor, abolished the identity of the Earl of Will Ilanberg and the lord of the North, and launched it to Will Ilanberg. Crusade against war.

The horseshoes burst, the dusty, the mighty Northland army, carrying the banner of the golden lion on the red bottom, entered the Primo Nuis, a group of strong knights riding high horses, followed by Verdantine Behind him, like a flood of torrents, the city that symbolizes the kingship of Ngiddo is stationed.

All the subjects looked down at Will Dante, the new owner of the king, crouching on the ground, shouting her name, and April Narando took over the position of the lost king of Raymond Gayton and became a The Queen of the Kingdom of Kitdo is also the third king of the Kingdom of Ngdo.