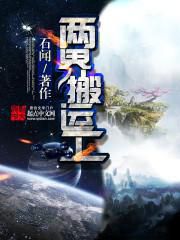 Lan Xin did not move, entangled: "Bai Xiong, I can't walk freely in the underground like you, even if you can barely move forward, you can reach the entrance to the end of the world and chase us to kill us countless times..."

Also, Poplar said: "The blue brother, you are guiding, I will take you over."

Nodded, Lan Xin closed his eyes and seemed to be sensing something, then blinked and pointed at the side and said: "White brother, face"

Surrounded by mud and petrochemical powder, if the tide surges, the two poplars will be pushed against the wall and pushed to the entrance.

Lan Xin mastered the emperor, and the emperor was the weapon of the master of the emperor. Now she has the empire to recognize the Lord, more or less accepting some information about the emperor's grave, it is not difficult to find the right entrance.

It is said that this is a trouble, and there is no day in the underground, especially in the case of the chasing after the end of the world, even the opportunity to identify the direction is not there, the two rounded around a large circle actually came here...

The white poplars braked urgently, and the inertia caused them. The two men slammed the wall, and Lan Xin posted the wall. The poplars stuck her back, and they couldn’t catch it. Lan Xin was squeezed out of his throat and spit out a breath.

I gave the others a top, although nothing happened, but Poplar still said: "That, I didn't mean it. I remember to inform you in advance, you suddenly turned me to me and I reacted a little."

"Come on, wait for the end of the world to catch up." Lan Xin pushed Poplar a good air, and did not seem to care about this sudden intimate contact.

"Oh," Poplar reacted and followed the direction of Lan Xin.

Quietly rubbed his chest, Lan Xinyi turned a blind eye, just that is enough to be embarrassed, will not be crushed?

"To the blue brother, the evil spirit of the emperor's tomb has been absorbed by me, and the emperor has been received by you. Since this time, Chu Tianya has held the emperor's grave. Should he be touched by him? Can you really trap him?"

The atmosphere was a bit awkward, and Poplar had nothing to say.

Lan Xinzheng said: "Bai Xiong, Chu Tianya thinks that the emperor's grave is too simple. No, it should be said that he thinks that the strongest of the heavenly emperor is too simple. Although the emperor's grave is a dead object, it is not his Chu Tianya. I want to figure out what I can figure out. From this complete wall, I can even be sure that he has not been able to enter even the real emperor's grave. At most, he just turned around in the fake grave outside. It’s a shame that the head has gone in, but the head of the section is dead. It’s hard for Chu Tianya to understand the specific situation of the emperor’s grave.

Poplar nodded thoughtfully: "It is this truth, the head of the section is also the emperor of the emperor. Although she does not have a strong Chu Tianya, she first discovered that the emperor's grave only made a sword and did not dare to go in. However, it can be imagined that the real emperor's grave must be no danger, otherwise she will not have to bother to plan the soldiers."

Did not explain what, Bai Yang all the way according to Lan Xin's instructions, half a minute later came to the entrance to the emperor's grave.As the rock layer turns into a powder, the poplar only feels in front of the rock, and immediately emerges from the rock formation. In front of them is a huge space, high hundred miles, square stars dotted with many illuminators, like the stars in the night sky, the space is a very The big square, the material of the square floor is the same as the wall.

"This is the entrance to the emperor's grave." Lan Xin pointed to the left.

The poplars turned and looked at them. From the place where they came out, they went down the wall for dozens of miles. The center of the space had a huge portal. The height was ten miles, the door was closed, and the surface of the dark metal door had rust. Traces, simple and vicissitudes of life, do not know how many years have existed.

There are words on both sides of the gate, and seven on one side, but it is a word that Poplar does not know at all.

"The sword smashes three thousand yuan, but the thief is conspiring to count" Lan Xin muttered to himself.

Lan Xin pointed to the words that Poplar did not know on both sides of the gate and said: "The translation of the words on both sides into the Chen Dynasty language is probably what I just said. I am afraid that it is the lament of the owner of the emperor's grave before his death."

At this time, there was a strong roar in the distance.

"Chu Tianya chased, Bai Xiong, let's go in and say!" Lan Xin changed his face and immediately led the way to the front door, and took a look at the left and right, and gently stepped on a floor that was indistinguishable from other masonry.

This opened, and Bai Yang’s heart is not to be the blue xin of the emperor. If you change someone else, you don’t know how much effort you should waste.

The two entered the door, and there was a huge space in front of them, except for the illuminating body of the top star, which was empty and nothing.

"Do not look at the white brother, here is just the periphery, you look at the traces around, obviously Chu Tianya sent people to search, come with me," Lan Xin said, this time she changed her path with Bai Yang.

The road went straight ahead, and after a few hundred miles, another door appeared in front of them, but it was open and continued to move forward...

Bai Yang’s gaze seems to penetrate the void, and he found that there are many layers of doors in front of him, all of which are open. It should be opened when Chu Tianya sent people to search down. So he didn’t have to work hard, he simply went to the heart with Lan Xin. Where it is.

After the Baiyang entered the emperor's grave for one minute, the outer square edge

The rock formations shattered and Chu Tianya stepped out. When he saw the door opened in front of him, he immediately became familiar with it, and then realized that he actually ran back to the emperor's grave.

"Alright, let this place be your burial place, you should feel great honor in the death of the emperor's grave." He whispered to himself, stepping out and quickly chasing it in.

Both Poplar and Lanxin walked straight forward for thousands of miles. When they came to a huge space with thousands of miles in diameter, Lan Xin called and stopped.When I came here, Poplar looked up and found a huge crack in the top of the space. Although the crack did not transmit light, the poplar could feel the air coming from the crack.

This crack is clearly straight to the outside world, and 80% is the crack that the original evil leaked.

"Bai Xiong, look at the heart of this place, have you seen the coffin? The emperor was once placed on the side of the coffin." After coming here, Lan Xin pointed to the front.

Aspens look, there is really a coffin in the heart of this place, the coffin is very simple, just a stone sarcophagus, three meters long, in a platform five meters above the ground.

Lan Xin, I really thought that you would ask the expression like this: "White brother, this is the sagacity of the Emperor of Heaven. You see, is there any trace of human search for the only place where the coffin is placed? You It can be understood that the step of placing the coffin and the emperor is at the core of the emperor's grave. We can see it, but we can't touch it. It can be said that it is in the other place, because he is in another space, Chu Tianya does not understand, perhaps it is in the strong against the heavenly emperor. The awe of the person is also not enough for himself to enter the real core place!"

At this time, a majesty in the distance came with a murderous voice.

He slowly walked over and watched the eyes of the two poplars as if they were watching the dead, but their eyes flashed, it seems that they are not so anxious to kill the poplars at this time.

Lan Xin took the poplar to the direction of the coffin and retired: "That is of course, is the emperor of Chu interested in going to the real core of the emperor's grave? Maybe the Emperor of Heaven has left a lot of good things!"

"Oh, since you know how to get in, you are of course interested in seeing it, but you have to take it down!" Chu Tianya sneered, stepping out, moving over and changing like to rush to the first two Take the method of asking to enter the core of the emperor's grave, as for killing people is not in a hurry for this time.

Lan Xin Shen Shen, at this time she and Bai Yang have come to the place where the coffin is placed. When Chu Tianya wants to approach them, the Lanxin hand emperor appears, and the backhand stabbed the step of placing the coffin.

The Emperor’s hand in the blue ancestors was only Mi Xuchang. When the sword was close to the steps, the first half was bent, and it was not really bent. It was like a chopstick inserted into the water and became inconsistent.

This is not the refraction of light, but the first half of the emperor has inserted another space!

Seeing such a situation, Chu Tianya’s face became accelerating and rushed, and the big hand explored the volley and grabbed it.

However, he was still a little late. The blue Emperor's hand was inserted into another space, the coffin step that could not be touched. A crack was just pierced by the emperor, and then Lan Xin held the hilt.

Rumble...The entire emperor's grave is shaking. In the process of shaking, starting with the steps of placing the coffin, the space fluctuates like the water surface, the speed is extremely fast, and the blinking time is stable, which is like an illusion.

However, in this short moment, everything around it has become different!

They are still in this space, but they are different. The first thing that blames is that the crack that leads to the outside world is gone. Secondly, there are some things that did not exist in the empty room.

The sudden changes made Chu Tianya become cautious, and the action of the shot stopped the speculation around.

Lan Xin pulled the emperor out of his hand and looked at Chu Tianya’s tone. “The emperor of Chu, this is the real emperor’s grave, but still satisfied?”

Stay informed of NEWEST chapters of Porter of Two Worlds with notification directly sent to your email.