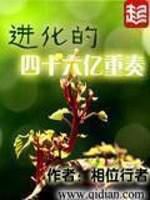 "What is the use of blocking them? Not saying that…"

Here is a big swamp.

The spy and Bilu are at one end…The creature was just very fierce on the back of Lin's creature named 'The Bard Crow', but now it is just a body floating on the swamp.

The spy and Bilu rode on it, screaming at it, floating slowly on the swamp.

Ruby was quite opposed to it because it felt that the hairless creature was too disgusting, and Lin is now …It feels quite interesting to see this creature.

It is those…The ordinary crow evolved to seem to be looking for food in the swamp. The swamp here has many foods suitable for it, like insects.

Then over time, the crows have been trying to sneak into the depths of the swamp, living in the swamp, their feathers…It slowly degraded and became a more bald shape that is more suitable for swimming in the marshes. It is simply a normal evolutionary phenomenon.

Of course, in this space, both the speed of evolution and the process have been greatly accelerated, and its size has been greatly increased. It can be used as a spy and a dew…Boat

Swim in the vast swamp, Bilu has been complaining about disgusting things, while spies are testing the surrounding trees and plants.

In fact, they are hard to say whether they are plants or animals, because the surrounding trees all have muscle structure and nerves, but they are still as fast as ordinary animals.

But they all have a strong defense ability, and if they attack them casually, they may suffer a bit.

"Veronica classmates…Let's find some other way, like dumping the tree and not being a ship? "

Bilu looked at the tree next to it and saw that it was preparing to take out the blade to cut it. The spy stopped it: "First float a distance and say."

"Why do you have to sit on this body!"Bilu was talking, suddenly it sounded like something: "Yes, how is this corpse moving?"

Both the spy and the dew are not rowing…It should be said that it is a corpse, but the body of this large crow is slowly advancing.

"There are some small creatures carrying corpses under the body."The spy said: "They are taking us forward."

Even so, but Lulu did not want to cut trees again…Just beside it.

The creatures I saw before in the jungle on the wall are still…Normal, and the creatures here are mostly weird, in the case of Ershimin's aesthetic.

Many of them look like huge skeletons, or they are like pale bodies, and most of them don't have normal sensory organs.

The sensory organs are like eyes, noses and other parts that grow in the head and are close to the brain. They are common to most living things on Ershi, but the creatures here…

Their sense organs can be said to be everywhere, some are all, and some are far apart…Looking at these creatures, the bald at first was very normal.

Lin feels that this place may be a special location in the evolutionary space, specifically for the location of these weird creatures.

When the Corvus passed a 'small island', the spy suddenly jumped over and landed on the island.

“Whoa! It’s finally down! ”Bilu also jumped over, but it quickly questioned: "Why come down?"

ThatThe spy pointed to the body of the bald that was still moving forward, but it didn't go long, it suddenly sank, and then there was a lot of noise under the mud…Strange sounds.

"It was eaten."The spy replied.

"Wait for the next boat."

During this time, Lin also paid attention to it…Outside situation.

After the raven was solved, the spy cut off one hand and sent it out, but this time the situation was not ideal, because the location of the transmission was still near the pipeline.

However, this time it was not on the tumbling person, it was directly transmitted to the void, but only about a thousand kilometers from Midgart, too close.

It seems that I have to go further afield. At the same time, Lin also paid attention to the previous things…

Before the spy made a drill bit, the hand drilled into the depths of the frozen world, and found some white star ice sculptures, and found a…creatures

This creature is relatively small. Its size is about one millimeter. It is one of the micro-residents living in this underground. It is also the most intelligent micro-resident. This miniature organism has a relatively complete nerve, and can even be called a brain. It is.

In its memory, Lin can look at its previous things.

This tiny creature was originally a very large population, and they themselves lived in the creator.

This place has a very large creator, which is similar to the common creator form, living underground, and the body spreads like underground, which is composed of countless tentacles.

This small creature is considered to be part of the microbes in the creator. Their population is one of the 'beneficial bacteria' in which the waste is treated. Of course, they are not fungi, but micro-multicellular organisms.

This creature itself is nothing special, but I don't know why the nervous system evolved.

And they can share and pass in the nervous system…Knowledge, so each generation has the knowledge of the previous generation, even though Lin found this probably a final individual, it also has the memory of the entire population.

In their memory, the creator itself has always been good, and suddenly at some point the environment began to cool sharply, then everything…Frozen up.

They also left the creator's body and lived outside.

During this period, they received some creators…Brainwave signals, do not know whether the creator is talking to himself or to whom, these signals are recorded in the nervous system of the microorganisms.

In the signal, the creator calls this cold phenomenon 'self-freezing' and expresses it very quickly…After about a hundred years of pompoms, it will 'recover'.

Stay informed of NEWEST chapters of 4.6 Billion Year Symphony of Evolution with notification directly sent to your email.