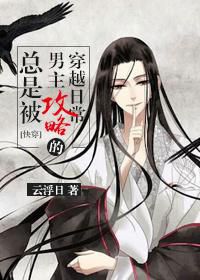 N is a male dormitory,

A footstep sounded from the winding stairs.

Only to find out that this is the footsteps of two people. A footstep sounds very calm,

Another footstep is a bit vain.

That foot is vain,

The young people who have a little bit of baby fat and are obviously drunk have lost consciousness.

Long eyelashes cast two small shadows on the drunken face, and the white face was already drunk with a large piece, and all spread all the way to the neck.

Then covered by the round neck of the T-shirt.

His head squatted on the shoulder of a slender figure beside him, his soft hair slammed his shoulders as he moved.

The arm is soft and hangs on the side of the body.

The slender waist is gripped by a well-defined palm, firmly fastened to the side of the figure.

The voice-activated sensor light at the corner of the stairs senses the sound coming from below.

Suddenly, the face of the slender figure next to Li Luo’s face was shining.

This is a handsome face that is impeccable.

The outline of each point is just right,

Enough to make countless female creatures crazy for him.

But at this time, the eyes of this male public enemy are always placed on the side of the youth who are with their own gender, and the look in the shackles is clearly extinguished.

The young man who leaned on his shoulder did not know what was dreaming.

The long eyebrows wrinkled, and the lips, which were reddish for a few degrees, squirmed a few times, spitting out a few fuzzy words, revealing the bright red tongue hidden between the white teeth.

He calmed down and took control of himself from Lero’s face. He never thought that someone would be able to control his emotions like this. He is the next master of the family, and his education from small to large allows him to respond perfectly to all the changes without any obvious emotional fluctuations.

Until this evening, the young man he was holding now sat on his lap, and he did not feel "tempted" him. He thought of the scene at that time, and the light could not help but become more and more dull.

Yes, he is heartbroken for the youth he is holding.

The people of the family, once the heart is moving, that is, they will not empathize with their love for a lifetime, and only the one who gives him the heart will be identified.

The squatting squatting in this way, holding Li Luo, finally went to the fifth floor 505, took out the key and opened the door. After turning on the light, he immediately closed the bedroom door again.After scanning the lap, he basically did not stay in the dormitory for a few days. He squatted and Li Luo came to his bed. The table under Li Luo’s bed was very clean and squatting. From Li Luo, put him on the table. Li Luo’s body was unsupported, and on the soft side he lay on the table.

Then he stood up, leaned over and leaned on Liluo's waist, lifted him directly and squatted on the shoulder of his side.

Li Luo did not respond in the slightest, still closed his eyes, and slept very deep.

He also took off his shoes and then clung to the iron ladder with one hand. The other hand protected Li Luo. He climbed up without any effort, then squatted on the bed and placed Li Luo. On his own bed.

When Li Luo touched the soft bed, his face immediately squatted on the bed and slept more.

He looked at Li Luo's slightly open, seemingly with the lips of the moist steam, could not help but lean down, holding Li Luo's small chin, forcing his lips to open again.

His twilight was dim, his face slowly approaching Lero's face, but he stopped when his lips touched Lero's lips.

Then he put his hand on Lero's face and rubbed his fingers with Li's soft lips until he reached the reddish layer of Li Luo's lower lip. He stopped his hand. Taking a deep breath and suppressing his own temptation, he wants to directly kiss the young man who is sleeping in ignorance to the suffocation. He slowly lifts his body and then pulls the thin quilt on the side. Covered by Li Luo.

Now that he has been identified, he will include him under his own wing. The other half of the person he identified was only him.

When Li Luo woke up, he only felt that his head was still a little dizzy, and then he remembered what happened last night, and immediately felt that his entire face was burning again.

He was drunk and there was nothing wrong with it, but he still remembers what happened after he was drunk last night. This time, he was still the same as himself at that time, still doing that.

Although I know that if it is not such an episode, he may not be able to live with him for a lifetime, but still feel very much when he thinks about himself at the time.

Li Luo couldn't help but bury his face in the quilt, ready to be an ostrich.

Li Luo quickly climbed out of bed, and after he thanked him, he took the glass in his hand and drank it cleanly. Warm honey underwater, I don't know if it is a psychological effect, Li Luo suddenly felt a lot more comfortable.

After seeing Li Luo drinking honey water, he naturally took the empty cup from his hand and then said: "You have to brush your teeth first, and I have bought breakfast."

"Okay, thank you, my classmates." Li Luo did not quit, and immediately went to the bathroom.

Because I played too high last night, I was also confronted with the rest of the bedroom that Li Luo woke up almost at the same time, looking at the calm and calm down.

They originally thought that after Li Luo woke up, he would definitely find Li Luo to settle accounts, so they had already discussed how to help Li Luo last night. If you really want to fight, you should also persuade the rack. .

I didn’t think that there was nothing in this morning, and I didn’t see anything like peace. I didn’t know if it’s their illusion, and it’s like the oppressive momentum that lingers in the body. It seems that It seems a lot softer than usual.

Everyone couldn't help but be shocked again, God, did they not get it wrong? Did you still buy breakfast for them? !

They can't restrain themselves and look out the window. Are they still dreaming? Or, is the sun today actually rising from the west?

You can't blame them for being too amazed. After all, the number of times you have been in the bedroom has been a handful.

Not to mention that he did not have too many intersections with any of them. He did not even say a few words, and the entire living and detached person was not close to the high cold male god.

And this kind of indulgence, actually brought breakfast to all of them?

After Li Luo’s washing, I thought about the last night and couldn’t help but wipe my face with a towel.

I thought that a few years ago, I was as embarrassed as I am now, but I thought that I would be uncomfortable after drunkenness, and brought him honey water and breakfast. He remembered himself at that time. It is also very embarrassing, but still apologizes to Shen.

Now, he naturally wants to apologize with him. After all, although he was drunk last night, but he was inexplicably kissed by others, it is still true that he must not be drunk, so nothing happened.

Li Luo washed his face and let himself calm down, then took a sigh of relief and walked toward the shackles."Hey, I was drunk last night, so I will be like that... I am sorry."

He did not speak, and the deep eyes watched Li Luo still carrying a red cheek. He paused and said: "Nothing, you don't have to worry."

Li Luo got the same answer as the previous one. He suddenly smiled without any burden, and did not notice the rich desire to see his smile after seeing his smile. Look.

At that time, it was because the squatting and the surface did not look the same. It seemed to be very good, and he would get better and better with his sorrowful feelings, even better than his most irony buddy Li Lang.

It is also from this day that the number of times that the sputum has appeared in the bedroom has increased significantly.