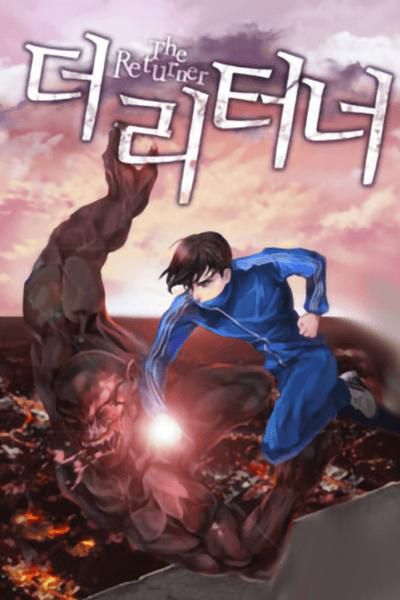 At the end of Lee Ji – hyeok, Choi Jung – hoon glared at his head.

Of course, there are many ways to play in the amusement park, but I wonder if I need to share Joe.

There are not many people, only ten or so.

"Once you distinguish between ordinary and competent."

Lee Ji-hyeok's remarkable statement, as if Ayyun took for granted.

"You are asking for the very natural. Captains do not have a sense of crisis, they can take off anytime and anywhere, so you can not help but feel the thrill even if you ride the same rides. So if the public and the competent are mixed, the selection of the apparatus becomes ambiguous! "

Seo Aoyung, who was blocked from speaking, looked at Lee Ji-hyeok.

This man was a human being who could make a logical statement!

"Ha, but the number is not right, sir! There are only four people who said that they are ordinary people! The competitors are Lee Ji-hyeok, Seo Ahn, Jeong Hae-min, Do-joon Yun, and me! Four and five! "

Uh, is it weird? You should have one more?

Kim Dae-hyun was embarrassed for a moment. But he did not shake that much.

But! It's not dangerous to go to the public! So it's a good thing you have to have one of your ability to command! "

"There's something dangerous in an amusement park!"

"Whoever promises that those characters suddenly go crazy and rush to people, does not make a horrible thing happen! Then if the child gets hurt! "

"Sicom is also sick. Go to the hospital. "

It's a bottle, too. If you are bullied as much as you are, and if you come out with only your sister's story, you can see that it is good on the topic of raising a bully.

"So you want to go with your brother?"

Lee Ji-hyeon looks like a worm, even though it looks like Kim Dae-hyun was dead and bowed his head.

Do you want to play with my brother when you come to this?

It was something I could not imagine if I was a sane person.

If Lee Ji-hyeok tells me to play with Lee Jae-won now, he will vomit blood and fall down.

Lee Ji-hyeon looked at Lee Yeon-won, who had a new-looking expression in the corner, and shook his head.

The best performer in Korea is not a person who looks ordinary in his brother's eyes!

"But I think it's okay to say that one of the abilities should go together. Actually, should not it be bad to be careful? "

Choi Jung – hoon gave his side and Kim Dae – hyun watched him with his throbbing eyes.

NDF was the only home.

It was certainly not wrong.

Lee Ji-kyou said with a tongue.

"When something happens, my brother will only take care of me."

I had to be ignored by the only NDF player.

"Then who goes with you?"

Someone shook his hand before he could even choose.

I was very surprised because Lee Ji – hyeok had a headache.

The person holding his hand was standing.

It sure is safe if Ai-young goes together.

Above all, it was easy to check the situation because the ability was excellent, the class was high, the responsibility was unexpectedly surpassed, and the fire would come on during a crisis.

I think it's optimal, but that girl … Why are you volunteering?

Among them, Kim Dae-hyun is close and the remaining are four, but it is more fun to play with Lee Ji-hyeok and Do-ja Yun and Jae-hwan Min.

It is like a sister and a sister, but it is still my favorite sister.

'But is this right?'

Would not it be a realistic help to force it away from me?

So, there was a man who caught the hand of Ai Young who was seriously concerned about the reality of his sister and brother.

She was amazed by the power of his subtle, powerful hand, and lifted his head.

Kim was holding her hand tightly.

I think you know why.

"You said you wanted to come this way?"

But no! What a difference! Then there's no reason to change … … "

Kim Dae-hyun closed his mouth when he felt a grim hand touching his mouth behind his back.

Here is a moment to imagine what will happen to a word or more.

Joe was completed in this way.

"Thank you my sister and mother."

“…It would be 100 million times safer and more secure to take care of yourself. "

One step at a thousand miles.

But why am I stuck in the corner of my heart?

"Will it be okay there?"

Though the combination is subtle, well, it is a different thing.

In the meantime, Park Sun – deok opened his mouth quietly.

Park sangdeok watched his back from behind in a natural way.

Seo Aoyong, who felt some kind of unbelievable fright, looked around, but Park Sun-duk was just smiling at her mom.

What was that?What is this anxiety?

Jeong Hae-min was jumping like a junior high school student in the amusement park for the first time.

Lee looked at the scene and kicked his tongue.

"Good physical fitness, at that age."

Lee Ji-kyeong looked at the top and bottom of Jeonghammin with an uncertain eye and nodded his head.

When Jang Ha-min suffered from a stone fastball deep inside his belly, Kim Dasom held Lee's arms and pointed to one side.

A huge roller coaster came into my eyes.

I was lonely, so I thought I'd ride like a carousel.

There was no reason to leave.

For Lee Ji-hyeok, there was nothing like a child's bumper car or jet.

The thrill is what comes out of the crisis, but there was nothing really fun because there was no sense of crisis in the first place.

At that moment, however, Togawa took the arm of Lee Ji-hyeok.

No, if a competitor is afraid of it, how do you do it?

The roller coaster is scary on the subject of fighting monster!

Is this the girl who ran the Drake herd by stepping on the foot of Apeldrieche in the sky above the zombie dragon?

A woman who cleaned up a situation that would have squidward even if she was only one foot was scared of the roller coaster?

What? Why are you scared? "

The polished grace pointed from his shoulders to the front of his chest.

Safety devices Can not escape. Unable to cope with derailment. "

So I can not take off because I'm holding my safety device tight. If there is an accident in such a situation, I can not escape by her power.

He may be afraid because physical strength is not a strengthening.

One is burning, one is not burning, what should I do with this?

Lee Ji-hyuk came up with the best answer he could think of.

He was a god and pointed to one side.

"Let's go over there! Character-shaped pizza too! "

"Do you enjoy eating the shape of a rat's face? Where does man fall? "

This is a very cute story!

Do not interpret it that way!

While Lee Ji-hyeong was grumbling, when he was dragged into a food wagon in the hands of Cho-Hae-min, there was an eye on them from afar.

Christopher McClaren eyes his telescope with his tense face.

Even though the fire is coming out from the mouth like a huge sajajeul come out.

If you want to play, you will be playing in your country, and what are you doing in the country of yours?

Special surveillance targets, especially Lee Ji-hyeok, were nothing but moving nuclear bombs and could not catch eyes.

Christopher pulled his eye back on the telescope again, as Lee grabbed a rat face-shaped pizza, which he said was evidence of a human fall.

"I think you should check."

The face of his servant reporting to him was bruised.

Christopher, who felt that things were unexpected, rose from his seat.