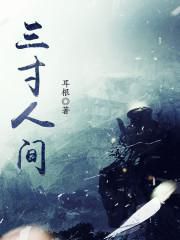 Wang Baole sighed with a deep sigh, and now covered the big stone shell, moving slowly in this spiritual town, cautious, for fear of encountering more than two inches of spiritual root.

He felt that after entering this spiritual hometown, the experience was really too strange, both to make him happy and helpless.

However, he also knows that the specific reason is not important. The most important thing in front of him is to find a two-inch spiritual root.

“When I find the two-inch spiritual root, I am not afraid of it. In the spiritual root that turned into my appearance, I took a lot of three inches!”

In this way, time passed slowly, Wang Baole’s big stone shell, how much played a role, so that when he sneaked in the jungle, although he also encountered some spiritual root illusion, but there is no change before, this scene Let Wang Baole finally breathe a sigh of relief.

But he also saw that it can’t be too close, otherwise the hidden effect of this big stone will be greatly reduced, until two days have passed, the Four Great Dao Academy students in the spiritual town have each obtained some opportunities. At this time, Wang Baole was excited in this jungle, looking at a spiritual root phantom in front of his sight.

Almost at the moment he rushed out, the spiritual root phantom turned his head and turned into Wang Baole’s look. Before he even shot, Wang Baole’s fist crashed down. With his formidable power, he will soon This two-inch spiritual root is directly broken up.

Absorbed the blue color of the two-inch spiritual root collapse, Wang Baole shakes the whole body and feels the original inch of the body’s spiritual root. At this moment, it is quickly replaced. After two inches, he has some feelings of tears and excitement. They are shaking and laughing.

“Now I don’t have to keep hiding, little spiritual roots, your Grandpa Wang is coming to you!” Wang Baole laughed and put the big stone shell hidden in the figure, he felt that he is very powerful now, even It is to encounter the spiritual root phantom that changes to its own appearance, and it does not have the headache as before.

After all, with a two-inch foundation, he can absorb three inches. At this moment, Wang Baole only feels that his heart is too comfortable, the speed is breaking out, and he is galloping in this jungle.

Perhaps it was luck on the road, that is, two hours, Wang Baole was about to shuttle through the jungle, saw a three-inch spiritual root, looking at the round slim body of the other, handsome handsome face, Wang Baole haha Laughing, I rushed straight past and blasted it up.

After seeing that the spiritual root in the body has been replaced by a three-inch length, Wang Baole is more excited and has a better mood. He only feels that the beautiful sky is more beautiful than usual, and he walks forward with great swing.

Far away, Wang Baole saw the mountain peak that he had been chased by the group of spiritual roots before, and he felt like a gorgeous turn, and he could not help but come to mind.

“I was forced to come here a few days ago, now… I am back, little spiritual roots, you are waiting for me!” Wang Baole is very angry, just about to speed up near the mountain peak, suddenly, notice the jungle in front I was actually drawn on the cordon and circled.

At the same time, from the circle of the jungle, there was footsteps. When Wang Baole looked, he saw two women wearing black robes, and while they were walking, they whispered to each other.

These two women are all students of the White Deer branch, and they all look good. Even wearing black robes is hard to hide the youthful and beautiful atmosphere. One of them seems to have just finished the medicine, while walking, and attaching a button.

Although Wang Baole doesn’t know, everyone is a member of the Four Great Dao Academy. After seeing these two women, he is going to say hello, but the two women just swept their eyes and directly recovered, as if they didn’t see it. In the same way, walked in front of him.

“I saw four today. This fat man is called Wang Baole. Forget it, don’t say this damn guy, we are here to be alert, don’t let people break in.” The two women passed by Wang Baole At the time, the words of the whispered conversation were introduced into Wang Baole’s ear.

Wang Baole wanted to say hello, and it was a bit strange. He looked back at the back of the two women and looked down at himself. He looked a little weird. He finally looked up at the circled area, eyes flash .

“Would they find out what baby?” Wang Baole moved inside and curiously continued to move forward.

Walking and walking, there were more women’s voices in the jungle. Wang Baole blinked and his eyes became serious. He kept walking until he walked a short distance. He saw it at a glance. In the jungle in front, there is actually a pool of water!

In this pool, there are actually three or four girls in the White Deer branch, taking a shower…

There are three or five people around, some are on guard to prevent accidental intrusion, and some are wearing clothes…

For boys, it doesn’t matter if you don’t take a bath for a few days. For those girls who are not cultivators and can’t use magical technique to cleanse themselves, this secret realm is an oasis, but after all, it is surrounded by the desert, and the temperature is not low. If you don’t take a bath, your body will be slimy, and in the process of looking for the spiritual root, it will inevitably run and fight, so they will gather together and use the water pool here to cleanse the body.

This scene, directly like a thunder, banged over Wang Baole’s head, his eyes slammed wide, everything in front of him was too irritating, so that he could not bear it.

“So many small white rabbits… oh, there are big white rabbits…” Wang Baole also stunned. He only felt dry and heartbeat, his heart beat faster, his eyes swept all over, his sweat on his forehead, and realized the consequences. Not small, so I am about to escape.

But his sudden appearance, although these girls who are taking a bath and changing clothes and alerting, stunned, but soon, their eyes were swept away after Wang Baole, they directly ignored.

“What happened here, it’s all dead fat, I see seven or eight today.”

“Forget it, don’t worry about him.”

After the words of these women were introduced into Wang Baole’s ear, Wang Baole, who was about to escape, squinted and suddenly realized the problem. It was because there were too many spiritual roots that turned into their own appearance. In this spiritual hometown, people at Four Great Dao Academy often meet themselves.

Maybe they will have some reactions at the beginning, but now that they can see a lot of situations every day, it is estimated that they have adapted to the habits, and now they are regarded as spiritual roots…

This made Wang Baole tangled, and it was very difficult for him to stand there.

“What should I do? If I tell them, I am really Wang Baole… then they must be very angry. If they are angry, they may lose their senses. If they lose their mind, they will affect their access to True Breath spiritual root. Four Great Dao Academy are all people, I can’t do this!”

“I can’t just turn around and leave, it’s too obvious, hey, it’s a headache, these girls, why should you bathe in front of me!!” Wang Baole felt very embarrassed.

“But it, I will grieve myself.” Wang Baole sighed in the bottom of his heart and felt that he had sacrificed a lot for these girls, so he controlled himself and expressed his expression and continued to walk towards them.

As they approached, the women turned a blind eye to him, and Wang Baole’s heartbeat accelerated again, especially when he was near the waterhole. There was a girl who had finished washing and stood up straight and walked past him…

All this, Wang Baole’s breathing almost did not hold back, and the bottom of my heart could not help but raise the feeling of strangeness. I continued to slap my face and walked past them until I walked a long distance. Wang Baole was loose. A sigh of relief, but at this moment, the place where the women bathed behind him came with a hesitant voice.

“The spiritual root just… is a bit strange.”

After the hesitant voice came out, in an instant… the pool was silent, but very quickly, there were bursts of screams of different strengths, which came out instantly.

Wang Baole complexion changed, but did not slap and ran. Instead, he immediately took out the same shackles as himself, and after giving instructions to let him run wildly, he quickly took out the big stone shell and covered it directly. at every turn.