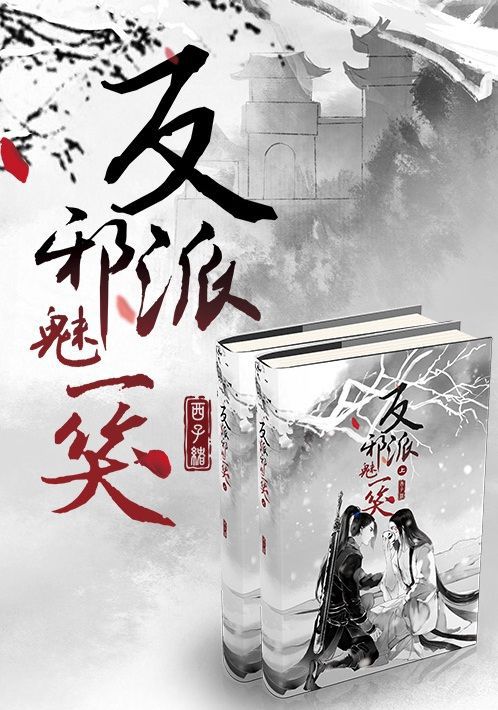 A Smile from the Villain

Shen Fei smiled and didn't know what happened to him. He began to practice after Qin Kailu went out. However, I don't know why, the mood that had always been clear has actually experienced strong fluctuations.

The eggplant noticed the abnormality of Shen Feixiao. It was anxiously turning around the circle with Shen Fei, obviously knowing what happened to Shen Fei’s body, but even if he knew it could not speak, he could only surround it. Shen Fei smiled and called.

Shen Fei smiled and sat on the ground, his brows wrinkled tightly. The original calming spirit was like a hot boiling water. He was rolling around in Dantian. The pain of the spiritual violent let Shen Fei laugh involuntarily gave a painful □, he Gritted teeth, and soon the mouth of the mouth overflowed with bright red blood.

Breaking from practicing Qi to building a foundation is a difficult process.

The original limited sea is constantly expanding under the impact of spiritual power. The meridians in the body have not been able to withstand the huge aura injection, and even have signs of damage. To some extent, Shen Fei’s luck is really counting. Not too good.

"Shan Yun Xiao Ji" was originally a counter-intuitive practice. The method of gathering aura described is enough for a qualified monk to practice in the most apocalyptic place of the Aura. The aura of the place where I lived in laughter was not enough, so I didn’t feel that there was something wrong. However, when Shen Fei laughed into the aura of abundance, the power of Shan Yun’s small memory suddenly appeared.

However, in half a month, Shen Fei laughed hard from the refining period to the base period. Although the speed was very fast, it was because of the speed too fast that he buried the hidden dangers of his foundation.

And this hidden danger, when Shen Feixiao is about to break through, completely broke out.

Opening a pair of bloodshot eyes, Shen Feixiao, who was shocked by the aura of the storm, suddenly smelled a strange scent and pulled his already precarious state of mind back from the edge of the cliff.

What is the taste? Why is it so sweet? What is it... taste, with such an idea, Shen Fei laughed up from the ground, and he squatted down the scent of the past.

Water sound. Standing on the shore, Shen Fei smiled silently at the people bathing in the river.

The man's body is not strong, but it is definitely not thin. The firm texture is wrapped in a tall and straight skeleton. The skin is very white, but it is not pale without blood. It is more like a warm jade. It reveals a faint flowing brilliance, slender. The body is taller than himself. The clear water slides down the shoulders, flows through the beautiful backs, and finally reaches the buttocks of the same shape.

Shen Feixiao never thought that his vision could be so good. He stood in the grass and looked at Qin Kailu’s konjac. He looked at the person bathing in the clear river and slapped a slobber. - Good fragrance.

The mood that was originally calmed down was broken when I saw the man turning around in the river. A golden mask was firmly placed on the man’s face. The beautiful lotus pattern on the mask seemed to be a touch. The singular enchanting atmosphere, the enchanting let Shen Fei laugh lost the wolf in an instant.The latter thing, Shen Fei laughs, I can't remember, he can only barely know from the chaotic memory... He seems to do something that should not be done.

When I woke up, Shen Fei laughed and stood up and found myself lying on a soft mat. He didn't know where the mask man got it. Of course, the most important problem now is obviously not this...

"Are you awake?" Qin Kailu’s mood was very bad. He sat next to Shen Fei’s laughter and his voice was low.

"..." Shen Fei laughed and stiffened, but did not answer Qin Kailuan's words.

"Don't pretend, I know you are awake." Qin Kailu frowned slightly: "Wake up and give it to me."

"... um." The low voice responded, and Shen Fei, who knew the loss, climbed up from the mat silently. He looked up at the mask man opposite, but his eyes were attracted by a visible wound on the neck of the mask. Lived a gaze.

"Look what to see." Found what Shen Fei laughed to see, Qin Kailuo did not have a good air: "Look again and dig your eyes out."

"..." Seeing Shen Feixiao, a look of oil and salt, Qin Kailu did not know what to say, he tangled for a while, or said something: "Give your hand to me."

Shen Fei smiled with a confused expression, apparently did not know what Qin Kailuo meant.

"Give your hand to me!" Qin Kailuo's mood is even worse. He really pinches the neck of Shen Fei's neck and shakes it, and shakes it to see what he is thinking about in this stuffy gourd head.

"Hey." He sighed heavily. Qin Kailu suddenly felt that he was more and more like a daddy. He looked at Shen Fei’s face with no expression, and he had a kind of impulsive and savvy. Of course, Qin Kailu did not make this impulse a reality...

I pinched the wrist of Shen Feixiao and looked at it a little. As expected, Qin Fei’s smile really entered the base period. Within half a year, he went directly from an ordinary person to the foundation. Even Qin Kaikai himself I have to sigh the horrible existence of the protagonist's aura.

But now it is not when he sighs, Qin Kailu will slowly explore the spirit of Shen Fei's hand, and follow the meridian of Shen Fei to Dantian.

... Shen Fei laughed, what happened to Dan Tian? The more the Qin Kai-soo observes the more surprised, the singularity of Shen Fei’s singer has become a whirlpool-like existence. Qin Kai’s spiritual power has just been absorbed and disappeared without a trace. cold

Khan, Qin Kailu did not dare to study again, and hurriedly recovered his spiritual power.

Shen Fei smiled and saw Qin Kailuo's frowning, what he wanted to say, but he held back.

"You are fine." Qin Kailuo is still entangled in the body structure of Shen Feixiao, he thought that since Shen Fei laughed the meridians and did not suffer too much damage, then it should not be too much problem.After hearing the words of Qin Kailuo, Shen Fei smiled and picked up the eggplant that had been squatting beside him. He touched the hair of the eggplant and started to stay... In fact, from the beginning of the mask, his eyes did not come from the neck of the mask. Moved up, the bright red bite marks make Shen Fei laugh all the indifferent heart difficult to calm down, glaring so that he can not ignore.

Qin Kailuo naturally does not know the entanglement of Shen Feixiao. When these things happened, he made him have a bad idea.

"Who are you?" Shen Fei smiled and stared at Qin Kai's masked face, as if to stare out a hole: "Why are you helping me?"

Qin Kaiyu looked at Shen Fei with a blank expression, and was too lazy to entangle with him on this issue... He is now thinking about a more serious issue.

"Shen Fei laughs." Look at the mouth, Qin Kai's voice is very clear: "I should go."

"What?" Shen Fei smiled for a time and did not respond: "You want to go?"

"Yeah." This is the result of Qin Kaixuan's thinking. He knows that Shen Feixiao is going to enter the secret treasures of the Treasure House, but he has not gone to the interest of the drowning, if not with Yan Bing In the transaction, he did not plan to enter the Treasure Pavilion.

"Where are you going?" Shen Fei laughed and held the eggplant. The action was tight: "Why are you leaving?"

"Why should I stay?" Qin Kailu asked unceremoniously: "What do you think I am doing?"

I thought that you came to protect me. Shen Feixiao did not say this sentence. He looked at the black scorpion exposed by Qin Kailu from the mask. Suddenly he couldn’t say anything. The mask man was the first person who had been unconditionally good to him since he had the memory. Although this good may be mixed with other purposes, it is like just seeing the young bird of the female bird just after breaking the shell. It is impossible for Shen Fei to easily release the pair to protect their hands.

"You have to be stronger." Qin Kailu said this when he was very sincere. He knew that Shen Feixiao had no choice but to change. In the following days, Shen Feixiao will experience countless tests. Cruel exception, but it doesn't matter, he believes that Shen Feixiao can stand at the top of the world.

"..." Shen Fei smiled without nodding and shaking his head, and did not answer Qin Kailuan's words, but Qin Kailu saw the meaning of Shen Feixiao from his eyes - he understood.

"I am leaving." Qin Kailuo made his tone softer a little. He said: "I am coming to the secret, but I am just going to look at you. The rest, you have to come."

"Do you know that Qin Shi will send me in?" Shen Fei smiled in his eyes and couldn't believe it.

"I understand." Shen Fei's voice is very light, and lightly makes Qin Kai's heart have some inexplicable hair: "Let's go.""Yeah." Qin Kailu finally did not stay, although Shen Fei's reaction made him feel very worried, but he could not stay, today Shen Fei laughs or thank you is to suck him a blood, who knows tomorrow Shen Will the laughter bite him a bite? He is not the protagonist, there is no inexplicable aura, and if you want to live, you must think about your own life anytime, anywhere.

Even if Shen Feixiao made him very upset, Qin Kailu still had no choice - he had to leave.

Read “ A Smile from the Villain ”

Stay informed of NEWEST chapters of A Smile from the Villain with notification directly sent to your email.